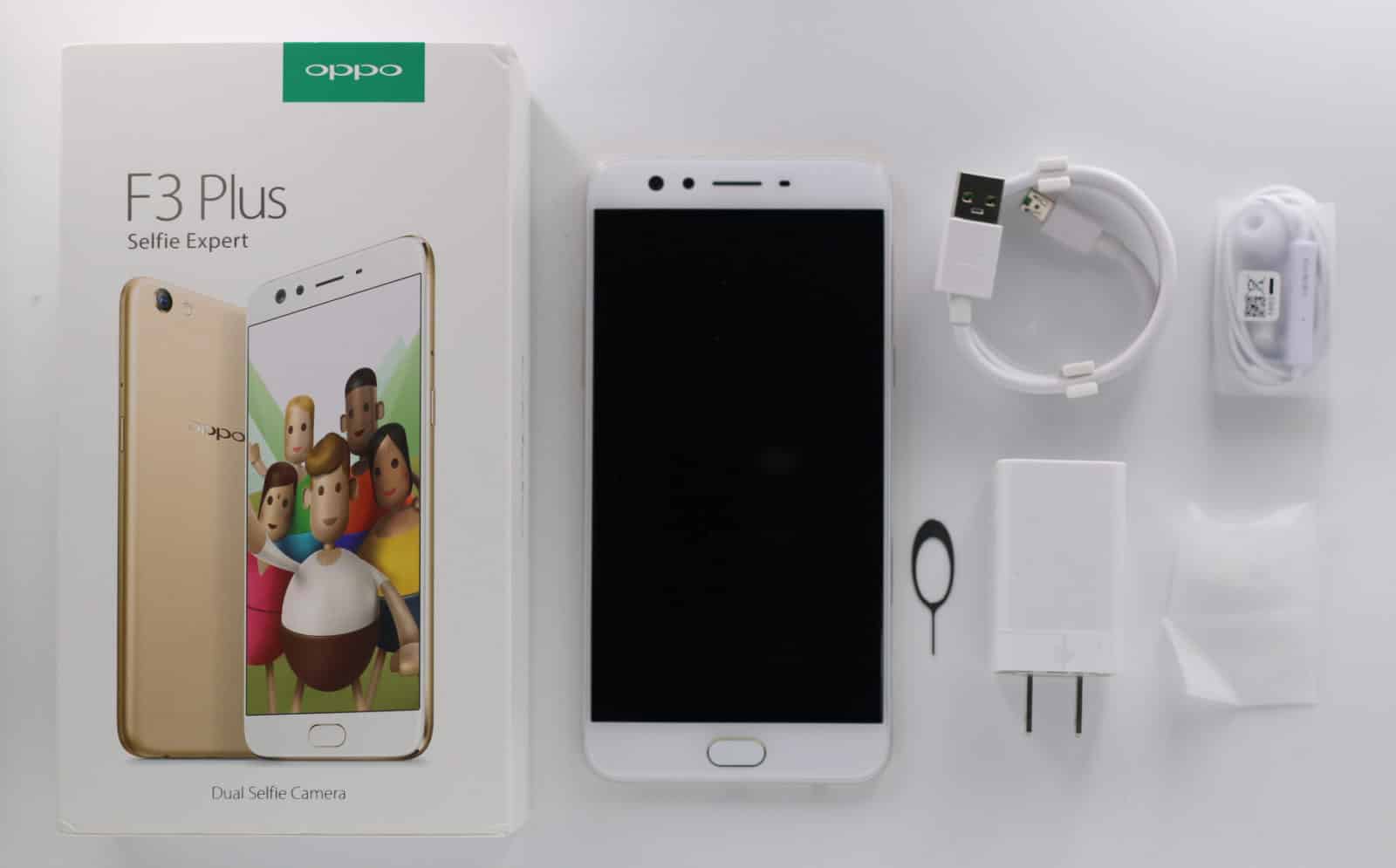 OPPO bet on the selfie craze with its F series of Smartphones and it’s proven to be a good decision since the company is now the 4th largest smartphone manufacturer in the world.

In 2017, Oppo is doubling down. It just launched two new technologies, i.e. 5x zoom and stabilized photography and is refreshing its ‘Selfie Expert’ lineup with the F3 Plus. 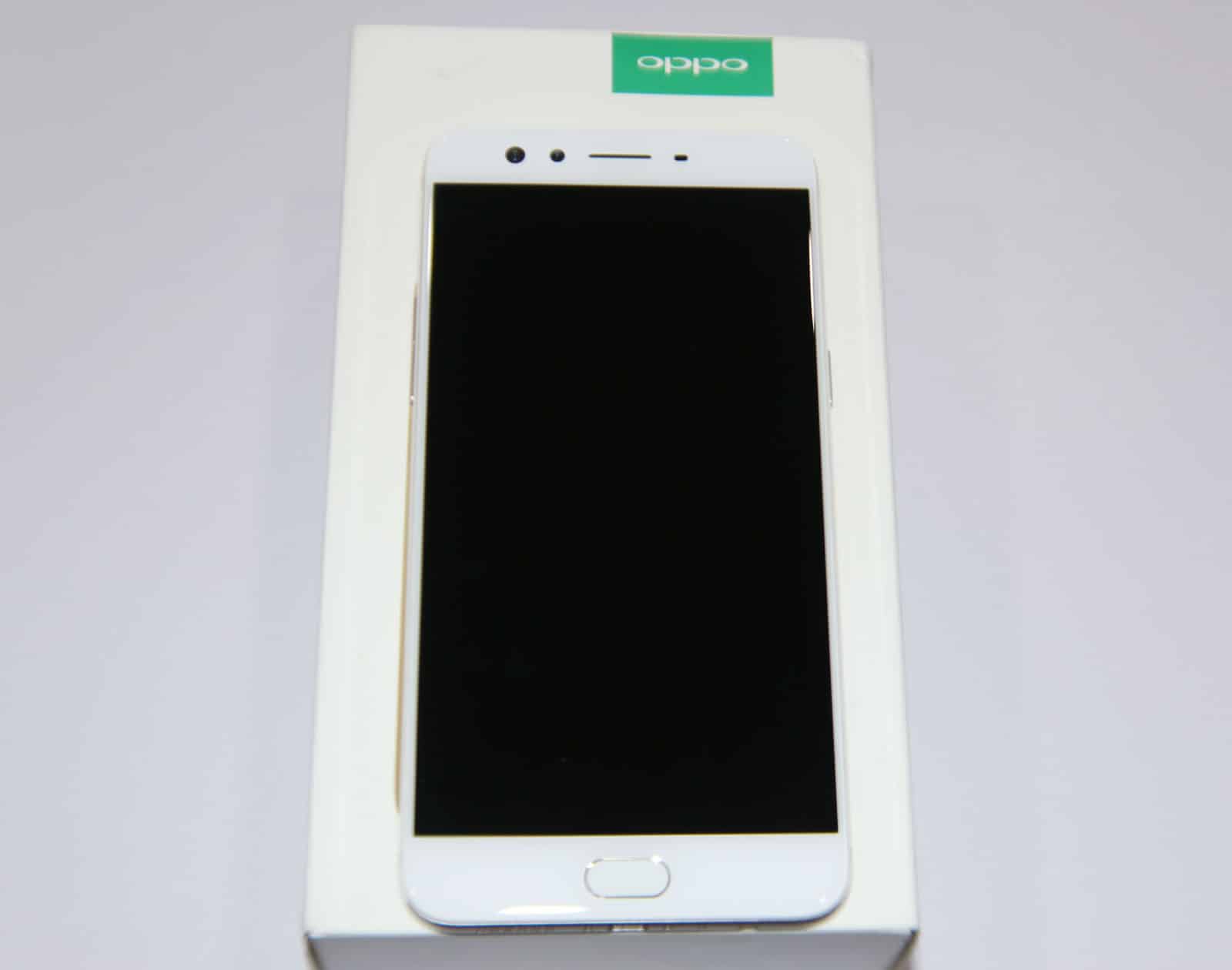 OPPO’s F3 Plus packs a good punch and sports a neat selfie camera setup but does it justify the Rs. 49,899 flagship price? Let’s find out.

Oppo F3 Plus employs the same metal unibody design language we saw on the F1 generation. The front is Gorilla Glass 5 and the back is made of metal. 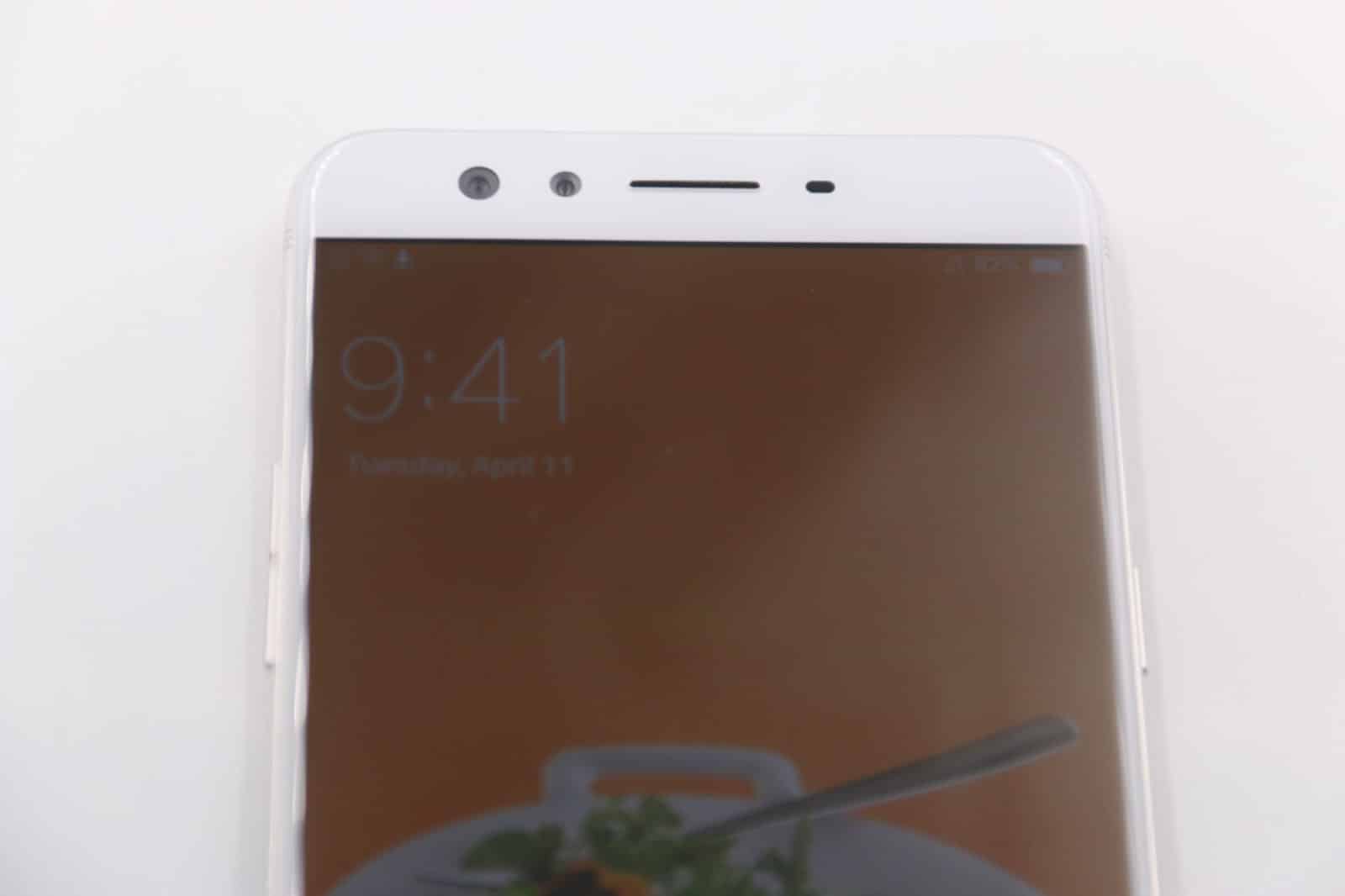 Edges are rounded and there’s a nice soft touch finish to the metal. Antenna lines on the back of the phone and chamfered edges are visual details that help it stand out. 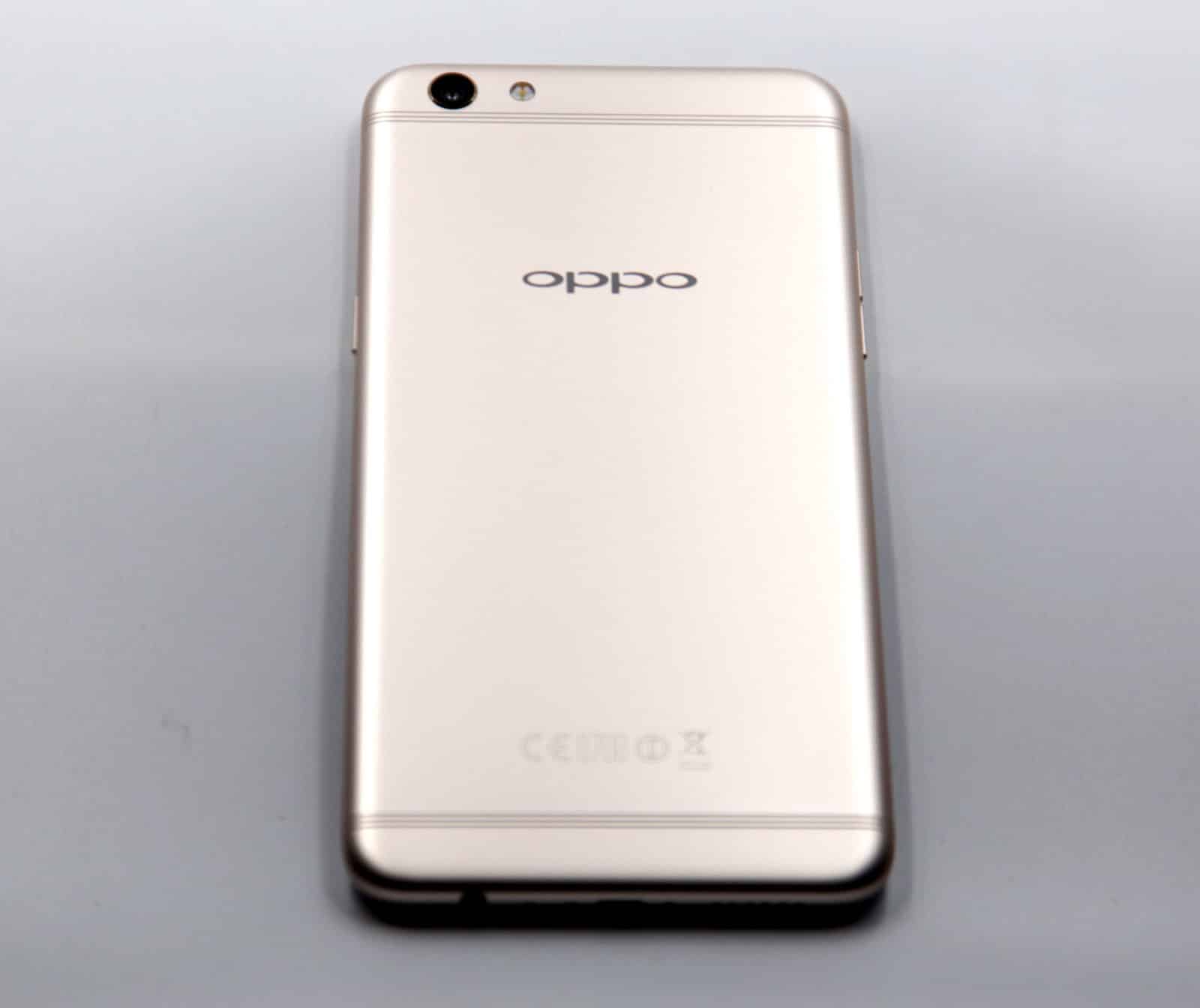 One thing to note is that the display protrudes slightly from the body to fit the larger battery. This issues was exacerbated by the poor quality of the factory pre-installed screen protector. It was too thick and its edges felt rough against my fingers. I instantly removed it but to my dismay, the screen is a fingerprint magnet due to the absence of oleophobic coating. 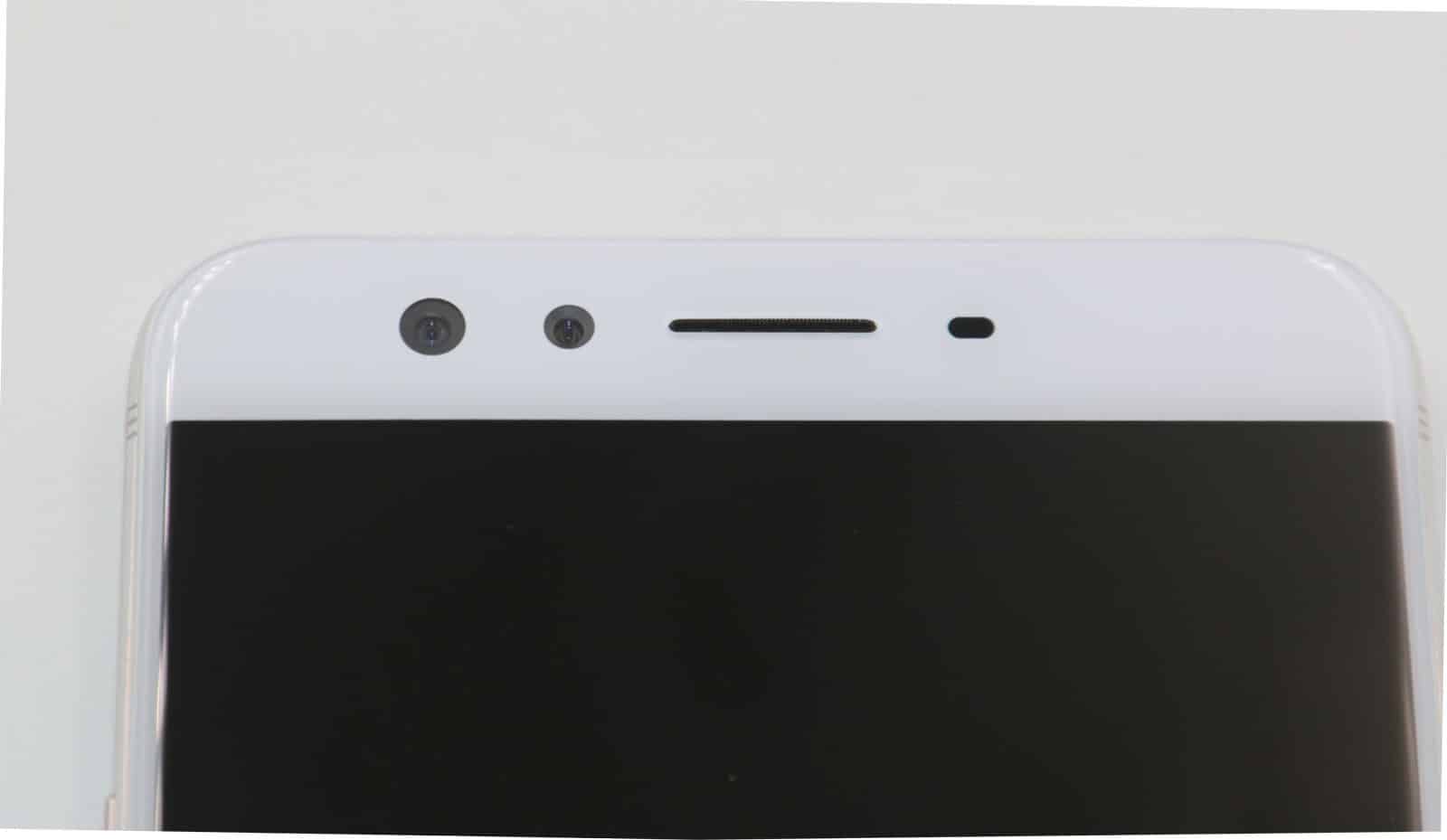 The device is heavy at 185 grams but that’s understandable given the large display and battery. One consequence is that one handed operations are nigh impossible even though the device feels compact. 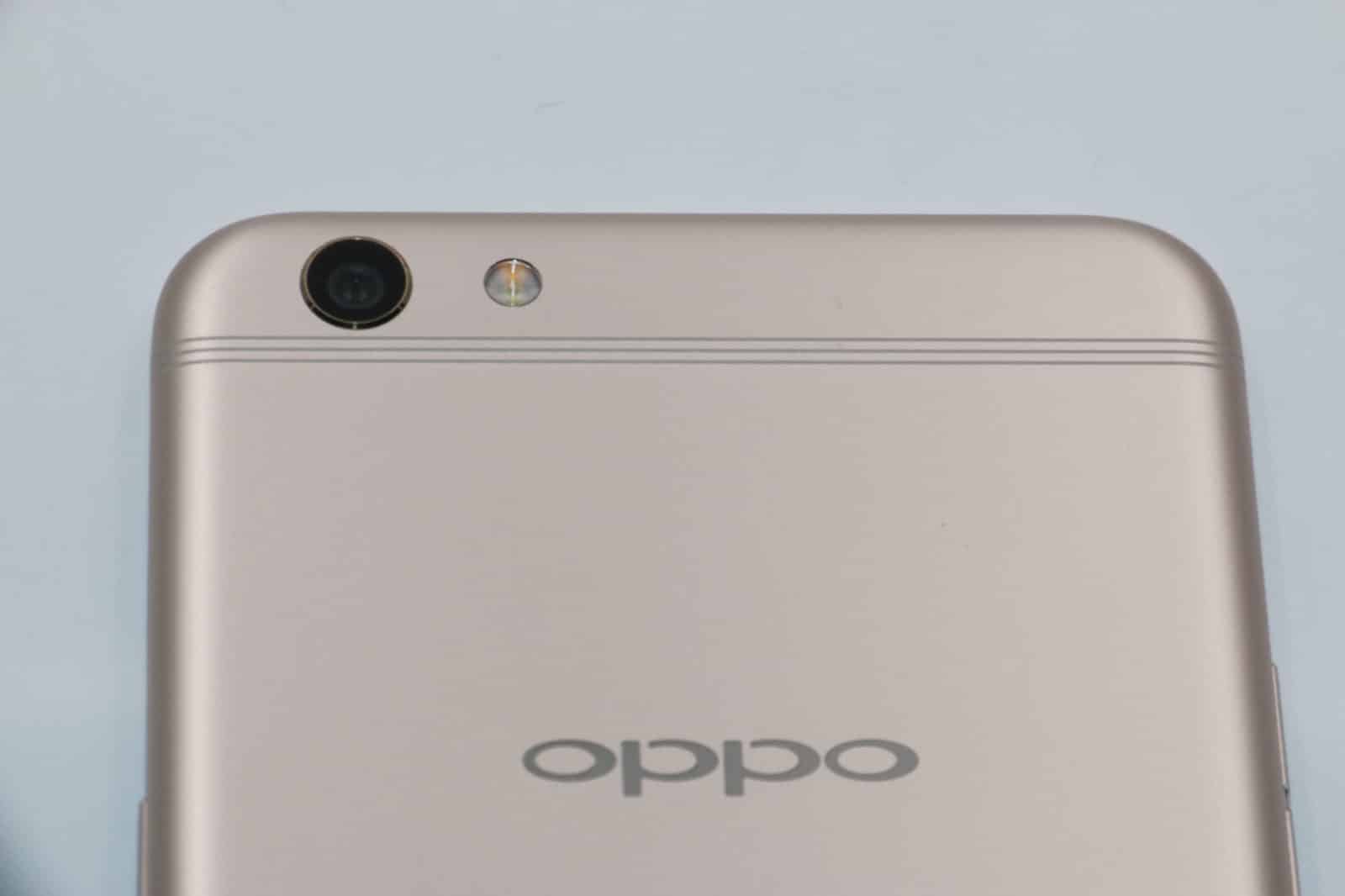 Moving on, you get dual front facing cameras and an ambient light sensor on the top of the phone.

The fingerprint sensor sits on the bottom front, doubles up as the home button and is of the non-clicky variety. I’d like to mention that it is blazingly fast and unlocks the phone almost instantly.

The sensor is also water-proof and works like a charm even with wet fingers. 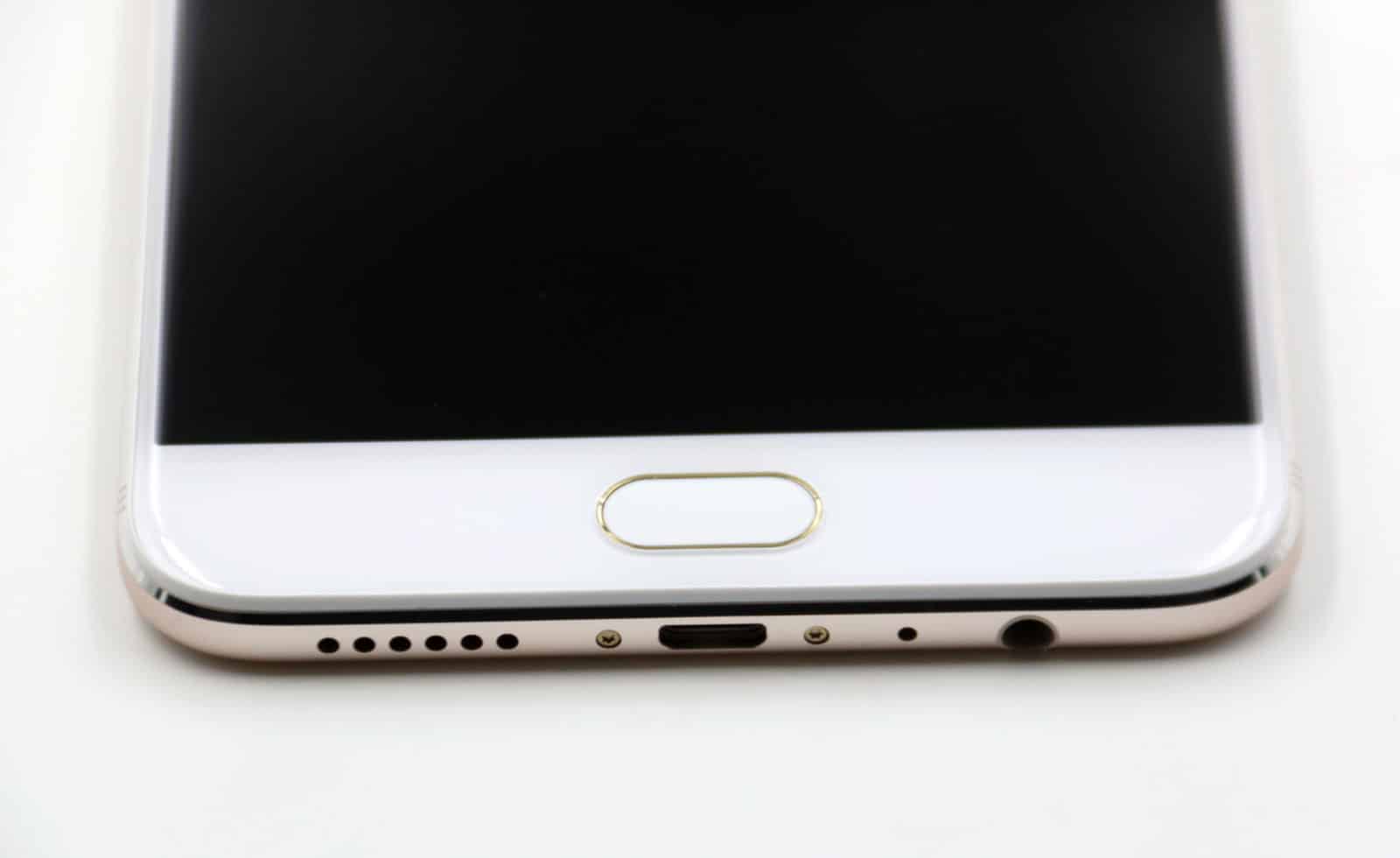 The right side features the SIM tray and the power button. The left houses the two buttons for controlling volume. You get the speaker grill, microUSB port and headphone jack on the bottom. 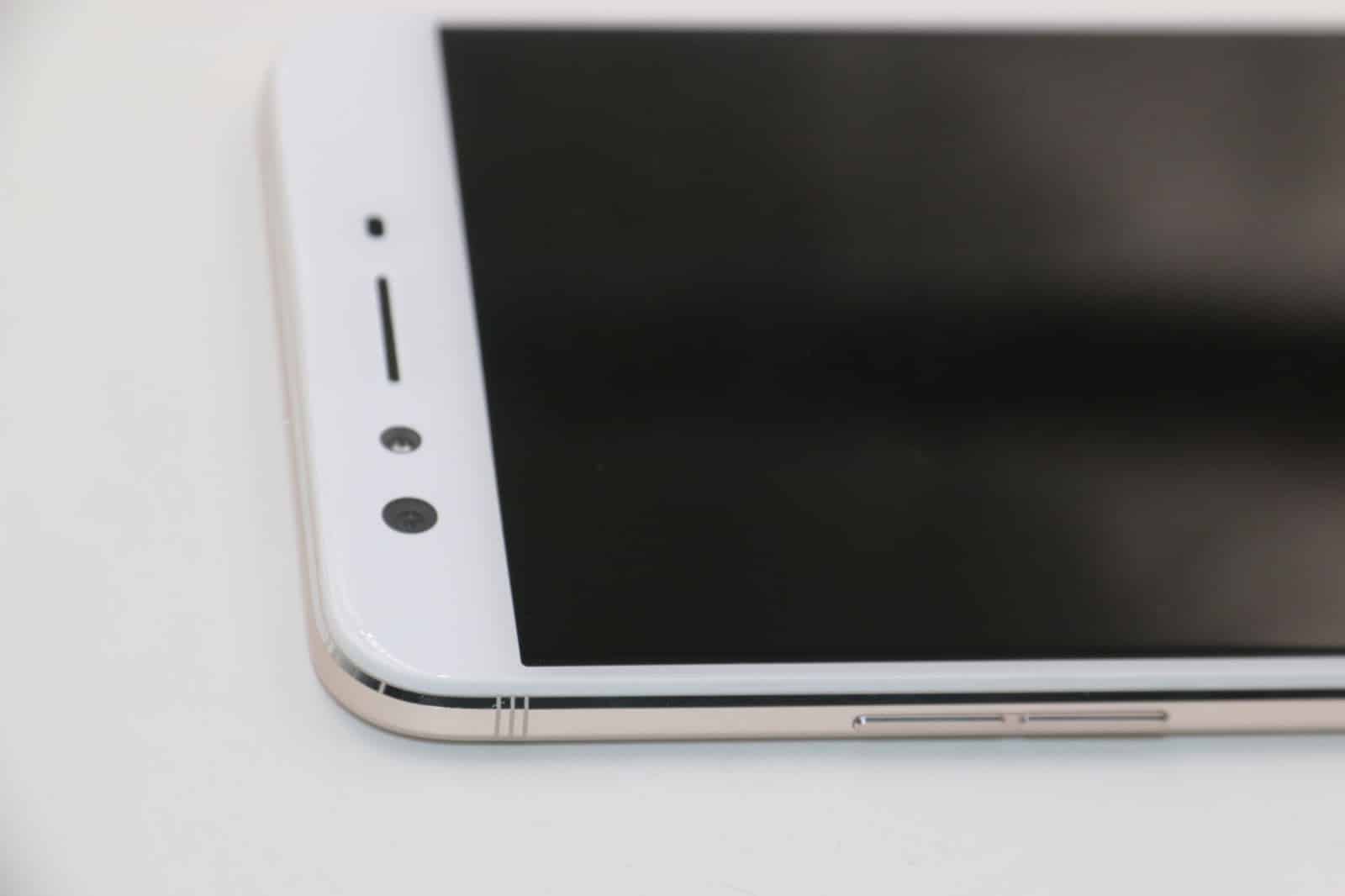 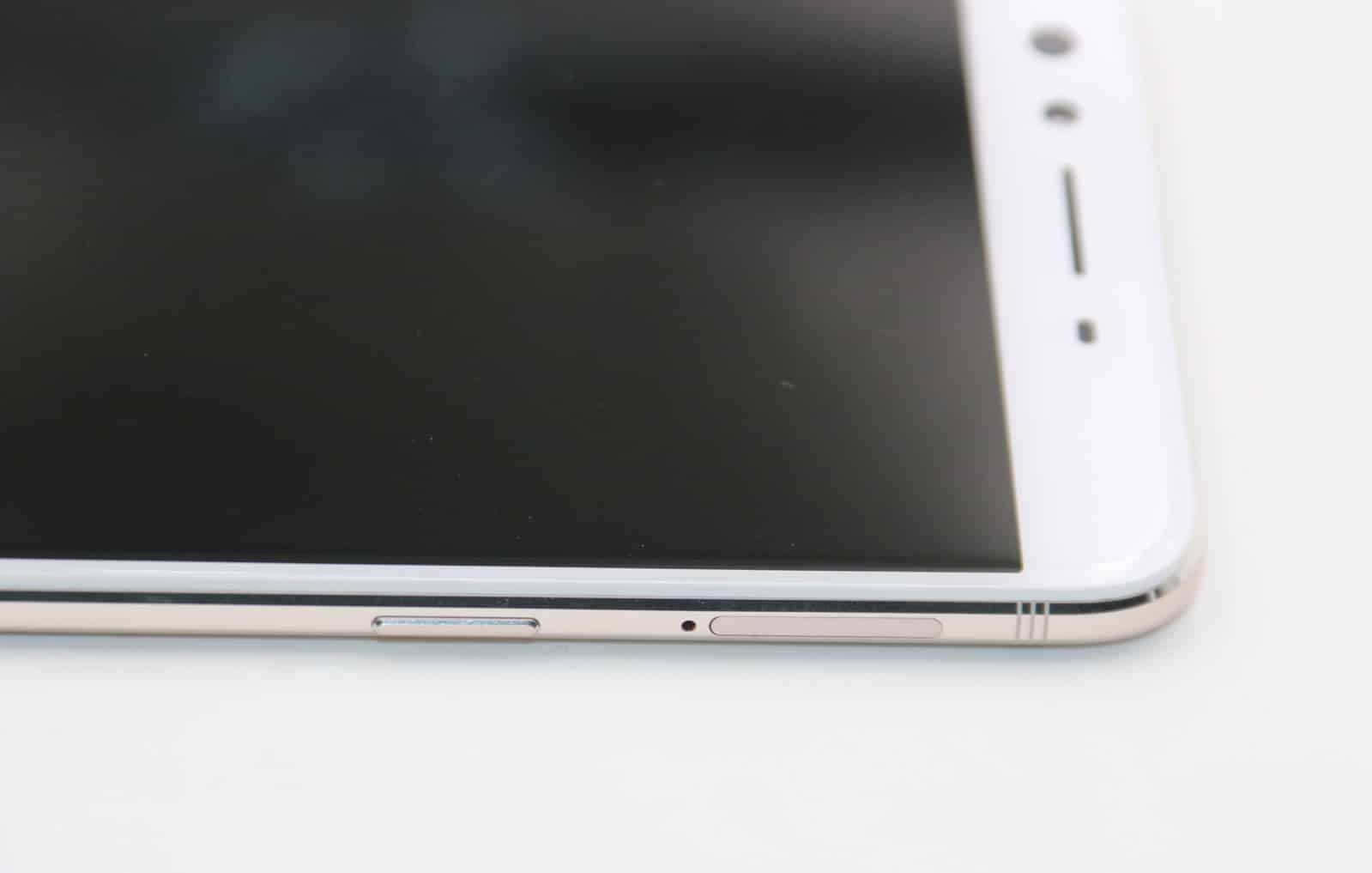 At the back, there’s the camera and dual LED flash for well lit photos. 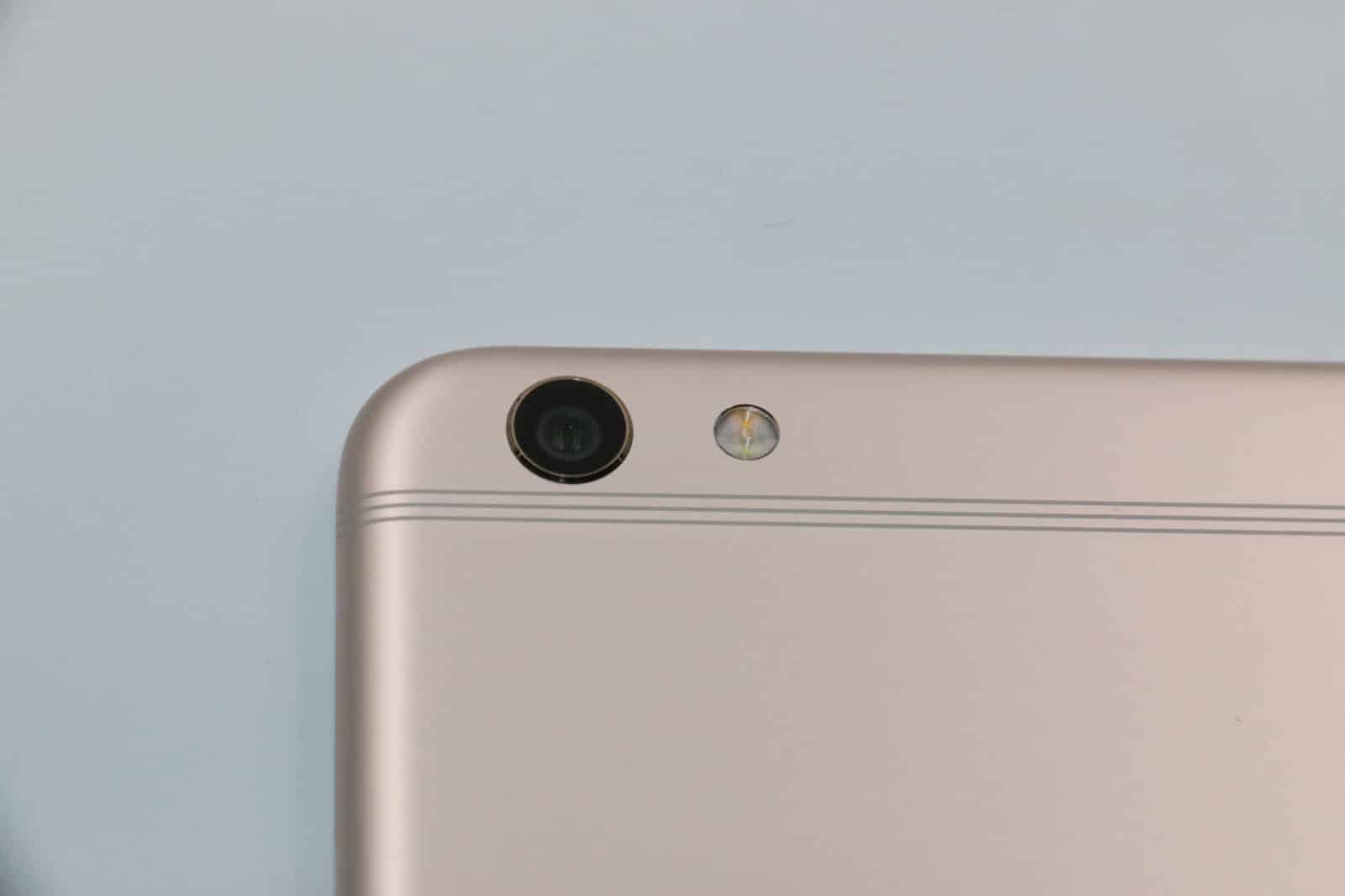 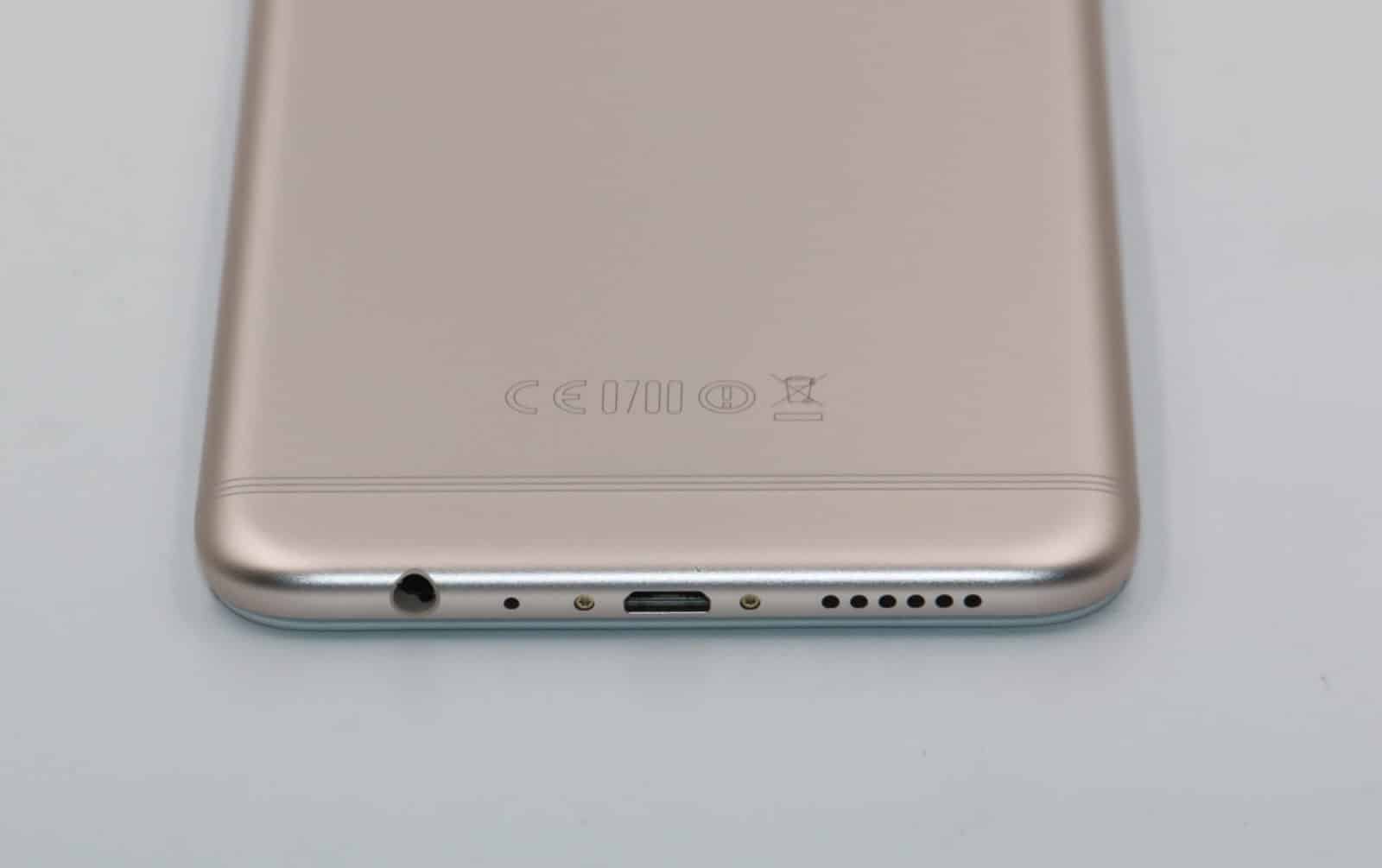 The Oppo F3 Plus has a 6 inch IPS LCD display with 1080p resolution. It comes with the latest Gorilla Glass 5 protection and a factory pre-installed screen protector keeps the display even safer.

While the pixel density is on the lower side (367 ppi), I didn’t notice any jagged edges on text in daily usage.

It’s a bright display with no noticeable tint. I’d also like to mention that the blacks on this phone are really deep and rival that of an AMOLED display. The screen is sharp, color reproduction is fairly accurate but they do tend to be slightly saturated.

My only complaint is that viewing angles are average at best and the reflective display becomes an issue when outdoors. A matte screen protector might be needed if you use the phone outdoors often.

The Oppo F3 Plus comes with a 16 MP rear camera with dual LED flash, phase detection and OIS. The main star, however, is the dual front camera setup. You get two 16MP + 8MP cameras with the latter enabling wide angle selfies.

The rear camera takes gorgeous pictures overall. Photos really pop, colors are saturated and the noise level is low in daylight. Oppo has used a wider aperture which lets in more light so even if there is low light, you can get good snaps. However, in darker scenes you lose some details and noise is apparent if you zoom in.

You get various shooting options including time lapse videos, beauty (which softens facial features for better photos), panorama. You can make GIFs too. Then there are the now-standard filters and exposure mode. For the purists, there’s an Expert Mode in which you can access advanced settings like exposure, AWB, ISO, shutter speed and focus.

Overall, even an ungifted photographer like me was able to take great photos with the F3 Plus. 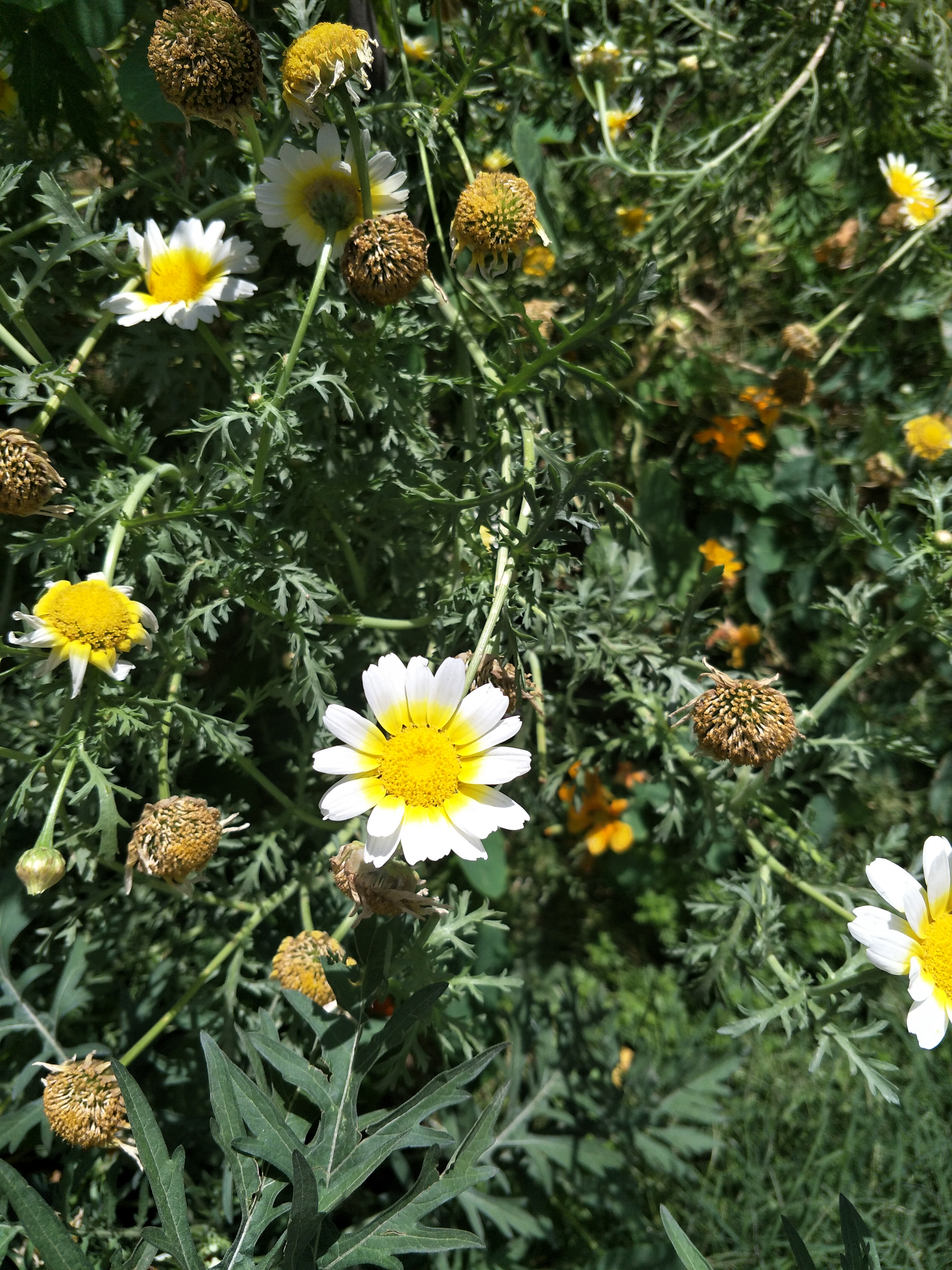 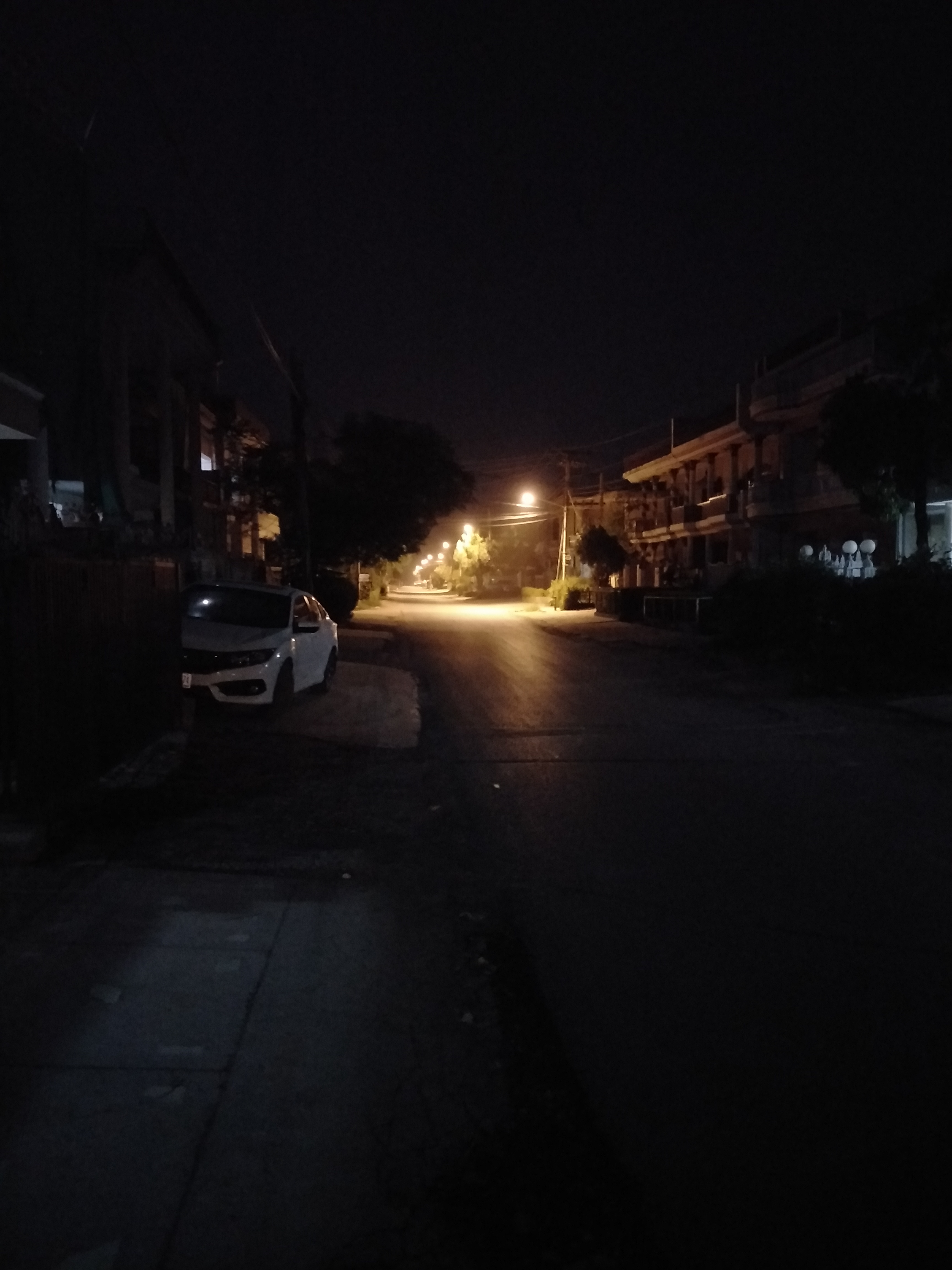 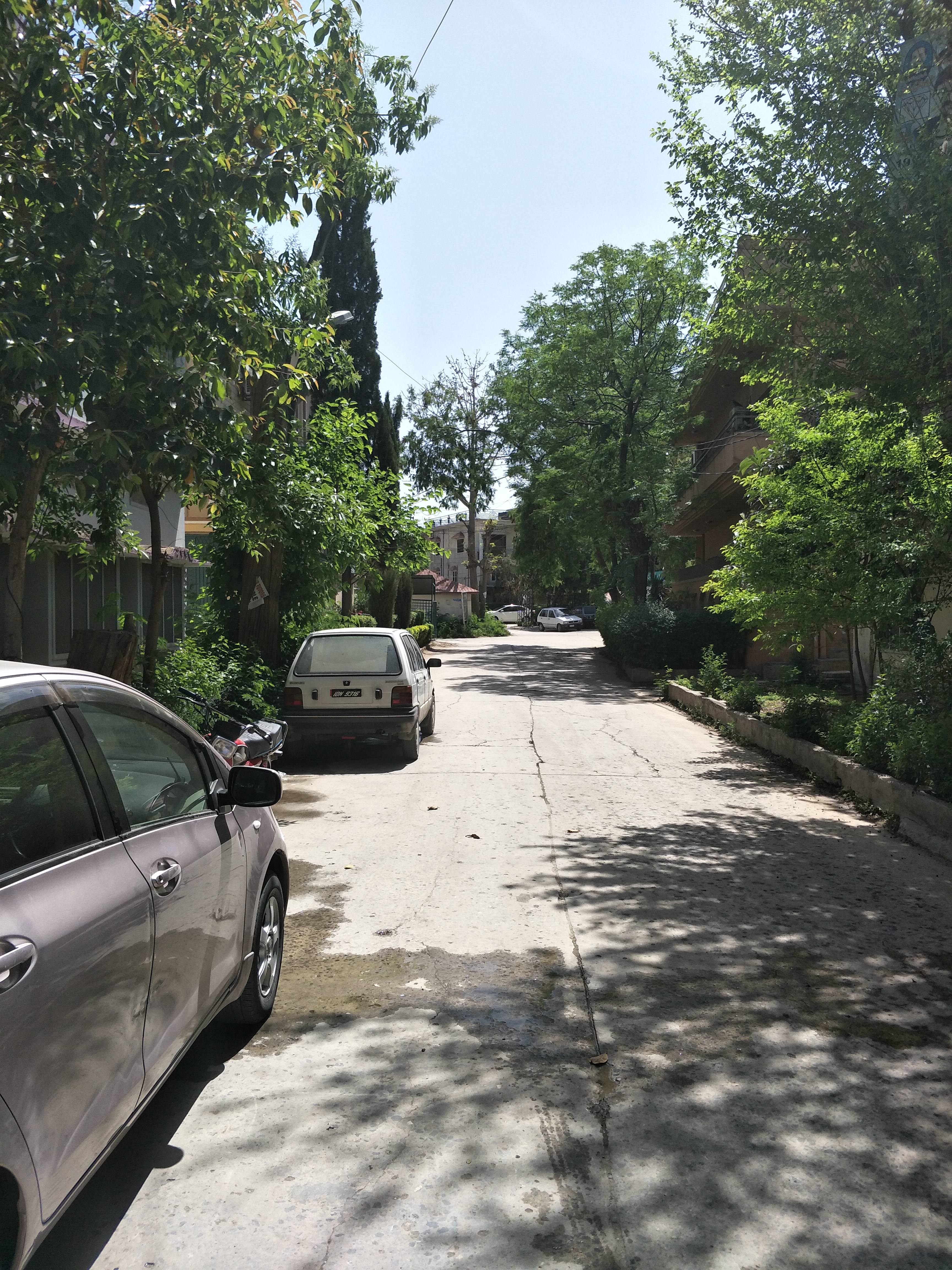 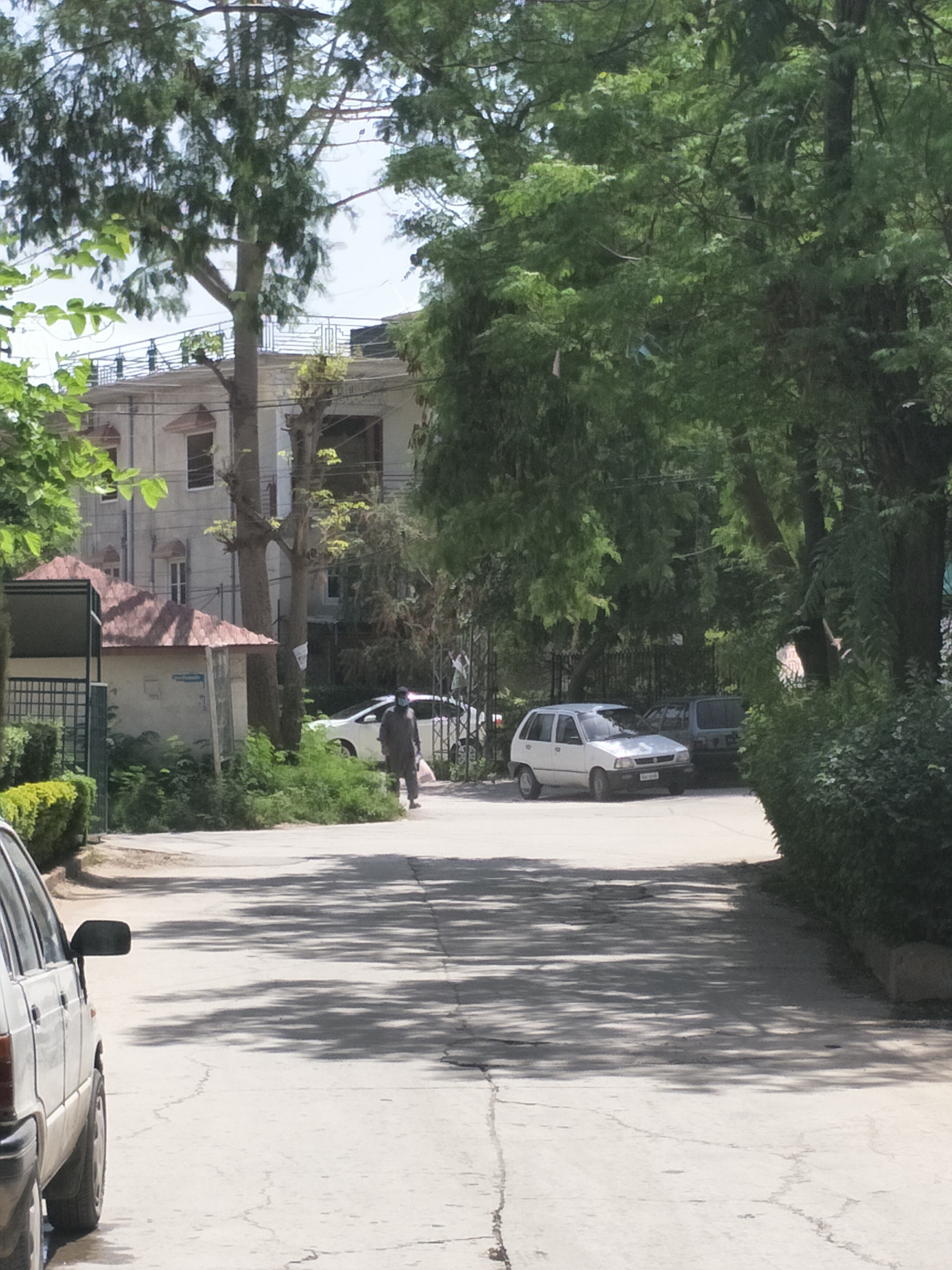 A fully zoomed in picture

I like that the second camera isn’t a gimmick but provides a real use. If you see the photos below, the selfie with 2 of our team members was taken at the same distance and angle as the one with all of us. There’s a day and night difference in how wide it is and I’m very impressed.

However there’s a slight distortion around the photo edges, similar to what you get from fish eye lenses, when you use the wide angle front camera. There is no LED flash for the front cameras which is strange considering the ‘ultimate selfie expert’ Oppo touts this phone to be.

Another issue is that bright and focused lights have lens flare if you are using the the wide angle selfie mode. Fluorescent lights and other diffuses light sources pose no such issues.

The quality is stellar and I’ve got no complaints on that end but for a phone that focuses on photography, the lack of LED flash on the front is baffling. The front facing camera quality falls off significantly in low light so it exacerbates the lack of a front flash.

Overall, the camera is good enough but definitely not class leading, which you expect at this price range. 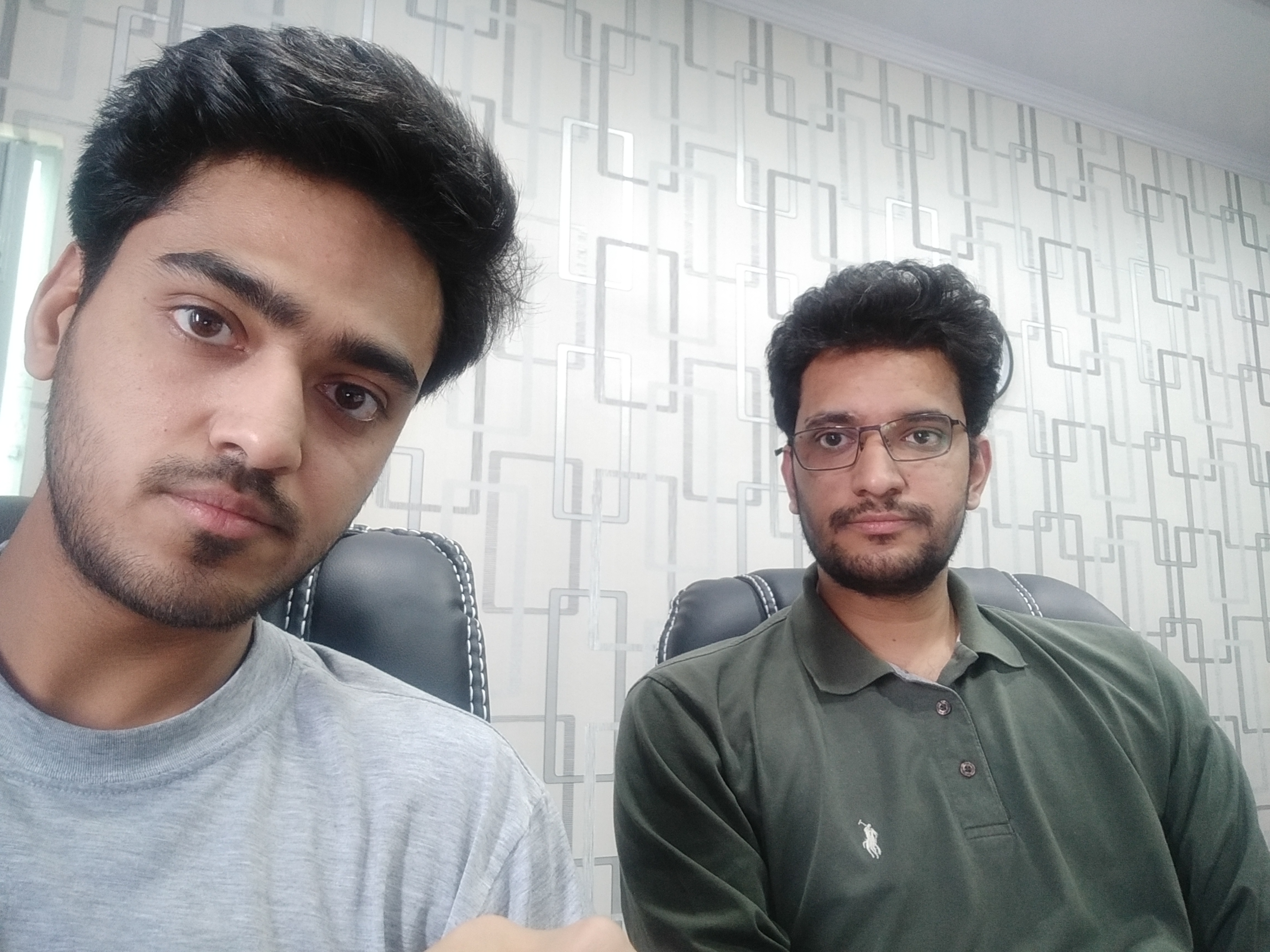 With wide-angle mode off 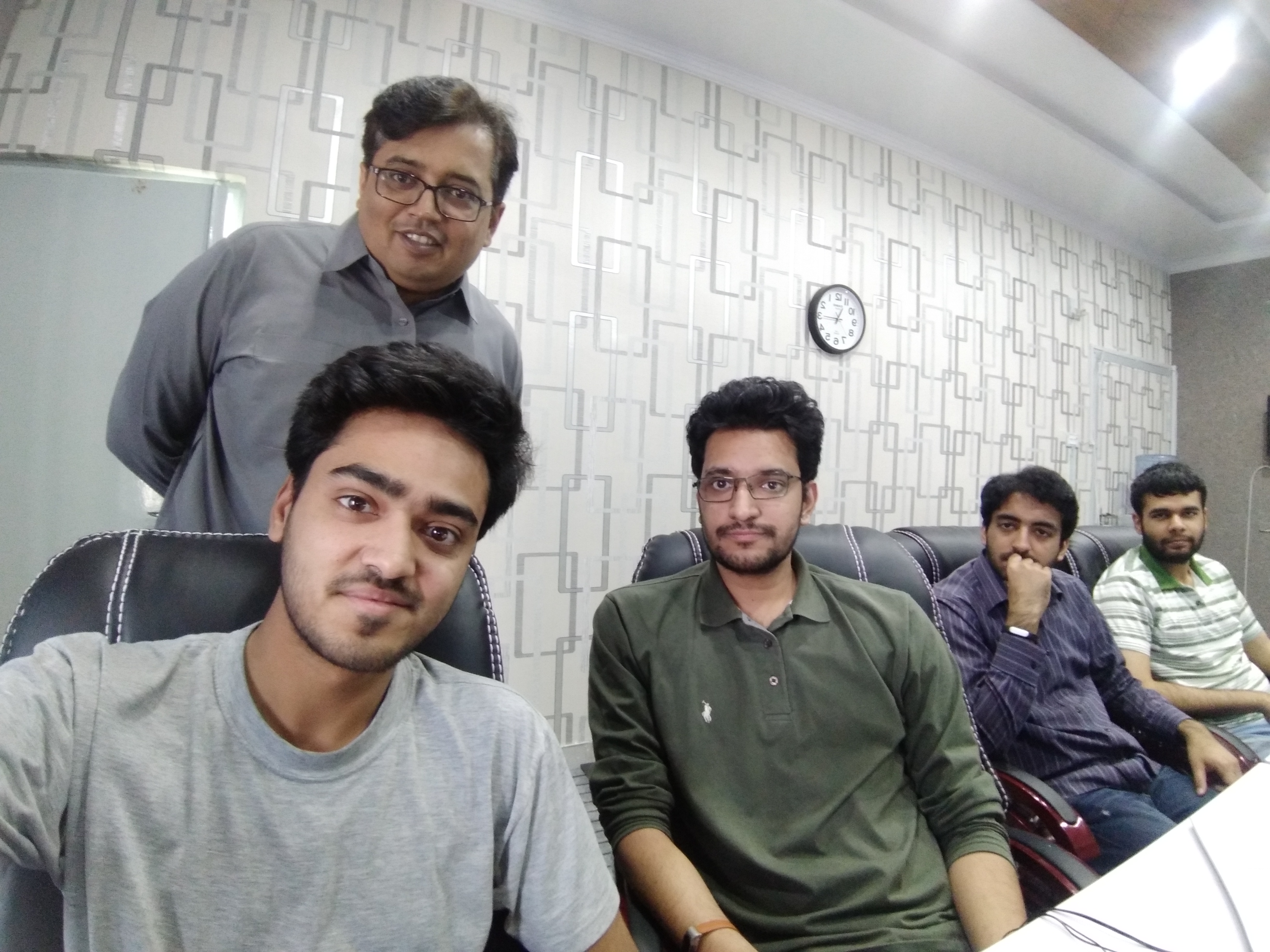 The F3 Plus is powered by the Snapdragon 653. The octa-core processor is paired with an Adreno 510 and you get 4GB of RAM to go alongside it. Internal storage is 64 GB and you also get a microSD slot which is expandable by up to 256 GB. It uses the second SIM slot though so there’s a trade-off there.

Performance wise, the Oppo F3 Plus does an admirable job. Everything was buttery smooth regardless of how many apps were in the background. While the processor isn’t top of the line, I couldn’t really tell the difference between this device and one powered by a more modern processor like the Snapdragon 821 in daily usage.

In benchmarks, the F3 Plus manages to post respectable scores.

The F3 Plus comes with Android Marshmallow out of the box and runs Oppo’s Color OS 3.0 on top. It’s disappointing to see an outdated OS on a flagship but I’ve been assured that a Nougat update is on the way (Update: The Oppo F3 Plus is still sitting on the same outdated Marshmallow even after Android Oreo has been announced and the company has not responded to questions about any update being prepared for it).

If you’ve ever used an Android phone, the feel of the phone will be familiar. What’s different is that the notification bar pulls down completely to show the quick settings and you have to swipe left to access the notifications themselves, which is a tad annoying.

There are some nifty additions like Security which allows you to do a Virus Scan, Clean up your phone or set individual Privacy Permissions for apps, disable apps that auto launch on start and more. I also like the Red Eye Protection feature, which acts as a reddish hue filter over the screen so that your sleep cycle isn’t affected by late night browsing on your smartphone.

Overall, ColorOS looks good enough even if it is reminiscent of iOS. I’m an Android purist so I dislike the bloat added by custom UIs. And the dislike is completely justified in this case as the phone uses at least 2GB of RAM even if no apps are running. The phone has 4GB of RAM so you still won’t encounter app refreshes but it’s incredibly disappointing. The OPPO F3 Plus has little to no ROM development so you’re pretty much stuck with the unoptimized ColorOS.

You get a single speaker which is placed on the bottom of the device next to the charging port. The volume is high and the quality is good. It does tend to get a bit tinny as you move towards maximum volume though.

The F3 Plus features Oppo’s proprietary VOOC Flash Charging which is a good thing since it has a huge non-removable 4000 mAh battery. It goes from around empty to full charge in 89 minutes. Generally, it charged to 45% in half an hour and 83% in an hour.

As someone who loves smartphones with huge batteries but dislikes how long they take to charge, I’m pleasantly surprised by these numbers.

I got around 7.5 hours of screen on time with the F3 Plus. Usage included songs on Spotify, videos on Youtube, web browsing, social media and some light gaming. In normal use, expect it to last for around one to one and a half day. That’s on the lower side if I am being honest but considering how insanely fast VOOC charging is, I have no complaints.

The smartphone market is incredibly competitive right now. Simply making a good phone is not enough, you have to price it well too. This is where the trouble begins for the F3 Plus. At Rs. 49,899, it’s competing against the flagships from last year and the likes of the OnePlus 3T.

Fortunately, Oppo offers a very clear value proposition. The phone has great display, good performance, a big battery with fast charging and a great selfie camera setup. Doing everything well, however, is not enough anymore. The Oppo F3 Plus does everything well enough to warrant it being a ‘definitely consider’ for non-techies but anyone who considers themself a techie can safely pass on it.