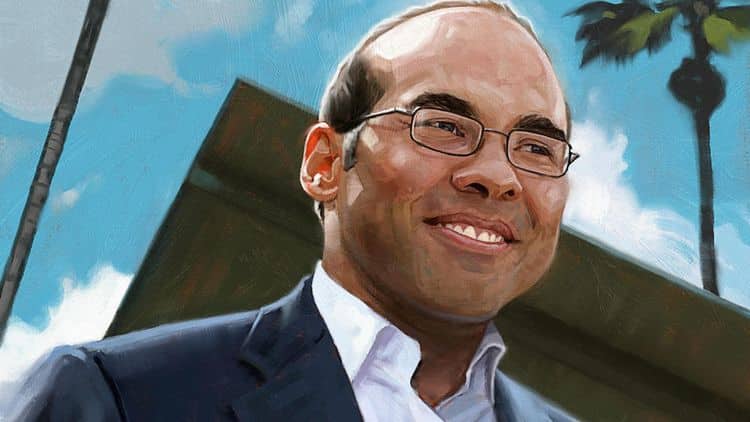 Success is the result of perfection, hard work, learning from failure, loyalty, and persistence – Colin Powell

Farhan Zaidi, a Pakistani-origin immigrant who has lived most of his life abroad, has come a long way. He happens to be the only Muslim and Pakistani to hold an executive position among major league sports teams in North America, serving as the General Manager of a top team currently.

Things weren’t always this easy and he had to work hard to get to where he is right now. This is his story:

Farhan was born to Pakistani parents in Canada who moved to Manila, Philippines when he was about 3 years of age. His father, Sadiq Zaidi, was an engineer at the Asian Development Bank. One of three brothers and a sister, Farhan had always liked baseball. He used to collect baseball cards in Philippines when he studied in High School.

He kept his academic results a secret from his parents until they returned from a pilgrimage in Makka when Farhan told them that he had been named valedictorian. His parents could not have been more proud of him. But for Farhan, that was just the beginning of his journey.

He left for MIT at the age of 17. Following his bachelors in economics in 1998, he skipped the MBA for a doctorate in philosophy of economics at the University of California.

During his PhD, he read a book named “Moneyball” which literally changed his life. He immediately sent out applications to leading baseball teams but never heard back. Disappointed, he turned back to studies.

In 2004, he found a job vacancy for a statistical assistant in Oakland’s baseball operations department. The team were replacing an analyst who had been hired by another baseball team called Los Angeles Dodgers as their General Manager. He was selected from a list of over a thousand applicants.

The job paid $32,000 annually before taxes. He was afraid his family wouldn’t approve of it since it’s an odd field and the pay was much less than his parents’ expectations. However, his parents responded positively and his mother said “I feel if you can make a good, honest and honorable living out of your passion, then you are set for life.”

Zaidi was good at numbers and his first assignment led to Oakland’s victory. Statistics being his specialty, he quickly became known as “FarGraphs” amongst his professional circle. His work led to several young players’ success. Due to the lack of staff, Farhan had to venture away from the comfort of his desk, opting instead for a more hands-on approach with the baseball team he worked with.

His unique style tested the patience of those around him as he wasted hours on the minutest of details and with “average” tools. He says, he found the players’ weak spots and worked on them. Farhan spent time with all types of players, sat in scouting meetings and debated about in-game strategy. His hard work paid off and he gradually started climbing the steps towards a higher rank.

His work led to multiple American League West division titles for his team.

In 2013, he was promoted by Oakland Athletics to Director of Baseball Operations. Next year, he had added Assistant General Manager to his title.

He became one of the game’s most coveted minds and despite several attempts from teams, he never left Oakland Athletics.

In November 2014, Los Angeles Dodgers approached Farhan Zaidi and his boss with an offer that they just couldn’t refuse. Both were shocked due to the suddenness of the matter. Zaidi thought about it but his devotion and loyalty to Oakland Athletics was so much that he decided against it. He was all set to decline the offer however, one panic attack later, he started to reconsider it as it was the chance of a lifetime.

It wasn’t an easy decision since he had just recently achieved the title of Assistant GM while the job offer was for a higher ranked and financially strong team.

After discussing it with his boss, Zaidi accepted and is now the GM of Los Angeles Dodgers. Immediately after being inducted into the team, he has made some great recommendations for the Dodgers, leading to some outstanding performances by them.

People tend to ask Farhan Zaidi the best and worst part of his job. Previously he felt pride in the relationships he had with his teammates. Now, it is all about making his team win. He says

“The best part is winning. The worst part is losing. That’s it. That’s the whole thing.”

His career is truly remarkable in the sense that he was initially rejected for an entry level job in the field, and today he’s the highest ranked executive in one of the top sports teams in the US, the only Muslim and the only one from Pakistani origin to do so.