According to a presentation unveiled by Dr. Syed Ismail Shah, Chairman Pakistan Telecommunication Authority, at an event recently, here’s how much data Pakistanis use on their mobile phones:

It must be mentioned here that data usage on 4G connections is now almost half of those consumed by 3G connections, the preferred way of consuming data. Also, 4G users stand at just 4 million compared to some 35 million 3G users.

Also to note, 2G data usage is now finally on the decline as cellular companies have stretched their 3G and 4G networks to wider areas and the demand for 2G data is finally slowing down.

Just in case if you are wondering, data consumption needs are going to grow several hundred times in the near future as currently the average data usage per user per is just around 2MBs. While some users may use a lot of data, others simply don’t.

This indicates that data usage — with current users only — could grow by several hundred percentage points. 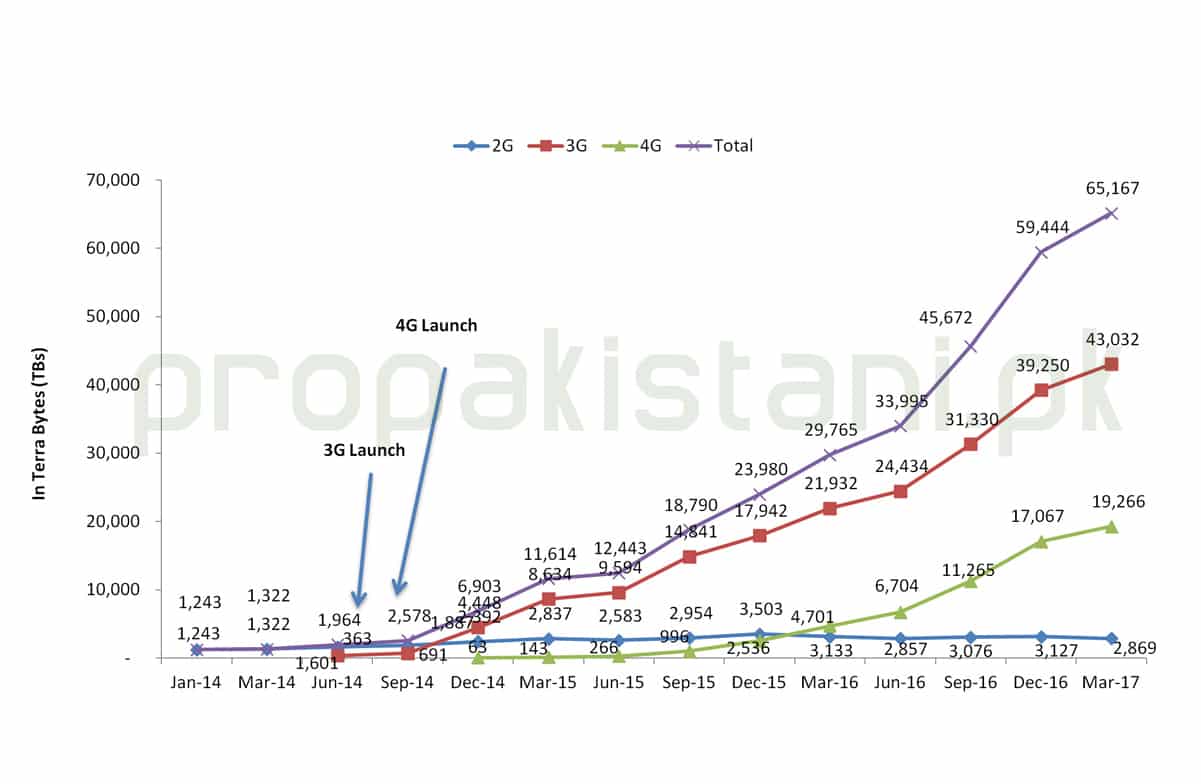