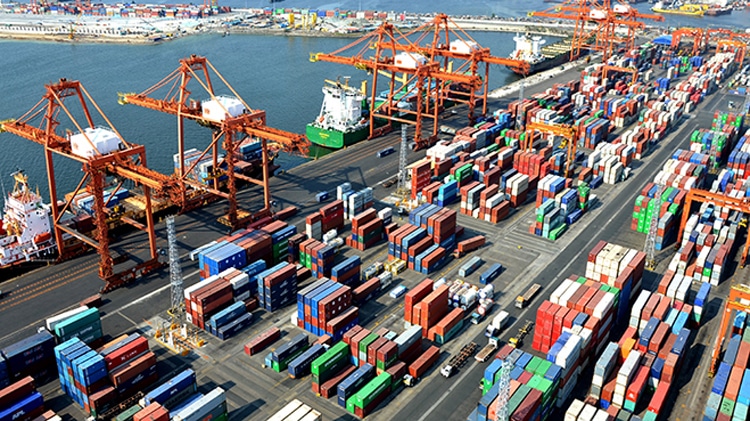 The ship MV AFRICAN FINFOOT, which was 200 meter long and 32 meters wide, with a Dead Weight Ton (DWT) of 61,219MT and a maximum draft of 12.5 meters, transported the coal cargo of 41,510 metric tons, belonging to Awan Trading (Pvt) Ltd, to PIBTL Terminal at Port Qasim this weekend.

Pakistan International Bulk Terminal Limited (PIBTL) is a public listed company, quoted on Pakistan Stock Exchange, and is sponsored by the Marine Group of Companies and also partly financed by the International Finance Corporation (IFC) – the private sector arm of the World Bank Group.

The company has invested around US$ 285 million in the establishment of the county’s first and only common user Coal, Cement and Clinker handling terminal at Port Qasim.

PIBTL, under a 30 year BOT agreement with Port Qasim Authority, has built its own jetty and is equipped with two coal ship unloading cranes and one cement/clinker loading crane. The terminal is capable of handling 12 million tons of cargo per annum and has a storage yard spread across 62 acres.

The second coal vessel named MV IRIS OLDENDORFF has also docked at PIBTL recently, carrying 39,550 metric tons of coal with a DWT of 63,453 metric tons, and the cargo handling activities have already commenced.

A coal cargo ship with similar tonnage of cargo currently takes around seven days at KPT while the same cargo can be handled within two days at PIBTL due to the modern and mechanized handling system.

A fully operational PIBTL will bring efficiency into the port sector while assisting the trade industry to match Pakistan’s port throughputs with the international standards of excellence. Due to PIBTL, port congestions at KPT and PQA will be reduced and environmental concerns will be mitigated.