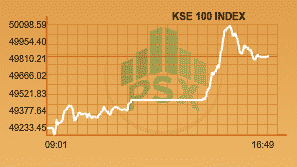 The Index opened positive and continued to gain profits throughout the last trading session while closing in green, in the last day of the week. Volumes were greater than Thursday.

According to market analysts cement and banking sectors lent the support, to push the index past the 50000 level today but couldn’t sustain it by the end of the day.

Shares of 383 companies were traded. At the end of the day, 212 stocks closed higher, 150 declined while 21 remained unchanged. 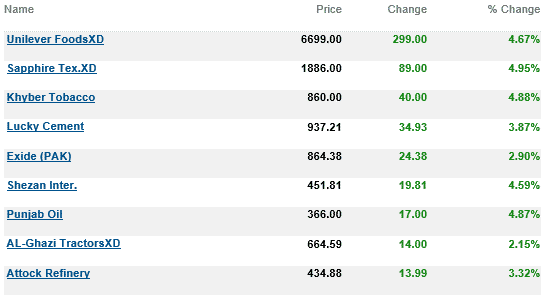 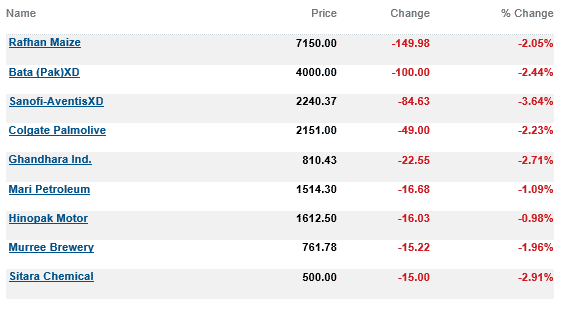 On May 15th, 2017, MSCI is expected to formally introduce Pakistan into the MSCI Emerging Markets Index. The market’s excitement can mainly be attributed to the upcoming MSCI’s transition as it pushed the market to the 50000 level mark on the intra day.