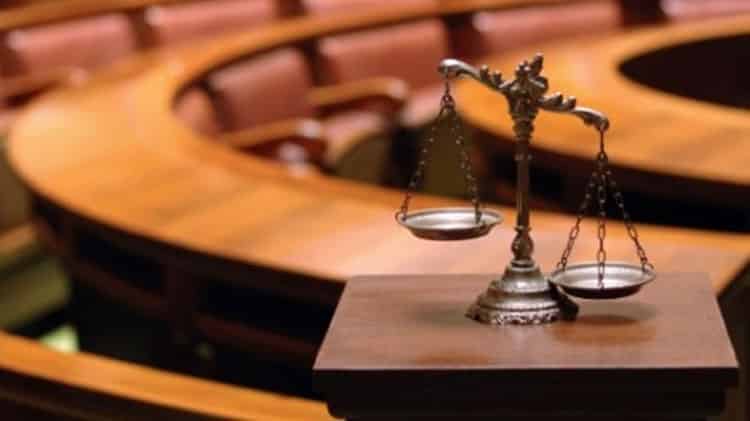 The report measures rule of law based on the experiences and perceptions of the general public and in-country experts worldwide. It presents a portrait of the rule of law in each country by providing scores and rankings organized around eights factors which include:

The factors are intended to reflect how the citizens experience rule of law in everyday life. Results are derived from more than 110,000 households and 2,700 expert surveys in 113 countries and jurisdictions.

Scores allocated are ranged from 0 to 1 (with 1 indicating strongest adherence to the rule of law).

Scoring is based on answers drawn from a representative sample of 1,000 respondents in the three largest cities per country and a set of in-country legal practitioners and academics.

In Pakistan, 78% of the public bribes to officials whereas 74% pay the Police. Remarkably, only 18% of the Police officials who are found guilty of taking bribes are punished. 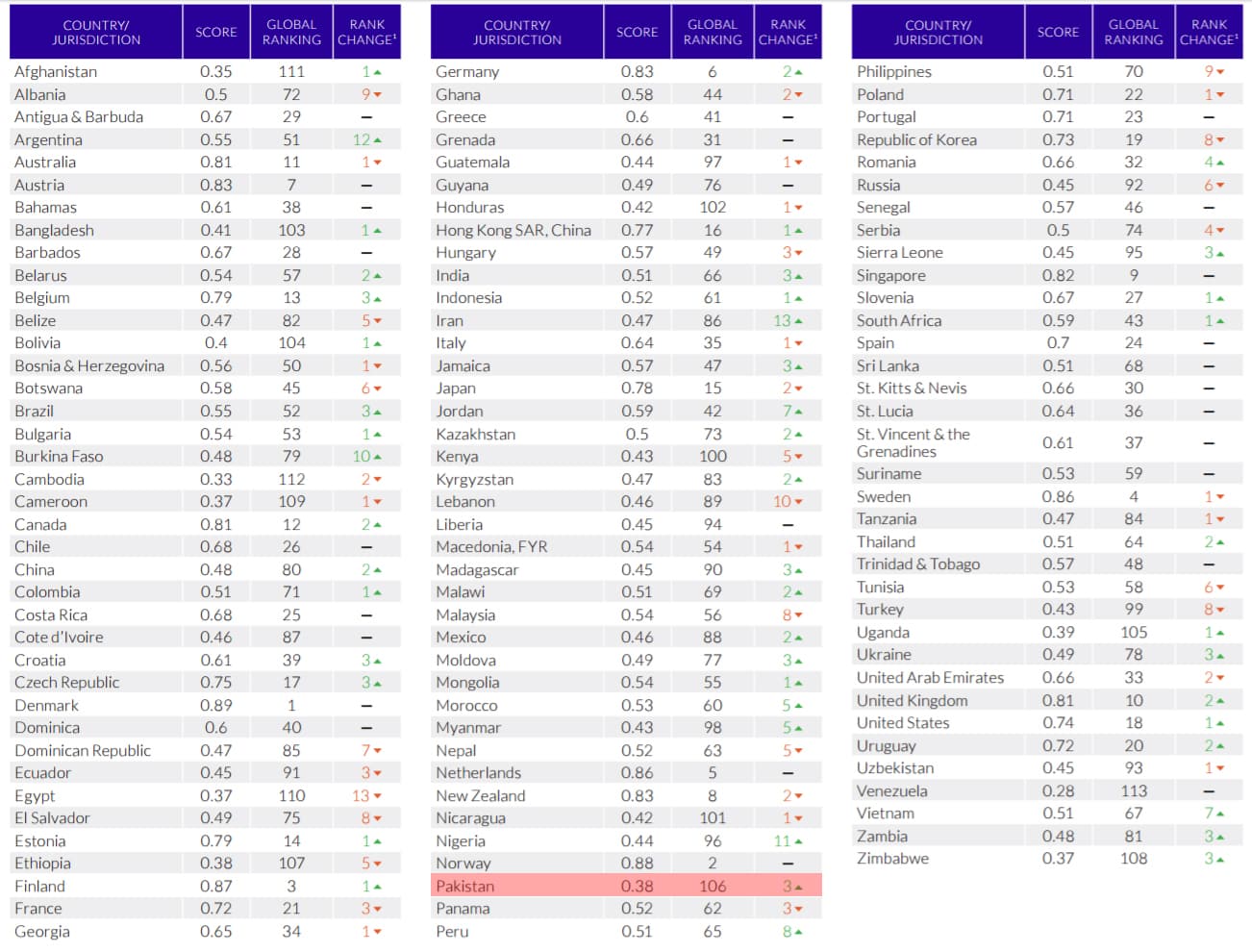 Denmark, Norway, Finland, Sweden and Netherlands occupied the top five positions whereas Afghanistan, Cambodia and Venezuela were ranked the worst in the rankings.

Even though there has been slight improvement, Pakistan is performing extremely poorly when it comes to law. India, on the other hand, is ranked at 66, China at 80 and Iran at 86.