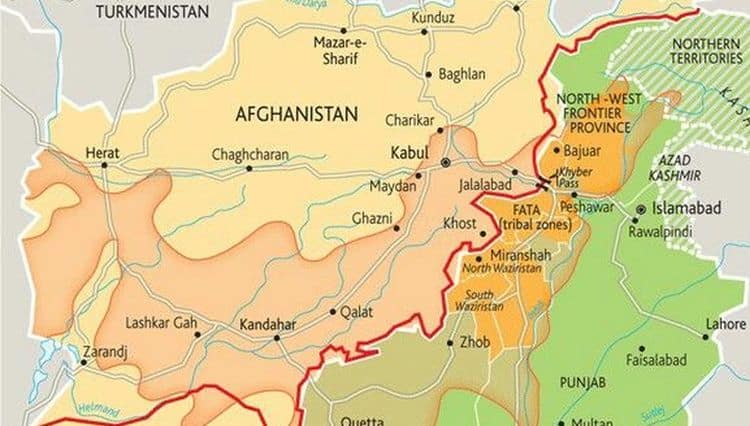 Officials from Pakistan and Afghanistan have informed the public that Google Maps will be used to settle a border dispute which led to deadly clashes between the two neighbors during the past week or so.

During the clashes, at least eight civilians died on both sides of the border. It began on Friday when a Pakistani census team accompanied by soldiers visited some disputed villages along the south western border. Afghan forces fired on that team, resulting in needless loss of innocent lives.

Pakistan recently claimed its forces had killed “more than 50 soldiers” on the other side of the border. However, that claim was rejected by Afghanistan which said only two soldiers lost their lives in the border clashes.

Since independence, Pakistan’s 2,400 kilometer border with Afghanistan has been officially confirmed by the whole world except Afghanistan, which continues to change its perception of the border depending on the ruling government in power.

While official Afghan maps clearly reflect the Durand line to determine the borders, many Afghan nationalists claim that the whole of north-western region of Pakistan, up to the river Indus is a part of Afghanistan. They claim the river gave India its name thus British India was limited to areas east of the river.

Use of Google Maps

A senior Pakistani security source in Islamabad confirmed that “officials from the geological survey departments of the two countries will conduct a survey, and they will also make use of Google Maps.”

“After negotiations, both sides have agreed that a geological survey should be conducted. Technical teams of both countries will use GPS and Google Maps as well as other means to get the answer.”

It should be mentioned that Google complies with most countries’ requirements to show borders which are officially recognized by the local country.

Google Maps and Its Controversial History

For example, last year Indian version of Google Maps showed the whole Kashmir, Gilgit-Baltistan and some areas of Chitral as a part of India. In contrast to this, Pakistani version of Maps shows the internationally recognized border, the Line of Control, and clearly marks the disputed region with a dotted line.

In the past, Google has been mixed up in a dispute which led Nicaragua and Costa Rica to dispatch troops to their joint borders. A Nicaraguan commander cited the Google’s version of the border in a Costa Rican newspaper justifying a raid in a disputed area. Google later went on to admit its mistake and corrected the map.