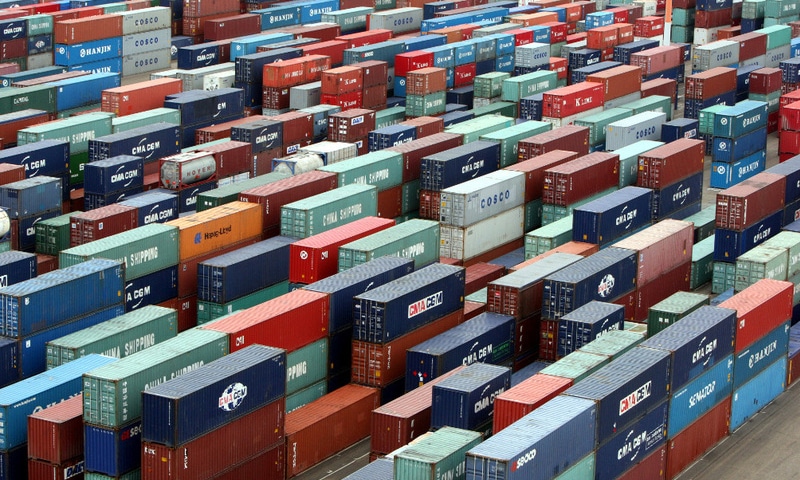 Pakistan’s exports worth Rs 6 billion are getting affected on a daily basis due to strikes from goods carriers throughout the country. This was claimed by the All Pakistan Textile Mills Association (APTMA).

Zahid Mazhar, Sr. Vice Chairman APTMA said that if the strike would not be called off, the industry may lose their export orders due to delayed shipping. This is worrisome since it will result in buyers shifting to our competitors in the region leading to the closure of Pakistani factories.

Similarly import consignments are also stuck-up at the ports due to which we are facing severe shortage of raw materials which will also lead to closure of industrial units. Closure of mills would not only affect the economy and the exchange earnings but would increase level of unemployment.

He urged the government of Sindh to use their good offices to resolve the issue that occurred after the Sindh High Court ordered to ban heavy traffic in the city, resulting in heavy financial losses.

As per reports, over 31,000 cargo containers were stuck at all four terminals of sea ports. Now the terminals are getting choked due to arrival of import consignments during last few days and the transporters are not ready to lift the export consignments.

He said that the trade deficit from July 2016 to April 2017 has already jumped to $ 26.555 Billion from $ 18.951 Billion of the corresponding period of the last Financial Year i.e. an increase of 40.12 % and if this trend will continue trade deficit for the current financial year would reach to a record level of about $ 32 Billion.

Mr. Zahid Mazhar demanded from the Sindh Government to protect the industrial and transport activity of the city. He suggested seeking immediate attention and directions from the Honourable Sindh High Court for chalking out a plan of movement of heavy traffic so that import and export consignments reach their destinations on time and the exporters and importers may not suffer heavy financial losses.

He further demanded the Sindh Government to use the infrastructure cess imposed on transportation of import and export cargoes to develop routes for the heavy traffic. He also requested the ports to waive the demurrages on imported consignments still stuck up at the ports due to the strike called by transporters.