A dull trading session was witnessed on Thursday as clarity related to upcoming budget remains. Investors preferred to stay away in the absence of any positive news. The KSE-100 index fell by 554.51 points (-1.08%) to close at 50,956.60 points level.

The index opened in green but it couldn’t sustain it as KSE-100 index dipped by more than – 635 points on the intraday trading closing in the red. 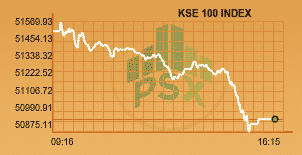 However, at 3:15pm the market saw huge pressure as the UN’s Court ordered Pakistan not to execute Indian national convicted of spying.

Overall there seems to be no consensus in the market as to what the real impact of the upgrade is going to be. The budget is coming next week and it looks like a much more important event as it would set the precise direction of the market.
Overall, volumes plunged to only 69.28 million shares in KSE-100 index.

Shares of 405 companies were traded. At the end of the day, 182 stocks closed higher, 205 declined while 18 remained unchanged. 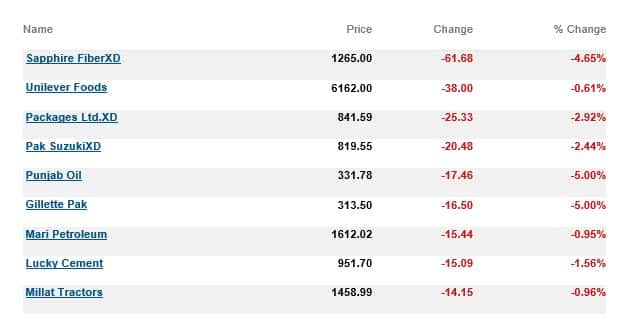 Asian equities lost ground in morning trade as US political turmoil accelerated with the appointment of a special counsel to take over the investigation into Russia’s involvement in the US elections last year. A political crisis turning into an impeachment fight would be demoralizing, bad for consumer confidence and an enormous source of uncertainty for the investors.