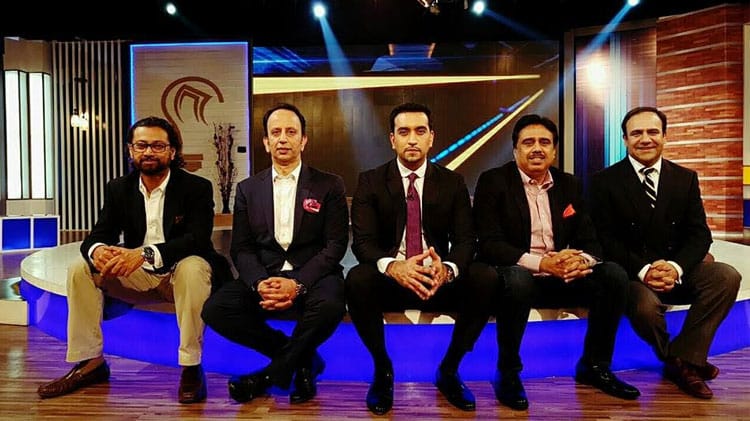 Idea Croron Ka, the Pakistani answer to Shark Tank, recently aired its 7th and 8th episodes. More pitches were made to investors as many entrepreneurs sought to sell the appeal of their ventures.

Lets take a look with all the happenings in the last 2 episodes recently.

Here are the main investors who starred in the episode this time.

Next up, the startups and entrepreneurs who made their pitches on the show:

Car Butlers deal with one service in a conveniently manner –  by providing on demand car wash service at your doorstep.

Abdul Wasay, founder of Car Butlers was looking for Rs. 85 lacs against 20% equity to scale their platform where they can provide employment to 100s of butlers/car washers.

All 3 investors liked the business model. However they were not convinced when it came to the valuation of the startup. Upon reconsideration, the co-founders brought down the investment ask to Rs. 60 lacs against the same equity.

Naeem Zamindar offered to invest Rs. 30 lacs against 20% equity. Along with all this he also offered to bring in corporate clients. However, Abdul Wasay declined the offer.

Next up was Book My Umrah, an online platform that helps you perform umrah or hajj (pilgrimage). They even wish to provide training  (via Virtual Reality) to those who are performing hajj and umrah for the first time.

Khurram, the founder of Book My Umrah asked for Rs. 1 crore against 10% equity along with strategic partnership. The investors asked questions on their sales margin, unique selling proposition, strategy on holding the competitive advantage over others. Dr. Saif advised them to pitch their revenue model which will interest the investors.

After listening to the pitch, Salim Ghauri offered Rs. 1 crore for 60% equity. This offer was refused by the startup.

This episode featured the story of a boy, Asif Talib, who drove a rickshaw to make ends meet.

He used to ask students outside LUMS to come and sit in his rickshaw and take them on a tour of Lahore. He made some friends there, and one of them appeared on the show to help Asif.

These students got the idea for their educational startup Lok Sawari Adventures. The core idea behind Lok Sawari Adventures is that they want to help kids from less fortunate backgrounds to acquire knowledge. One idea they had was to take books from big cities to smaller cities in northern areas so that children over there can acquire knowledge without having to buy expensive books.

Dr. Saif listened to Asif and Lok Sawari Adventures story. He said that even if their idea is not worth crore rupees,  Asif himself is worth investing in. He offered him a place at PlanX’s accelerator program.

The people behind Lok Sawari Adventures wanted to buy a bus worth Rs. 70 lacs for their venture. Salim Ghauri offered to meet them later and understand the numbers and how long will it take for them to return the money.

Monis Rahman is the CEO of well-known Rozee.pk and Naseeb Networks. Before Rozee.pk came into existence there were multiple other job portals. However, people were not aware of them and Monis saw an opportunity to make Rozee a giant. Rozee.pk did massive marketing and awareness campaigns. Today it processes almost 40,000 applications every day and serves 65,000 employers.

Nabeel stated that even though the idea is important, it is how you execute it that is more important. Monis Rahman joined in and quoted that it was due to ‘1% inspiration and 99% perspiration’.

Monis shared a very interesting story from his early days. He started Naseeb Networks from a very small room of 4 people. It was so small that when one person had to go to washroom, everyone had to get up to give them space to leave the room. That is from where he started and today he has a huge office of his own.

He also shared the first time he launched Naseeb.com in America. The first day he launched it, he was afraid whether it would work or not. During this launch, Monis stayed up the night in Pakistan, just as the Americans were waking up in the morning. Monis remembers how he earned a revenue of $60,000 as the registrations started coming in.

Episode 8 of Idea Croron Ka started off with Nabeel sharing some facts and figures.

He mentioned that Pakistan’s total population is around 22 crores and 3 crore of this population lies in the age bracket of 20-30 year olds.

Imagine if even 1% of this age bracket, which is almost 1 lac of youngsters, think of pursuing their own startup. Imagine the kind of impact this will have on Pakistan’s economy, somewhere around Rs. 30 billion. That, Nabeel added, is the power of entrepreneurship.

With the introduction out of the way, these are the main investors who starred in the episode this time.

Next up, the startups who made their pitches on the show:

Nearpeer, founded by Ammar Ali and Shahrukh Swati aims to educate parents with the progress their children are making at educational institutes and judge the quality of education they are getting. Nearpeer is a web portal that integrates online courses covering multiple course tracks.

Shahrukh Swati, representing Nearpeer, wanted to secure investment to make their startup technically sound so that they can integrate multiple assessments as well. Shahrukh pointed out the 3 main problems that education sector is facing:

Nearpeer is providing a solution to all these problems and in order to scale it smoothly, they were looking for an investment of Rs. 1 crore against 10% equity. Upon Ali Aziz’s question on what specifically they want to use this investment on, Shahrukh replied that they’ll use it to make their service technically sound, for graphic designing, content generation, social media marketing and awareness in far flung areas of Pakistan.

Naeem questioned them regarding their competition and their unique value proposition as Humayun questioned the market size. Listening to their entire pitch, Humayun refused to offer any money as he was not convinced on the technical side of the startup. However, Naeem offered Rs. 1 crore for 30% equity in the startup and Ali Aziz offered to invest Rs. 1.5 crore for 30%.

Shahrukh wanted to discuss this offer with his co-founder further. However he asked Ali Aziz about what services he shall be offering. Ali offered design services, a technical team, online market services and help in strategy, sales and product development strategy. Shahrukh went even further by saying that he can accept his offer but just needed to ask one more question before accepting it. He asked whether Ali will give his personal time and guide the startup through his personal experience.

To this Ali replied that when they need help with strategy, he will be available, otherwise his team will work closely with him. Shahrukh was not convinced with this and decided to reconsider the offer and brought the equity to 15% from 30% which was the original ask of Ali Aziz. Ali didn’t want to lose the opportunity as his interest lies in this space, so he convinced Shahrukh to take the equity up to 20% for Rs. 1.5 crore. Shahrukh agreed to this offer and the deal was closed.

In this episode Nabeel introduced the person behind the one of the most popular ride hailing services in Pakistan; Junaid Iqbal, CEO of Careem. Careem is the well-known mobile application to order a cab service. It is currently successfully operating in Lahore, Islamabad and Karachi.

Junaid shared his marketing strategy that started off with getting rent-a-car services on board and later moving on to social media marketing specifically through Facebook. He also shared the entire dynamics of how Careem works. He mentioned the fact that 60% of Careem users are women. Junaid mentioned how their captains are playing a huge part in being socially responsible. During a recent terrorist attack, Careem rides were made free for anyone who wanted to donate blood for the injured victims.

Junaid believes Careem is more than just a business, with a social appeal and responsibility. Humayun appreciated this and as did Dr. Umar Saif.

During the first segment, we came to know about Rabiya Nusrat and her tale of prevailing against all odds. Her husband passed away and she used his car to start a pick and drop service for the neighborhood kids in order to make ends meet. No matter how many times she had to do these rounds for kids, she’d do it and never lost hope and faith. She knew she had to earn to for her children.

During the show, her son proudly introduced his mother, stating that he could not have achieved what he has achieved in life today without her. And she did it despite struggling through brain tumor.

Following his mother’s courageous example, he founded Rieaya services – a startup employs women drivers who can offer their services for female students. Rieaya Services is an application that will provide updates to the parents that their child has been picked from home and dropped at the school/college and vice versa.

Rieaya Services was looking for investment of Rs. 50 lacs against 40% equity, starting with 4 cars. Dr. Umar Saif appreciated the passion of Rabiya Nusrat. Humayun Mazhar suggested that they can be offered help in technology and software as he has already invested in a similar startup by the name of Travly. Naeem appreciated the social impact that this startup had. Humayun offered to help them with their entire technology but for that he asked for an initial meeting where they can get more clarity on their business model.

So this was it for Idea Croron Ka this time. Stay tuned for more episodes.