According to mobile cellular policy of Pakistan, issued in January 2004, Pakistan Telecommunication Authority was supposed to auction 3G spectrum in the country soon after 2005.

Which, as we know today, didn’t happen.

PTA boasted about 3G and its auction for years but never was able to sell any spectrum for years. In fact, first formal attempt to hold 3G auction was made in early 2012 when an IM was issued, but it was soon cancelled.

Those who have worked closely with the regulator and the government would know the amount of effort required to get things approved in government departments. These bureaucratic procedures, SOPs and processes delayed the much wanted 3G auction for years.

It was not only bureaucracy that was causing the delay in 3G spectrum auction, operator’s unwillingness — for reasons that I can tell you in comments below if required — to spend money on spectrum and then network up-gradation was another major hurdle.

All in all, Pakistan faced humongous delays in 3G spectrum auction and mobile broadband remained a dream for Pakistanis for over a decade.

Fast forward to late 2013, Dr. Syed Ismail Shah was appointed the chairman of PTA and he was immediately tasked to complete the pending auction of 3G spectrum. And the rest is history.

It won’t be fair if we miss out a mention of Ms. Anusha Rehman, Minister of IT and Telecom, who played a key role in the 3G auction, but it was Dr. Ismail Shah who executed the entire process with perfection and provided maximum yield to the government.

For example, he — on his own — took the decision of splitting 10MHz band of 3G spectrum and making four 3G slots instead of 3 (two 10MHz slots and two 5MHz slots each). While he faced resistance from everyone, it was only his move that led Telenor to spend another $395 million on spectrum with-in 2 years of first spectrum.

He not only defied seemingly insurmountable odds and government’s procedural challenges but at the same time convinced cellular operators to invest in new technologies.

As a whole, Pakistan generated over $2 billion in pure revenue from the spectrum auction with-in just four years. 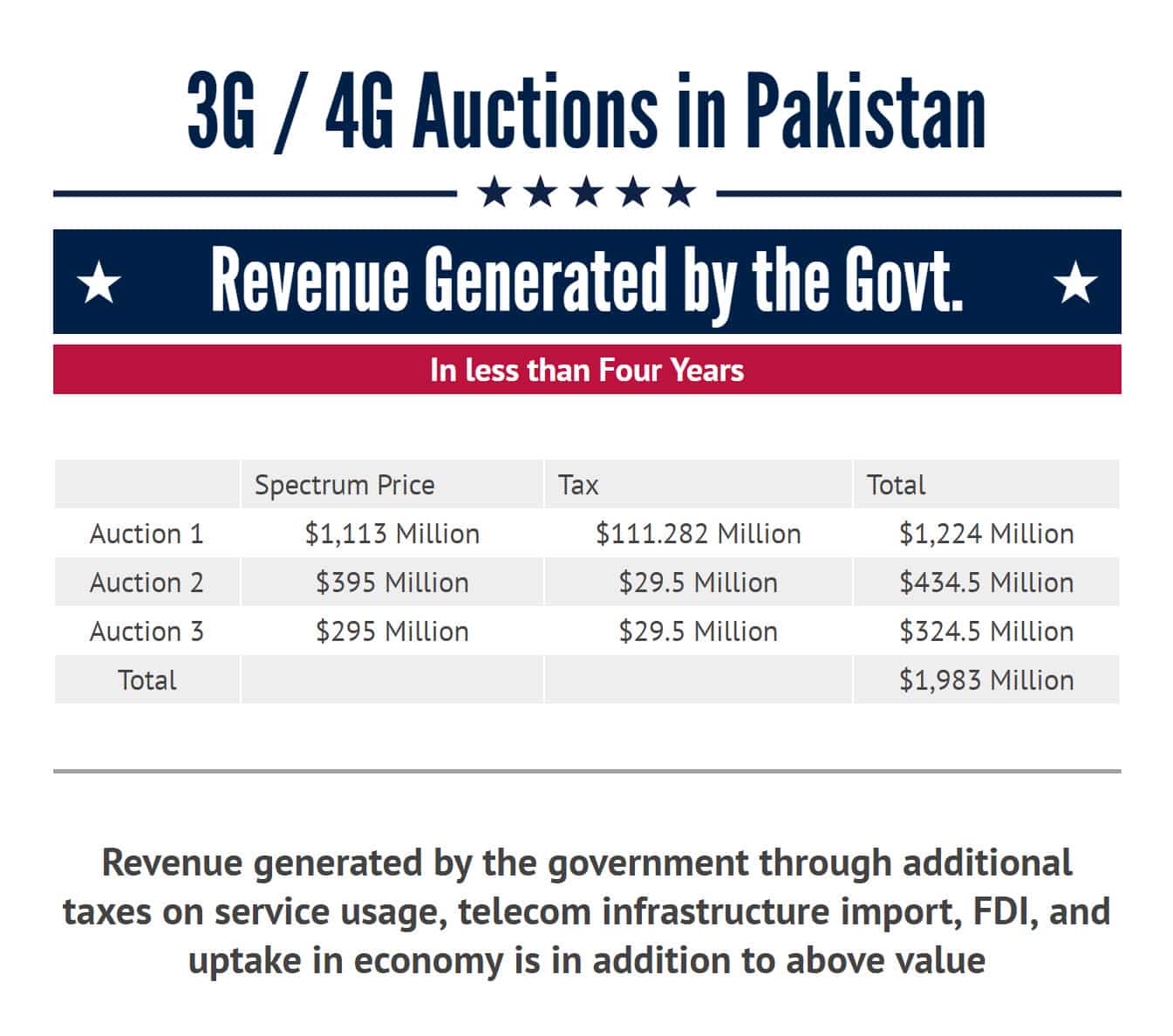 Further adding to the direct revenue, Pakistan was bestowed with mobile broadband on 3G and 4G networks, which is doing wonders today. If you taking it for granted, just recall the excitement with which we used to share screen-shots of 3G speed tests.

Pakistan grew to over 40 million broadband users with-in three years and it’s just the beginning. We already have countless success stories — Careem, Uber, Daraz to name a few — which were otherwise not possible without the broadband internet penetration that we have today.