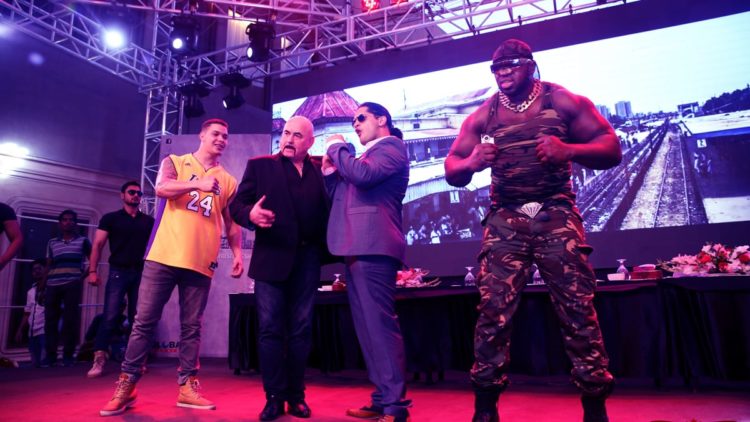 Did you grow up watching pro wrestling on TV? If yes then you might have fond memories of how WWF aired Stone Cold’s “Austin 3:16” promo in the 90s. Or how The Undertaker retired Shawn Michaels at WrestleMania 26, just to quote but a few of those legendary moments.

There’s no doubt that wrestling is super popular with Pakistanis, seeing as how entertainment-starved we are for some quality programming.

Now what if you could actually stand among the audience, witnessing the spectacle firsthand? That dream of many wrestling fans went unfulfilled, until now.

The Beginning of International Pro Wrestling in Pakistan?

May 17th will be remembered as the day world-renowned professional wrestlers set foot in Pakistan.

Like the shows you watched on TV, the event began with wrestlers coming out for their introduction. Here’s the list of top performers who came to Pakistan:

They were all given a grand reception. Out of all of them, Barett, Carlito and Khan received the loudest cheers from the crowd. 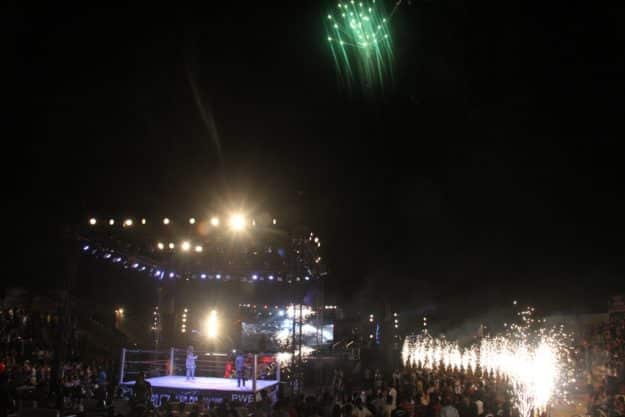 Seven matches were held between different wrestlers. The crowd literally went wild screaming at the top of their lungs with some chanting “This is awesome, we want wrestling,” and others thanking the stars ““Thank You Badshah” or “Thank You Barrett.”

For the main event, Carlito fought Khan with Wade Barret acting as the special guest referee. 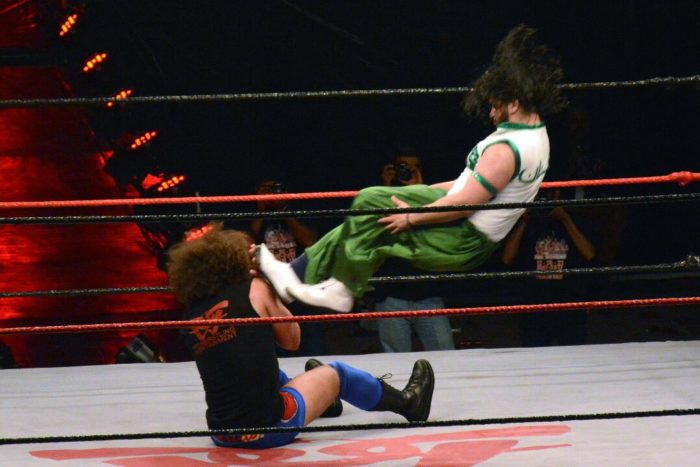 As the match was nearing its end Carlito took out an apple for his signature move. He took a bite out of it and tried to spit it on Khan’s face. Khan dodged the fruit attack right on time, having anticipated the attack.

Annoyed, Barret hit Carlito with his finisher Bull Hammer, giving Khan the opportunity to end the match and win. 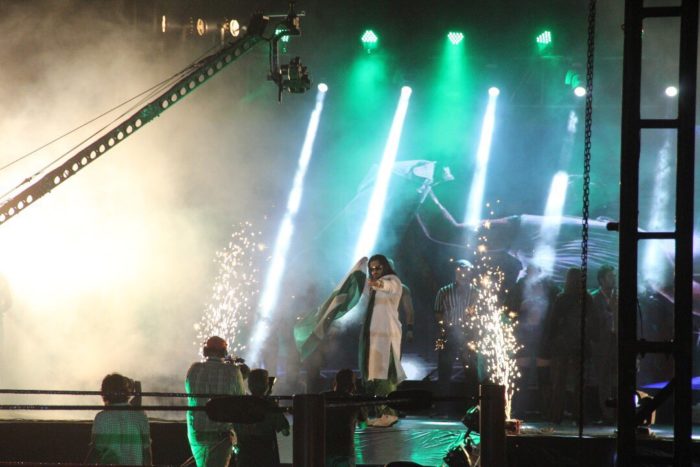 Not everything went as planned during the event with sound issues and rope problems. However, that certainly did not spoil the event for the wrestling fans who witnessed history in the making.

In fact, there’s more pro wrestling to come. The next two events will be held in Lahore on May 19th and Islamabad on May 21st respectively.

This event in particular will be remembered as the first signature PWE show which single-handedly kickstarted the international pro wrestling scene in Pakistan.