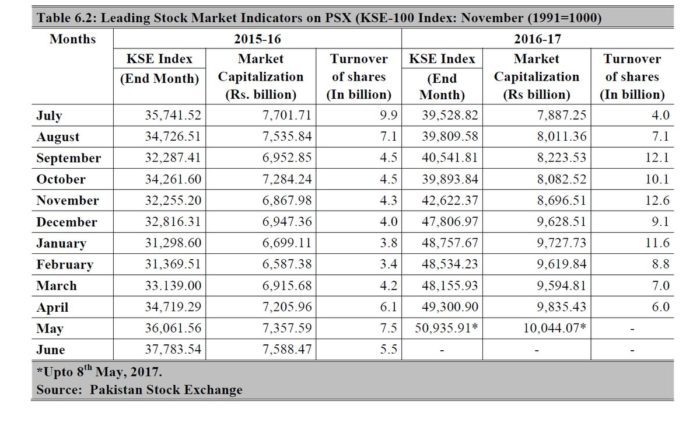 The period, July 1, 2016 to May 8, 2017, witnessed an overall positive and bullish trend for the stock market. PSX calculated to have provided total returns of 46 percent for the year. The PSX’s returns of 46 percent also stood out as the best in MSCI Frontier, according to the Economic Survey 2017.

The return of 46% [in calendar year 2016] stood out as the best in MSCI Frontier Markets and compared favourably with the PSX average gains of 20% over the past 10 years and average return of 24% over the last 20 years. 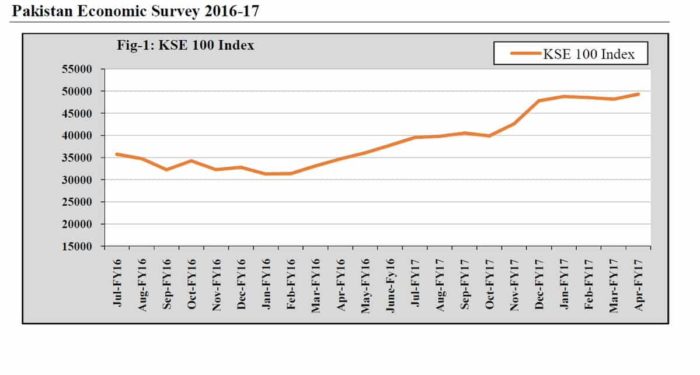 The investors capitalized on the opportunity of short gains amid sporadic profit-taking as the benchmark KSE-100 closed in red. KSE-100 index fell by -232.14 points, or 0.44% by the close of Friday’s trading session to reach 52636.87 points, registering profit taking in two days. The downward pressure was observed in index mainly due to the plunge in international oil prices. 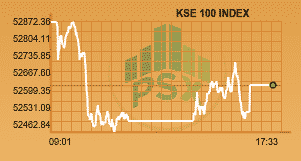 Overall, 431 million shares were traded, which were better than Thursday. While in KSE 100 index volumes plunged down to 116 million shares.

Shares of 392 companies were traded. At the end of the day, 186 stocks closed higher, 201 declined while 5 remained unchanged. 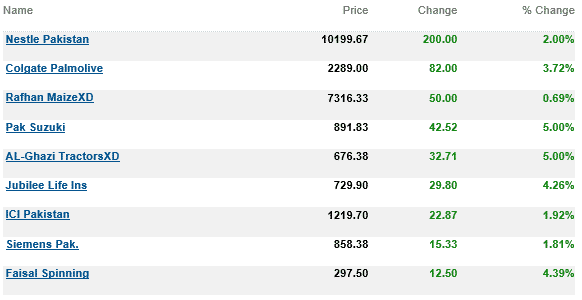