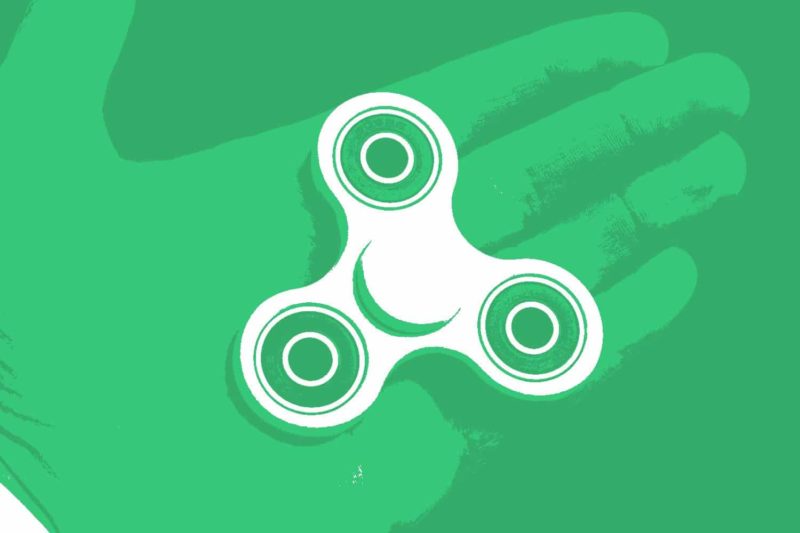 Do you know that the Fidget Spinner was invented in 1997? Or that the inventor held the patent for the toy for 8 years before she had to surrender it due to lack of funds? The world might be going crazy over this addictive, spinning toy but sadly Catherine Hettinger, the real inventor behind it, doesn’t even get a cent from its recent popularity as a must-have toy.

Almost 20 years after Catherine came up with the idea of the Fidget Spinner, the toy has spread like wildfire around the world. Now, everybody wants in on the next big toy-craze and it has also been debated if the toy could help children with ADHD.

Nobody can say for sure why it took two decades for the toy to come out of the shadows, but one thing is for sure, it is here to stay for a while. Everybody wants to get their hands on it.

The simplest of the Fidget Spinners you can make is without using any bearings. It won’t spin as perfectly as a spinner with a bearing but it still works good enough as a fun project. Everything you need to make this can be bought from a stationary store and will take you barely 10-15 minutes to put together.

You can also make a Fidget Spinner completely out of LEGOs, and an axle. Like the one without bearings above, it won’t spin as long but it still gives a satisfying spin.

You can refer to this guide to create a fully functioning LEGO Fidget Spinner.

If you are planning to go one step further, you can make an amazingly cool looking fidget spinner using a bike chain!

How about a spinner that looks like a spinning ring of light? All you need is a few LED bike lights and stick them to a bearing and you’re good to go.

You can also fashion a pretty slick fidget spinner using a few dozen Popsicle sticks and then use coins as counterweights.