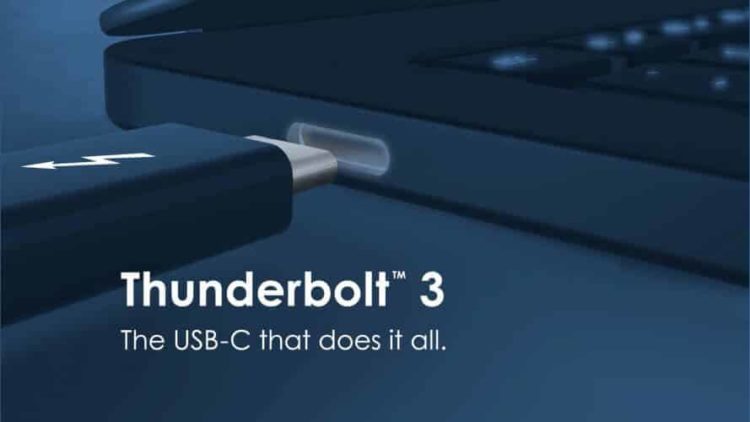 People who hate dongle hell can rejoice because one of the more advanced (and speediest) connections out there just got a huge boost.

Thunderbolt 3 is among the most critically-acclaimed data-transfer standards right now. It was held back by its limited availability and high cost. But not anymore.

Thankfully Intel, its main backer, is removing some of those barriers in a bid to help it achieve mainstream status.

Fast and Easy to Use

There are several reasons as to why Thunderbolt 3 is being touted as the standard most PCs should be using. For one, it is reversible as it uses the Type-C standard, which allows it to be much more hassle-free than past standards.

Further, it is one of the fastest ports around with a peak transfer rate of 40 GB/s. USB ports by comparison can only reach 10 GB/s at best.

However, as it has been mentioned several times, the costs of Thunderbolt 3 accessories such as cables also need to be lowered.

To reduce the price of Thunderbolt 3 ports, Intel won’t be charging a royalty fee from manufacturers who choose to license Thunderbolt 3 on their devices.

Secondly, the company is also increasing support for Thunderbolt 3 via its 7th-generation Core processors, which will bring the necessary power to handle the extra oomph brought by the port. The move can also give it another competitive edge in the fight against AMD.

There are currently 120 PCs which use the combination of Intel Core processors and Thunderbolt 3, a number which is said to swell to 150 by the end of this year. However, these systems have almost exclusively consisted of high-end machines, such as the new MacBook Pro laptops that only bring Thunderbolt ports for connectivity.

The news can potentially open up even more options for technologies like virtual reality, gaming and all others that need to handle large amounts of data to thrive.

It also takes us one step towards a future – with one single dongle – to handle everything.