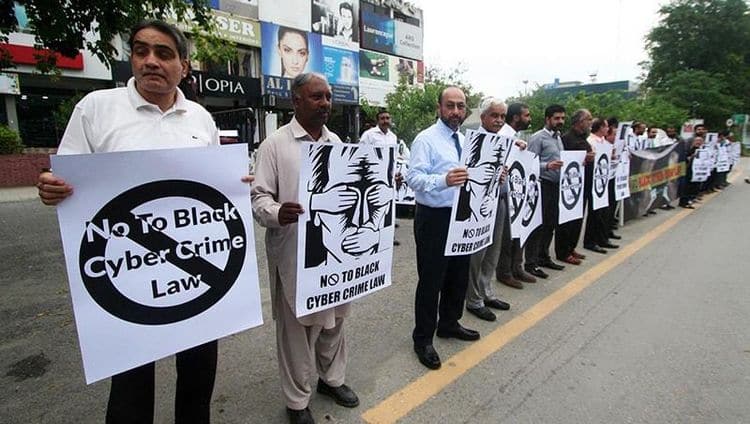 The incident came following the government’s directives to not spare anyone who posts material online against the military.

Adnan Afzal Qureshi, a PTI worker, has been arrested from Defense Housing Authority on Tuesday. FIA has charged Adnan under:

We arrested the PTI activist for [posting] a series of anti-military tweets and running a Facebook page containing such content. The suspect used abusive language against some military personnel and political leaders.

We are interrogating him to know whether he is part of a group that has launched an anti-military campaign or whether he is doing it on his own.

This crackdown campaign which initially started two weeks ago by Minister Ch. Nisar Ali Khan. Since then, popular social media platforms have been closely monitored.

In response to the actions taken by FIA,  Andleeb Abbas – a representative of PTI – expressed the views of the party. She said that PTI will petition against the “illegal actions” taken by the government agencies.

We will move the court against the FIA’s action against young boys [PTI activists] whose only crime is to express their opinion.

Furthermore, Andleeb also questioned why the Interior Minister has been silent on the issue and said:

Instead of sending the FIA after young people exercising their right to freedom of expression, the government should assign the agency to take out criminals running huge scams [on social media].

PTI will also be looking to provide legal assistance to Mr. Qureshi. Furthermore, FIA has warned that multiple arrests will follow in the coming days regarding this issue.