The benchmark KSE-100 index of the Pakistan Stock Exchange took a hammering of massive 2000 points on Thursday. Dreams of US $500mn inflow shattered – PSX was the worst performer in Asia. It witnessed the biggest single day drop since Sept 2015 for KSE-100.

KSE-100 index fell by -1810.76 points, or 3.58 pc by the close of Thursday’s trading session to reach 48780.81. The Market recorded its sixth successive finish in the red – as stocks slated for inclusion in the MSCI Pakistan Index underwent massive selling pressure.

Previously MSCI related enthusiasm drove the market to all time high of 52,876pts (May 27, 2017), before eventually submitting to selling pressures (particularly by FIIs) at the end of the month.

The cause of bloodshed was because of the panic selling by local investors after the FIIs remained net sellers in May for 7th consecutive month. They sold shares worth of US$141.2mn share, of which US$81.6mn was done on the evening of MSCI EM inclusion yesterday as the frontier market funds are exiting out as said by the experts. 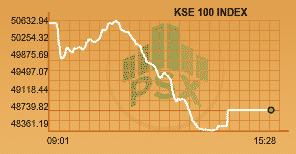 Overall, 403 million shares were traded. While in KSE 100 index volumes plunged to over 197 million shares with a total worth of nearly Rs23.60 billion. Trading was led by commercial banking stocks owing to the market’s harsh reaction to its first day of exposure to the MSCI Emerging Markets index. 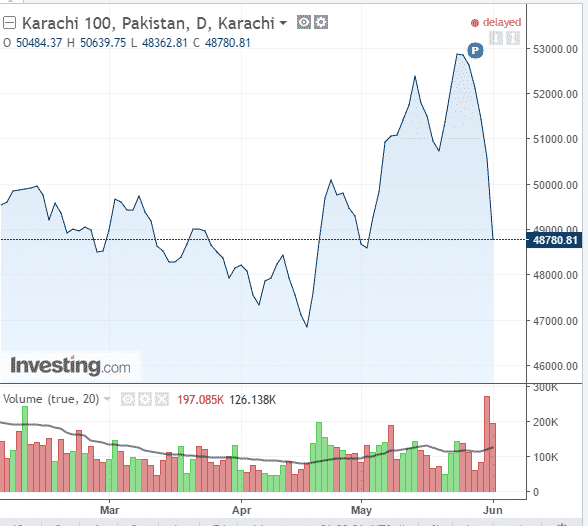 Shares of 388 companies were traded. At the end of the day, 38 stocks closed higher, 343 declined while 7 remained unchanged.