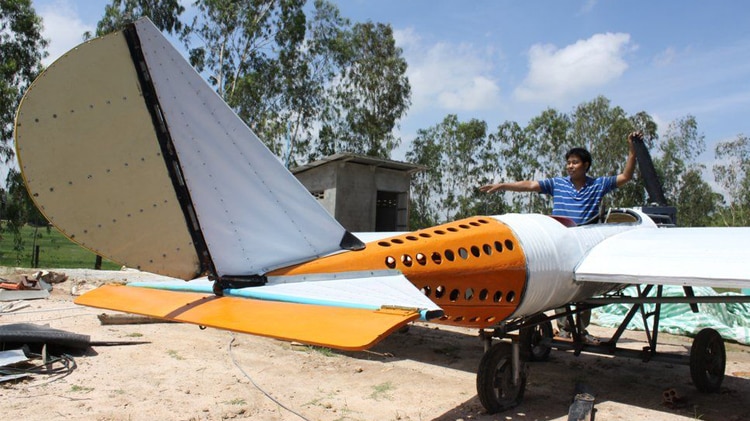 In Cambodia, some 90 kilometers east of the capital city of Phnom Penh, a man named Paen Long owns a dusty workshop and works as a mechanic to make ends meet.

Growing up in a difficult place, Paen didn’t have many facilities. His favorite pastime was roaming around along with chasing after any aircraft he could spot in the sky. A simple life for a simple person right? Except for Paen, that lifelong obsession with aircraft and how they work would propel him to global fame.

When Paen turned 30, he decided to do something. Long after his wife went to sleep, Paen could stay up late to watch countless hours of aircraft videos on YouTube.

A Beginning of Something Truly Marvelous

“In the beginning, I typed in the word ‘jet’ in YouTube,” he says.

From there, he was led to videos that showed planes taking off and landing, flight simulations, and virtual tours of factories that produced aircraft. Paen could watch them all, learning how they work, how they look, and just about everything in between.

Remarkably enough, after watching videos about aeroplanes over YouTube, Paen had learnt enough about how these flying machines come together. His next step? Making one.

It took Paen one year to build his own aeroplane and learning how to fly it! But it wasn’t as easy as he thought, as he mentions how he suffered a non-lethal crash landing in his early days. 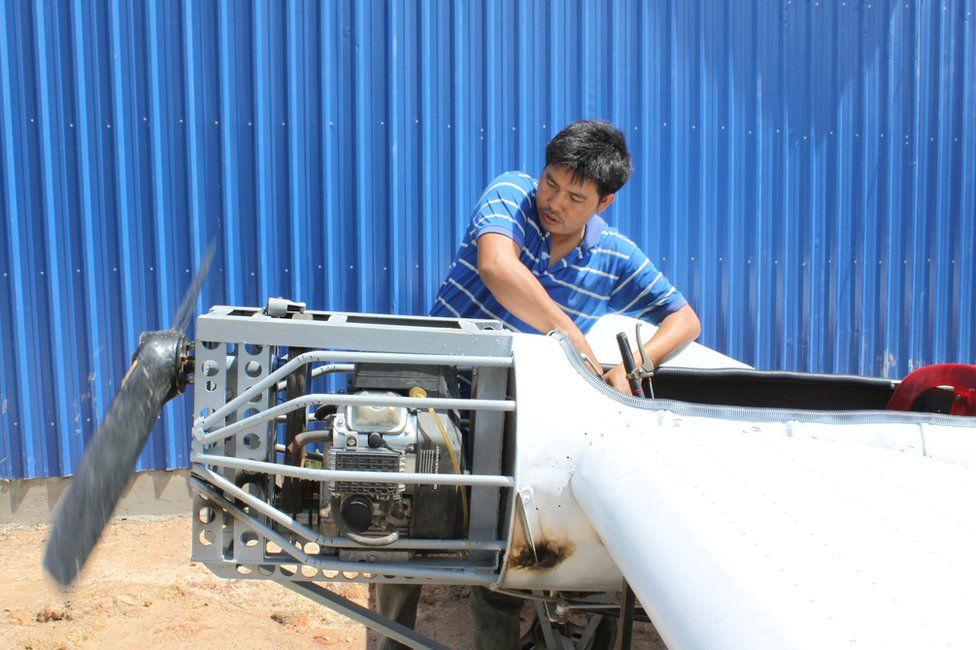 “I started building a plane, making it in secret,” he says. “I was afraid that people would make fun of me, so sometimes I worked at night.”

Working as a mechanic, Paen had limited resources and funds to complete the project he had started. “After I completed about 20 percent of the plane, I almost gave up,” he said.

But he kept going. 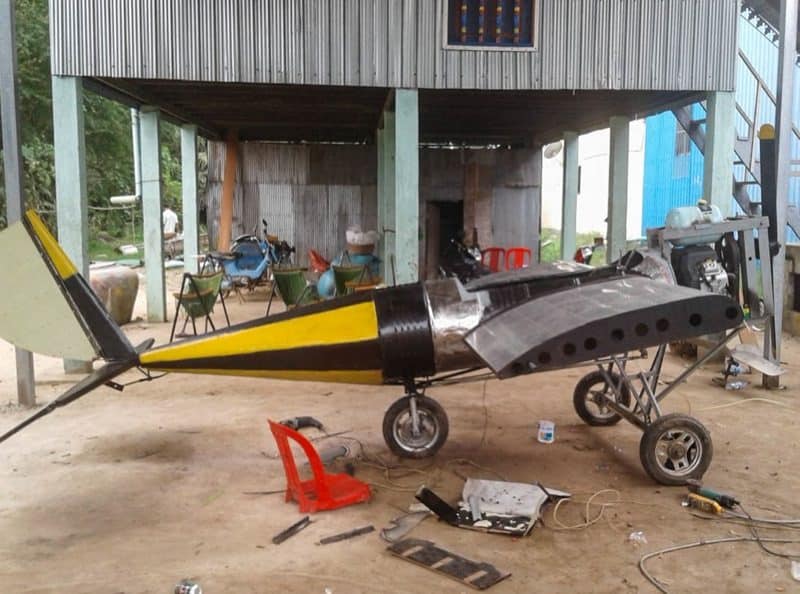 At one point, Paen faced technical difficulties which he could not overcome without finding specific mechanical parts. But he located the parts at a local junk airplane site to carry on with his work.

The design of the plane that Paen made out of scrap parts is based on a Japanese aircraft used in World War II. With a wide span of 5.5m, the only seat for the pilot is a plastic chair with the legs sawed off. The body and wings are made of metal from gasoline cans. 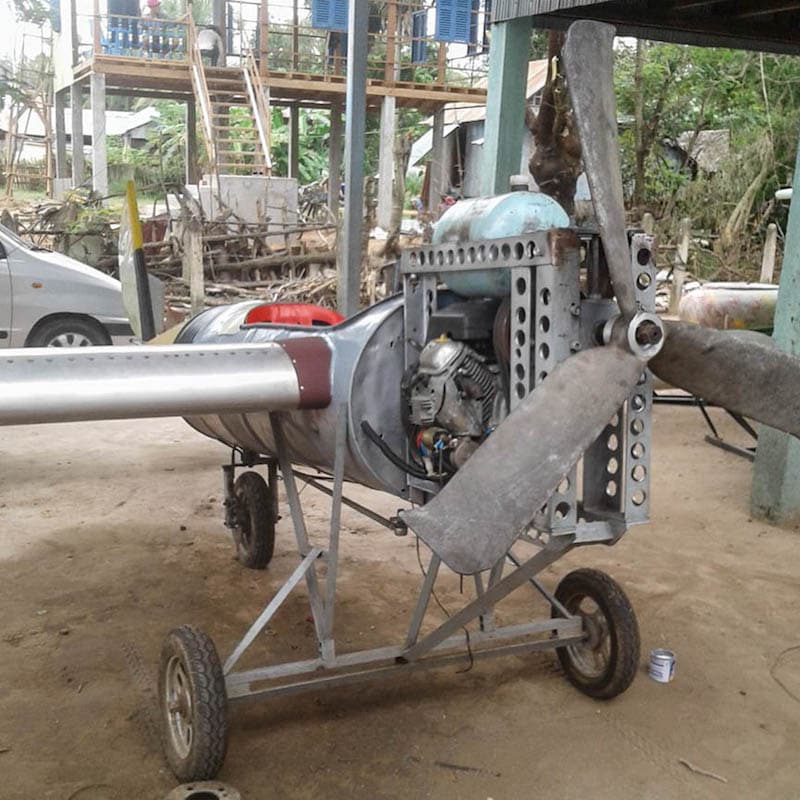 On 8th March, locals gathered to witness Paen fly his plane for the very first time. He started the engine and three people helped to push the plane on the runway, which was on a nearby dirt road.

Once inside the cockpit, Paen strapped on his only safety precaution; his motorbike helmet. His aircraft reached a height of 50 meters during its first solo flight, before crashing to the ground. 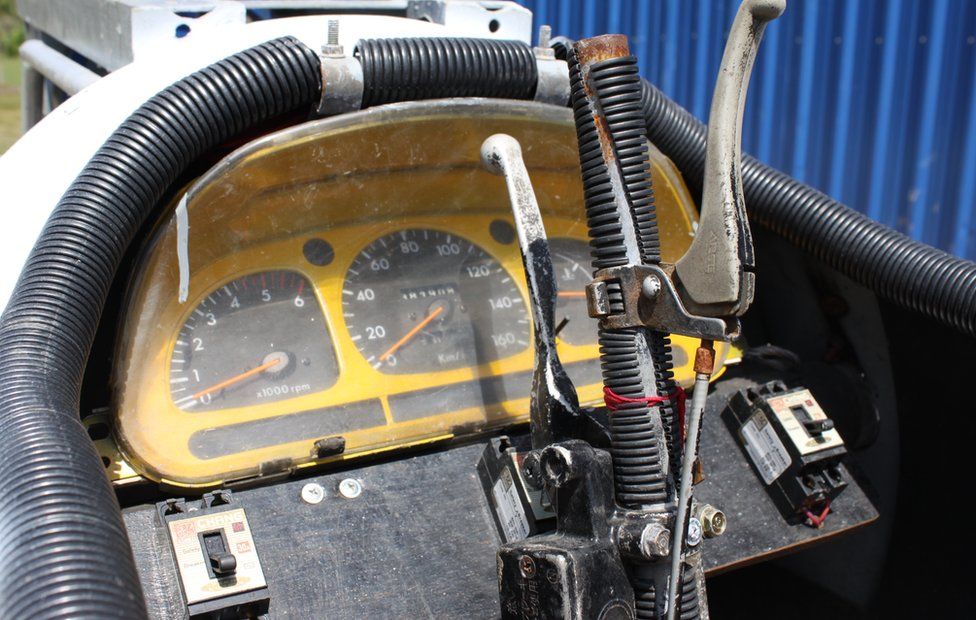 “I was standing there and tears came down [my cheeks]. I felt emotional, because I couldn’t bear all the things they were saying to me,” Paen said.

He added that he needs to reduce the weight of the machine for it to be more successful. Currently, the aircraft weighs 500kg.

While no expert has inspected the model so far, a pilot advised him to modify the tail after seeing a photo of Paen’s self-made plane over on social media.

The setback made him more determined to succeed. However, Paen has now started on another project – building a seaplane.

Cost of the Project

Mr. Long estimates that the original aeroplane model cost him more than $10,000 to build. Thus far, he has spent over $3,000 on the seaplane.

These figures are not small in a country where the minimum wage is $153 a month and that too where 13.5% of the population lives below the poverty line.

Though Paen Long might not have succeeded yet, his perseverance and spirit show no signs of dying down. He hopes that one day he can fly his own plane and accomplish his childhood dream.