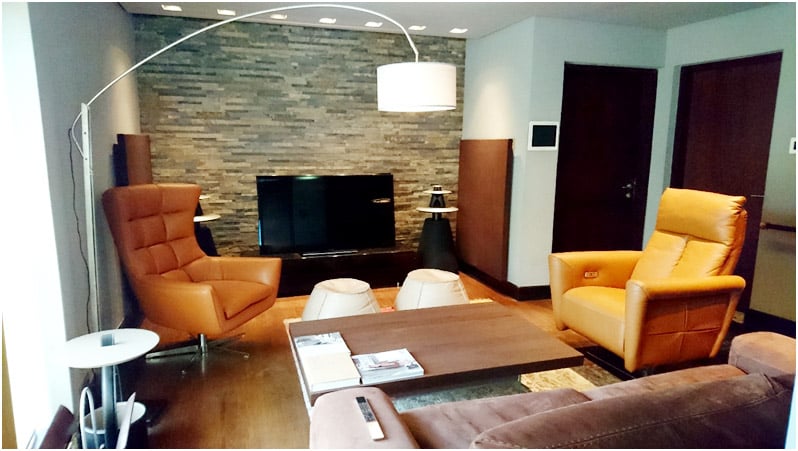 Have you ever wondered what the ideal home entertainment system looked like? What if it was more than just aesthetic benefit, but something you had control over?

It’s not just a fantasy anymore, but a very conspicuous reality to control the ultimate ‘home’ experience on your fingertips. This includes, but isn’t limited to, the following:

Who’s to credit for making this a reality? That would be Synergy Technologies. They have a website and have two Entertainment Centers:

Here’s what their Sales Manager, Waqas Ashraf had to say about Synergy’s product offering:

“We’re not in the fashion or business of explicitly of divulging ‘packages’ to our customers and associating them with prices.

Each customer is unique and needs to have a completely customized solution for home.

That includes his home entertainment, his lighting, his window blinds, and other electronics that he wants to be included in the realm of his home automation”

Let’s examine this from the top. A correspondent was invited to the Experience Centre in Lahore to view their product offering.

In essence, there were more than just a few “more than meets the eye” moments.

At the beginning of the demonstration for the Home Lounge, it was conveyed that the iconic Bang & Olufsen speakers  the BeoLab 5’s were being used alongside a B&O 55” Avant Television. This particular arrangement would cost approx. PKR 3.9 million. Part of the setup were ceiling lights and a lamp that could be controlled via the Lutron app, a retractable table, and motorized shades.

The Lutron app was then showcased that could control the audio levels in the home lounge and a makeshift kitchen near-by, with different songs being able to be played simultaneously. Lights and electronic blinds could also be controlled. 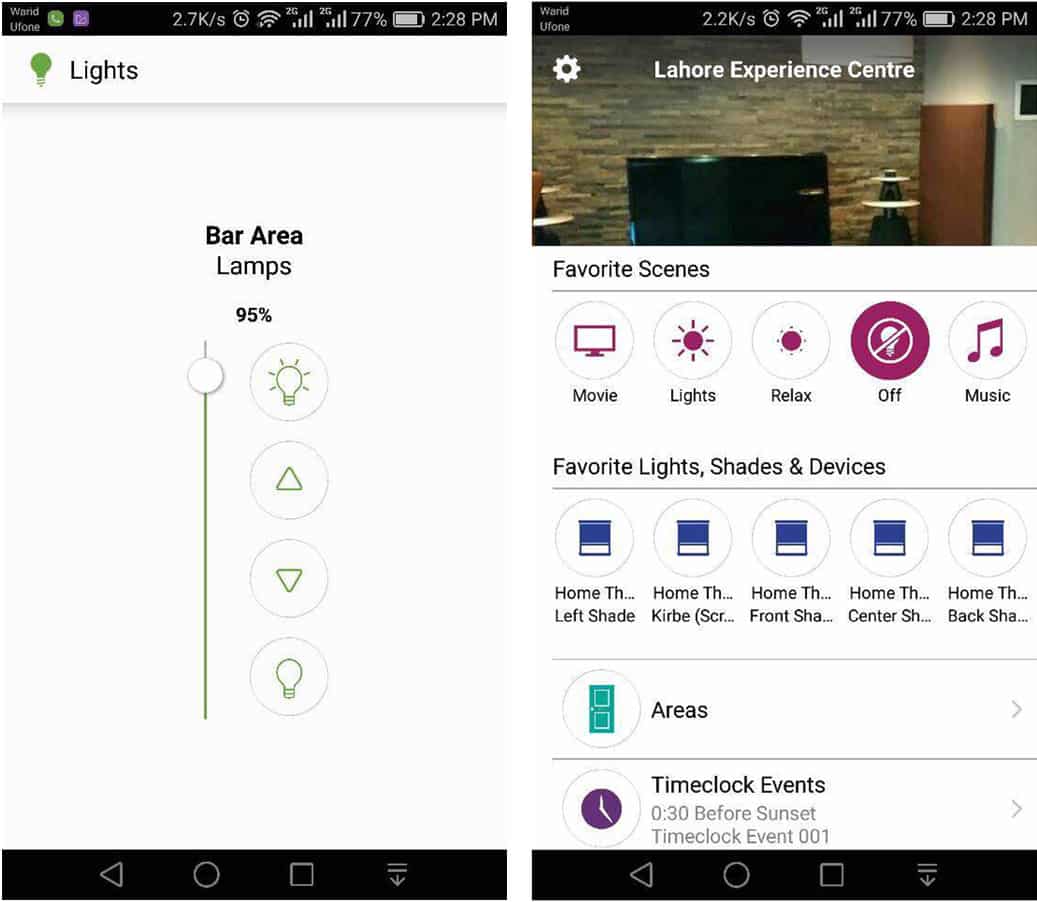 Afterwards, a tour of the home cinema was shown. With a glance of the home cinema system, it was mentioned that the seats were able to recline fully and that a state of the art audio system was implemented. Sample movies were displayed that were either in UHD or HDR, both of which fall under 4K movie formats.

It was also conveyed that Steinway Lingdorf speakers were being used in the home cinema – truly state of the art audial equipment.

Brand Manager of Synergy, Imran Kardar, went further to explain: “Steinway and Sons, originally a piano-maker, collaborated with Lyngdorf to create devices that provided that ultimate audial experience. In case you haven’t seen a Steinway Grand Piano, watch La-La Land – the movie clearly epitomizes them in the form of a big budgeted Hollywood movie.”

Synergy’s magnum opus in the realm of home entertainment indeed lay in the way they set up customized home cinemas for clients, as made evident by the one they had at the Entertainment Centre in Lahore.

It was at that moment the Sales Manager, Waqas, had more to say about just how accredited Synergy was a service, not just in Pakistan, but on the global stage as well

“There is an annual global awards ceremony under CEDIA (Customer Electronic Design and Installation).

We managed to win an award under the category Best Home Cinema over 100,000 pounds, and got an honorable mention for the home automation solution we provided the same client for his home.

North Americans have a separate ceremony as their electronics are part of the 110v range, whereas most other areas in the world operate in the 220v range”

The Cinema came equipped with a D-Cine Premiere DP90 2K Digital cinema projector by Barco, with a Tannoy Vnet active speaker system, fed through a Meridian 861 surround processor, with a Creston System present and an AV system complemented by a movie server.

The best part was the AC, which ensured reliability despite outside temperature that could exceed 122 degrees Farenheit. 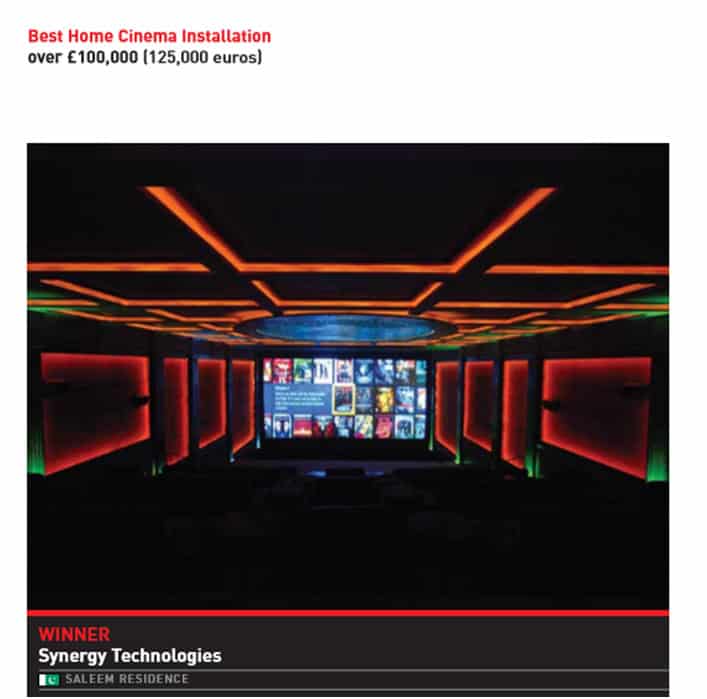 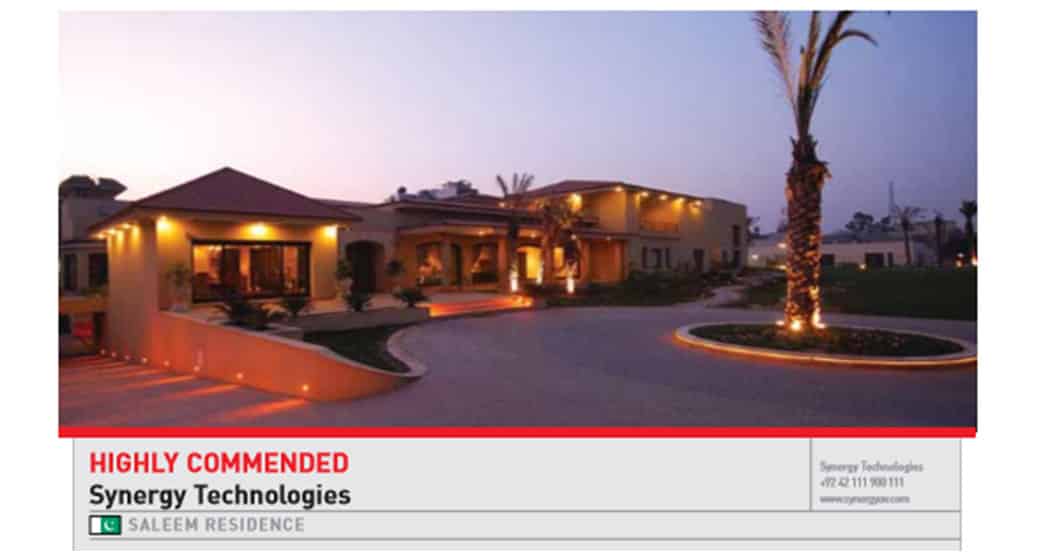 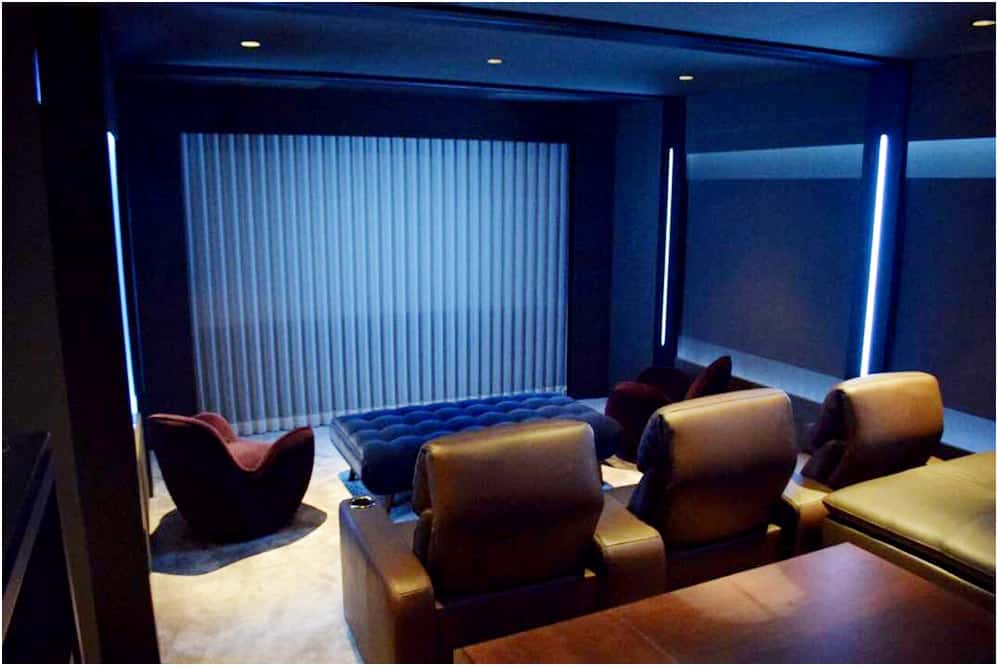 The tour concluded with a display of a Bang and Olufsen home system, with speaker ranging at different price points. B&O products were also on display for sale, which included the B&O Play Bluetooth Speakers, Wireless Speakers and signature B&O headphones.

“The brands we deal with have products in some of the leading institutions of the world.

There’s even a few products that appreciate over time. For example, there was a customer that bought a McIntosh system more than 10 years ago for 700 dollars and just sold it for 4,000 dollars. There’s something to like for everyone”