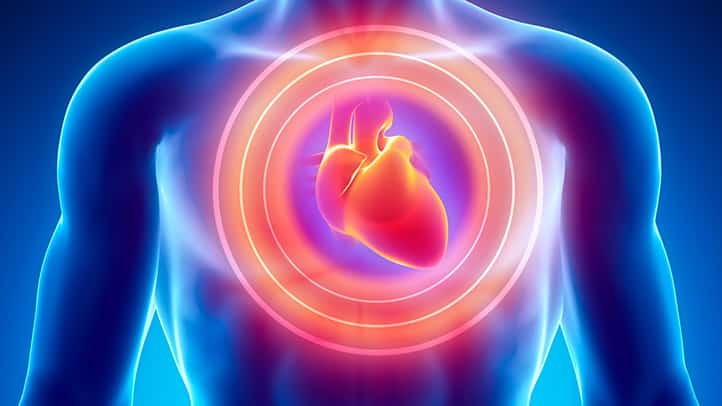 Did you know that in Pakistan, 30 to 40% deaths occur due to a heart related ailment? Cardiovascular issues i.e. heart related medical conditions, claim as many as 200,000 lives in Pakistan every year.

A heart attack is one of the most deadliest occurrences in the medical world. The chances of a heart attack being fatal are so high, that it is considered a deadly attack even though it can be taken care of, and that too if medical aid is received without delay.

One common misconception is that heart attacks mostly occur among men, and that’s certainly not true. Heart attacks pose equal threat and equal chance of occurring in men and women.

This article shares five of the most commonly overlooked symptoms of a possible heart attack. By knowing the early signs, many lives can avoid becoming victim to a fatal heart attack.

Predicting heart attacks is not easy

Its important to mention this – just because there are a few signs and indications of a possible heart attack occurrence, it does not mean that predicting heart attack is easy.

It is so hard to know that a heart attack is incoming, that even the most experience doctors take the safe way when they aren’t sure. Because when you’re not sure, you just aren’t.

Statistics show that over 66% of women who fell victim to heart attacks showed no previous symptoms that they were about to suffer one. Those who experienced a heart attack and survived, said that it came out of nowhere, that one minute they were fine and the next, they weren’t. Interestingly, people who decided to be extra careful and a bit ‘paranoid’ in this matter were the ones who actually stayed well.

With that out of the way, let us look at 5 tell-tale signs that a heart attack is incoming.

Chest pain is the traditional and most obvious signs of a heart attack. Men and women both experience chest pain, even when it is an established fact that men and women’s symptons differ from each other. Its believed that over 90 percent heart attack victims have complained about chest pains.

The pain that you experience is not of one type – it can be a sharp sting, a consistent, dull pain all over the chest, or it may feel like someone is sitting on your chest, stopping you from breathing properly.

This is where a prominent difference between men and women’s symptoms is observed.

Nerve-endings originating in your arms and jaws are very close to cardiac nerves. When their signals travel to the brain, its so close that it is enough to trick the brain into thinking that the pain signal is coming from jaw and arms, even when it is coming from your heart.

Your heart is closely related with your stamina and your body’s endurance. Any damage being inflicted to the heart will ultimately impact on your physical fitness traits and your endurance during exercises. When your heart is trying to tell you something, you will experience a huge drop in your ability to even perform your everyday tasks. Walking up the stairs will make you so out of breath, that you may have to stop for a few seconds before continuing walking up.

Doctors are aware of this sign and tread carefully when a patient describes this shortness of breath and shortage of endurance. The first question a patient is asked is, whether there are some tasks that the patient could do a while back, and now is impossible for them to perform. The patients reply is enough for the doctor to catch the problem.

When you try to do something and experience shortness of breath, chances are that its not just your general lack of fitness to blame for it, although it is very much a huge part behind it.

During heart attacks, it’s entirely possible to fall out of breath or experience very heavy breathing even when you haven’t moved a muscle. A heart that is not being able to function properly results in this effect, and should never be ignored when experienced.

There has been a strong history of patients who reported that they weren’t feeling well, however nothing was found unwell in their diagnosis and they were assured that they are fine. Tragically, some hours later, the same patients suffered from a heart attack.

Why does that happen? Doctors believe that in such instances, the chest pain is masked by the nausea, which generate the belief that the unwell feeling on part of the patients is just flu.

To better know your risk factors, doctors often explain how to react to certain symptoms. Yes, a healthy person may experience the same condition but he may just have a flu. But an obese person, a person with a family history of heart diseases, and blood pressure issues, will most probably have to be aware of any such signs and seek help immediately.

Even if they have flu 9 out of 10 times, that one time that you neglect your health might simply cause your death.

Signs that indicate potential risk in the future

The body also leaves signs and symptoms that indicate an unhealthy heart and an increase of chance of a heart attack in the future. Women who experience high blood pressure levels, or have preeclampsia are probably going to face heart issues in the future.

There are some unconventional signs that indicate your unhealthy future, there signs include yellow fats depositing around the eye lids, a wrinkle developed diagonally on your earlobe, patterns of baldness in males. The more of these signs a person showed, the higher was the chance of a heart problem.