Pakistan Stock Exchange (PSX) will remain closed from Friday June 23rd to June 28th, on account of Juma-tul-Wida and Eid-ul-Fitr Holidays, respectively. It shall resume with Pre-Ramazan trading and office timings from June 29.

Stocks underwent a dramatic ride on Wednesday as the KSE-100 Index took a complete U-turn, registering an over 1938-point intra-day movement after panic selling had caused it to plunge at the start of the trading session. The volatility was seen in the market yesterday.

The market has gone down a cumulative 15% in the past month. Earlier on June 20, the market dipped as the political uncertainty prevailing in the country with regards to the work of the Panama case Joint Investigation Team (JIT) probing the Sharif family’s assets had a negative impact on the stock market. Sell at strength was the strategy adopted by the investors as said by the market analysts.

Shares of 377 companies were traded. At the end of the day, 256 Stocks closed higher, 103 declined while 18 remained unchanged. 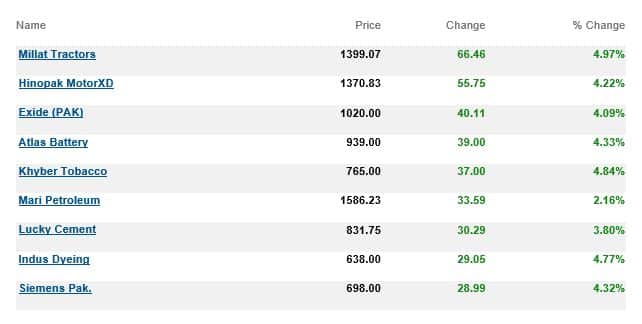