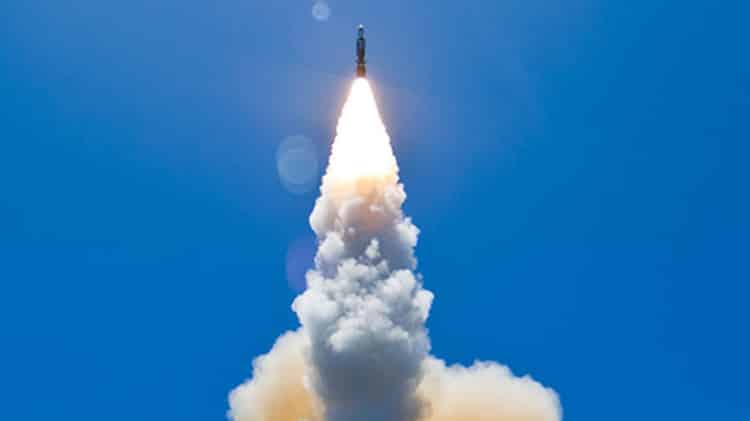 Pakistan is planning to conduct a series of missile tests over the next few days.

The missile tests will include:

Pakistan has two missiles which it can deploy on the battlefield: Hatf-1 and Nasr. The Nasr is designed to be used against enemy troops, tank regiments and other ground based units. It has a range of 60km and is capable of a payload of 0.5–5 kilotons.

Pakistan has three cruise missile variants active in its arsenal, one for each branch of the armed forces – Army, Air Force and Navy. The Babur cruise missile is a surface to surface cruise missile capable of carrying a nuclear warhead of 100kg and has a range of 700km.

The Ra’ad cruise missile is an air to surface missile for the Pakistan Air Force. It has a range of 350km and can carry a payload of around 10–35 kgs. It can be deployed by JF-17 fighter bombers.

In addition to this, the Barq air to surface laser guided missile is being used in the Buraq drones that’s in use by the Pakistani military.

Pakistan Army (Air Defence) has also inducted the Chinese-built LY-80 self-propelled surface-to-air missile system in its arsenal on March 2017. The basic LY-80 unit consists of a command-and-control (C2) cell made up of a surveillance radar vehicle, a C2 vehicle, and three firing batteries.

Each firing battery consists of a tracking and guidance radar vehicle and four vertical launchers, each of which are armed with a missile pack containing six launchers.

Pakistan will also try to get multi-layer ballistic missile defence system S-400 in coordination with Russia.

Earlier, Pakistan successfully test-fired its indigenously-developed submarine launched cruise missile Babur-III having the range of 450 kilometers this year in March.

It also conducted a successful test of an enhanced version of the indigenously developed Babur cruise missile. The Babur cruise missile incorporates advanced aerodynamics and avionics, and can strike targets on both land and sea at a range of 700 kilometres.