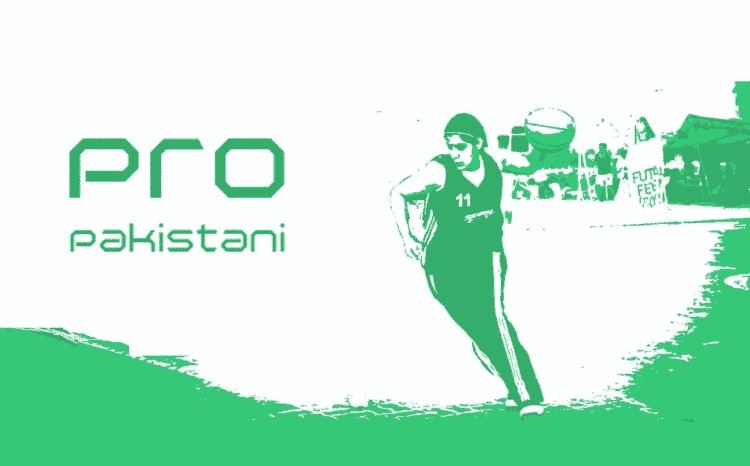 It’s no secret that women in Pakistan have to work way harder to achieve their goals than men have to, even if they way have more talent and skill.

The ones that actually manage to make a place for themselves have to suffer a lot of ridicule and sexism, be it in the form of harassment on social media or rude stares or comments directed towards them in real life. And nowhere is this lack of gender equality more obvious in Pakistan than in the field of sports, which is considered to be “un-lady like” amongst a major part of the Pakistani population.

Despite all these obstacles in the field of sports, there are some women that just don’t give up. Breaking stereotypes after stereotypes, they have a goal to fulfill and they won’t rest until they achieve it. There are a number of Pakistani women like these that are proving themselves in different fields of life, yet only some of them manage to hit the spotlight. Sana Mahmud, a name you might not even have heard of, is one of them.

Sana Mahmud is the multi-talented star of sports in Pakistan. Born in Islamabad, she wanted to be a sportswoman since she was just a child. She was just fifteen years old when she played her first national level tournaments in both football and basketball. 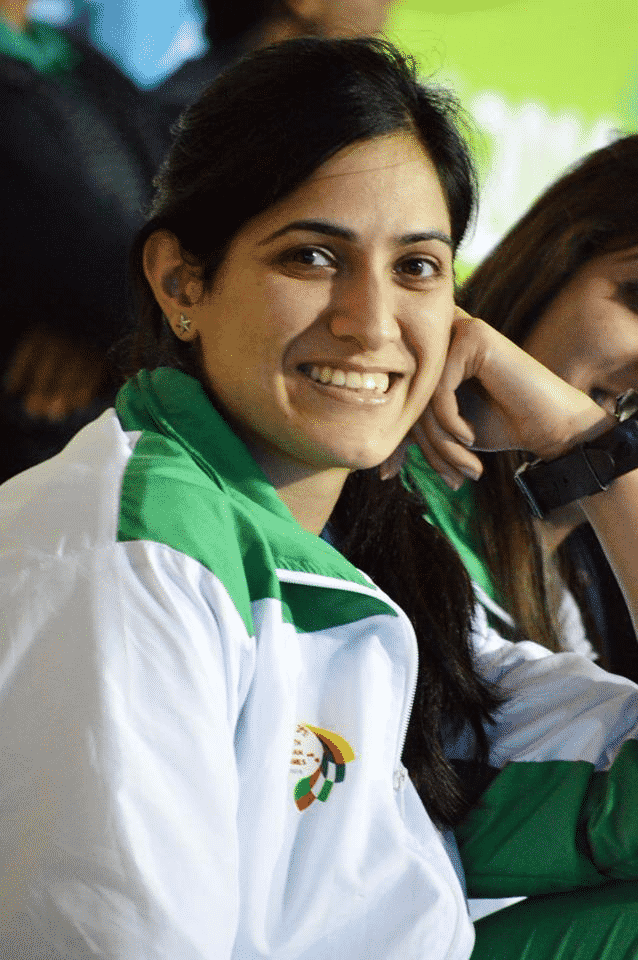 “Interesting thing is, when people look at me, they immediately stereotype me as their idea of ‘typical islamabadi’ which, in some ways, means stuck in a bubble,” shared Sana, while talking to ProPakistani. “I guess that would have been true if it weren’t for sports.”

She thanks her parents for ingraining the concept of sports in her at a very young age. They discouraged television in favor of outdoor activities. As a result, she grew up “with a lot of energy and always wanting to get it out”. In school too, she and her best friend used to play tag with two other boys in class in every recess or free time they got, running around continuously.

“Soon the school constructed a basketball court and a football field and since then all I’ve known to do is put my energy into it,” said Sana.

Sports for Women in Pakistan

The state of sports for women in Pakistan is very sad, especially football and basketball. Even the women’s cricket team, which has managed to attract a fraction of the people’s love due to the country’s obsession with the sport, is like the step child that has never been deemed as good as the men’s team.

Such is the shape for women’s sport in Pakistan that it comes as no surprise that the Football and Basketball teams for women continue to be neglected. In fact, the last time Pakistan Women Football Team played an international match was in October 2014, against Bahrain. According to Sana, “Technically, we do not have a national team (anymore).”

Moreover, Sana says, while it is a common perception that there is a lack of funds or resources in sports, she has found out that even if the concerned authorities have funds, they tend to spend it on the males team rather than the female teams.

Isn’t it sad that the last time the Pakistani Women Football Team attracted major media coverage is after to the tragic demise of Shahlya Baloch, team striker, in a car crash?

While boys can freely run around playing street cricket and go to public parks for playing any kind of sport they wish, the same can not be said for women in Pakistan. In her own experience, Sana has found herself being stared at when working out. Her biggest hurdle? The lack of space for women to play. She has always had to play at the parks where boys play.

“In my school, while there were a lot of girls when we started out, by the end of, I was the only one standing with a ball on the court in my hand,” she said.

All this is more than enough reason to discourage a lot of talented, young girls from pursuing sports, and a lot of do end up quitting. But, having gone through all of it and even, Sana believes that it has made her a stronger person. Now, she is the captain of the Pakistan’s National Women Basketball team as well as a professional soccer player.

“I have traveled so much for sport and lived and played with people from so many different backgrounds, that has shaped who I am today. Part Islamabadi, all Pakistani — with bits and pieces of everything carried with me.” she added.

Growing up, she developed her own way of dealing with things. Not wanting to skip practice, nor wanting to let people down, she showed up in her training clothes everywhere — wedding functions, family dinners, any social gathering.

“Today, if I look back, my main strength is how I managed my time and tried to balance everything — which helps me every second of my life. And how I have moved past the politics, professional jealousy, harassment and discrimination to make it where I am today. This has made me a stronger person.”

She captained the first ever basketball national team to be formed after over 20 years and was the Top Scorer in their first international win against Afghanistan. 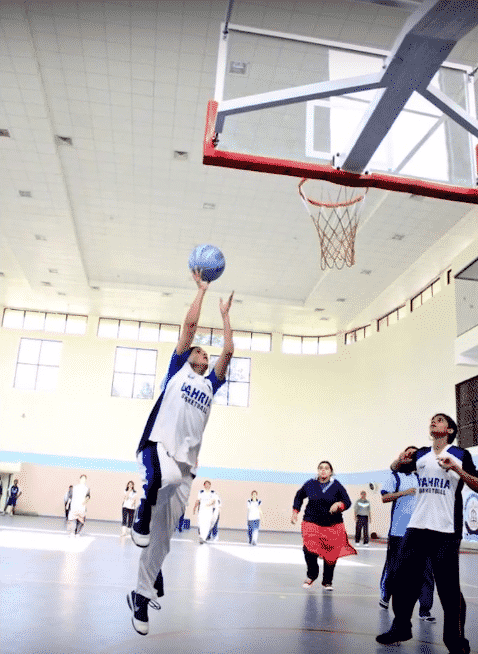 Apart from being an exceptional basketball player, Sana has also been a great football player. She was Captain of the Pakistan National Women’s Football team (2010 – 2012) before leaving to study abroad on the Fulbright Scholarship. Her first ever international football tour came at the 1st SAFF Women Football Championship in Bangladesh (2010), where her team history by making it to the Semi-Final in the team’s second ever international debut.

She has also invested a lot of time and effort for her club, Young Rising Stars Football Club (YRS FC). It was formed by Ghias Uddin Baloch, the current manager and one of the pioneers of women’s football in the country; and Shahid Ahmed Khan, the current coach. After facing a disappointing defeat in the Nationals in 2007, Sana went on to win the title in 2008, 2010, 2011, 2012, 2013 with YRS.

“It has been a crazy experience. I sacrificed so many aspects of my life because of training and constantly doing sport – but I don’t regret a moment of it,” she added.

Some sports player neglect their education if they get a chance at sports early on in their lives, but not Sana. A strong advocate for higher education, she got her undergraduate degree from Bahria University, Islamabad, and went on to receive the prestigious Fulbright Scholarship, a fully-funded scholarship program offered by the United States Educational Foundation Pakistan, through which she got a Master’s in International Development from Ohio University.

She specialized in sports, gender, and development along with a certificate in Women’s Studies and also went on to implement her sports and development project for underprivileged children in Ecuador, South America, as a part of her program.

“If people think this is just two years of graduate school, they couldn’t be more wrong. The Fulbright is a complete experience… if you are smart enough to make the best of the opportunities given to you,” she said in a newsletter published by the USEFP.

What does Sana do now?

Currently, Sana Mahmud works for Right to Play, an international organization that wants to use the transformative power of sports to teach important life skills to children. Here, she is in charge of two major projects, 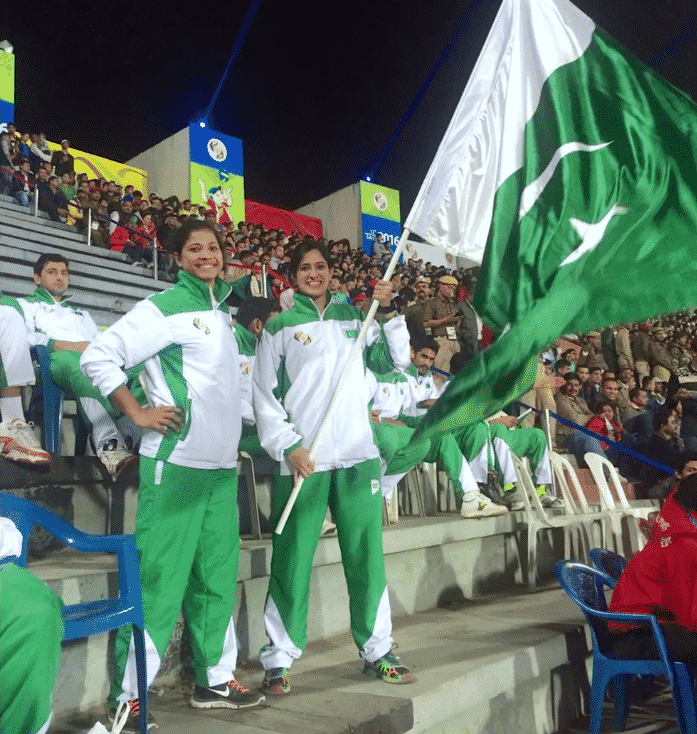 A sports activist of sorts, Sana has also worked for Total Football, a local private owner/operator of football facilities in the twin cities of Islamabad and Rawalpindi. She organized women’s tournaments and started and coached at their youth football academy for boys and girls. In her free time too, Sana tries to organize football and basketball for girls.

“I can’t provide them anything (transport, snacks etc.). Whoever can make it, I organize the time and space and coach them.”

I asked Sana about her opinion on what, she thinks, needs to change in order to improve the situation of sports for women in Pakistan, and here is what she said,

“The overall importance we give to physical education. We think it’s okay if girls sit and chat during lunch break. I get it – not everyone is athletic. But up till a certain age, just like you have to study Math or Islamiat out of compulsion even if you don’t enjoy it, you should be doing physical education. And that physical education time should not be spent sitting under a tree talking with friends- you should be out there running, skipping, playing hopscotch, tag, doing yoga, taekwondo, whatever the world your school can offer you.”

Lastly, I asked her for a piece of advice for newbies, looking to make a career in sports,

“Play everything and anything. Try everything! You’ll find one you love and then it’s up to you to stick to it. Make sure you try everything though, run, jump, fall, whatever sport or physical activity you can think of. Eventually, you’ll find one closer to your heart. Keep it there for the rest of your life. It will save you in your darkest hour.”