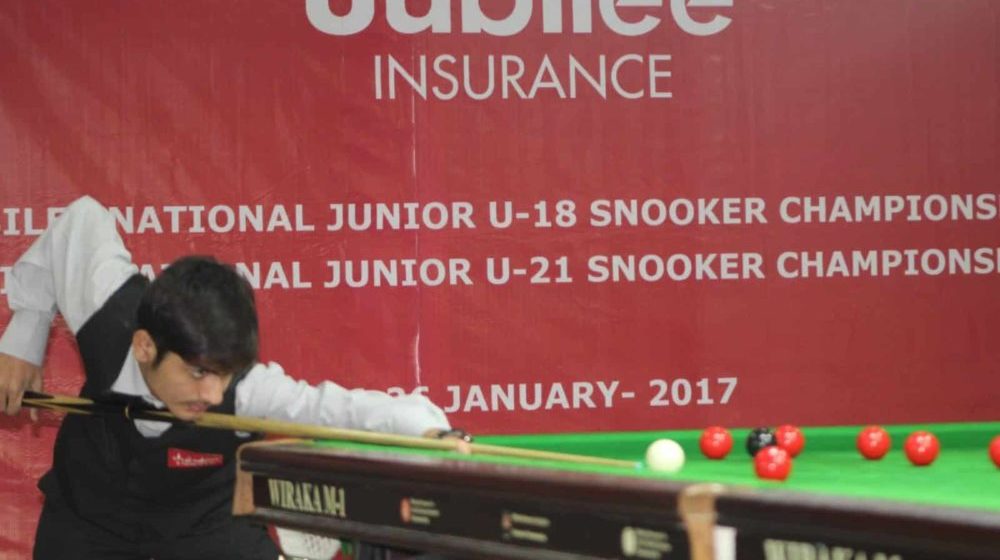 The world of under-18 snooker has a new champion. Naseem Akhtar from Pakistan has defeated China’s Peifan Lei 5-3 to take home the crown.

The event consisted of 48 cueists from 29 different countries around the world. There were two Pakistani players participating in the tournament, Naseem Akhtar and Haris Tahir.

The two players went undefeated in the preliminaries only to face each other in the pre-quarter finals. They won against Dylan Emery, Waowei Wang, Darragh Cusack, Jianbo Zaho, Mark Lloyd and Kirill Petrov.

According to Pakistan Billiards & Snooker Association (PBSA) the champion made it to the semi finals yesterday, after beating Florian Nuble from Austria in the quarter finals. Naseem defeated Florian 4-1, scoring 62-67, 74-7, 86-29, 74-8, 72-21.

In the semi finals he went head to head against Israel’s Amir Nardela. He won without losing a single frame against Amir, going 4-0 and heading into the finals.

There are but a few famous snooker players hailing from Pakistan. The younger players want to win laurels for Pakistan in snooker championships around the world.

A famous cueist, Muhammad Asif, won the IBSF World Snooker Championship back in 2012.

Another famous player, Muhammad Yousaf, moved to Pakistan from India. He has won several titles including: