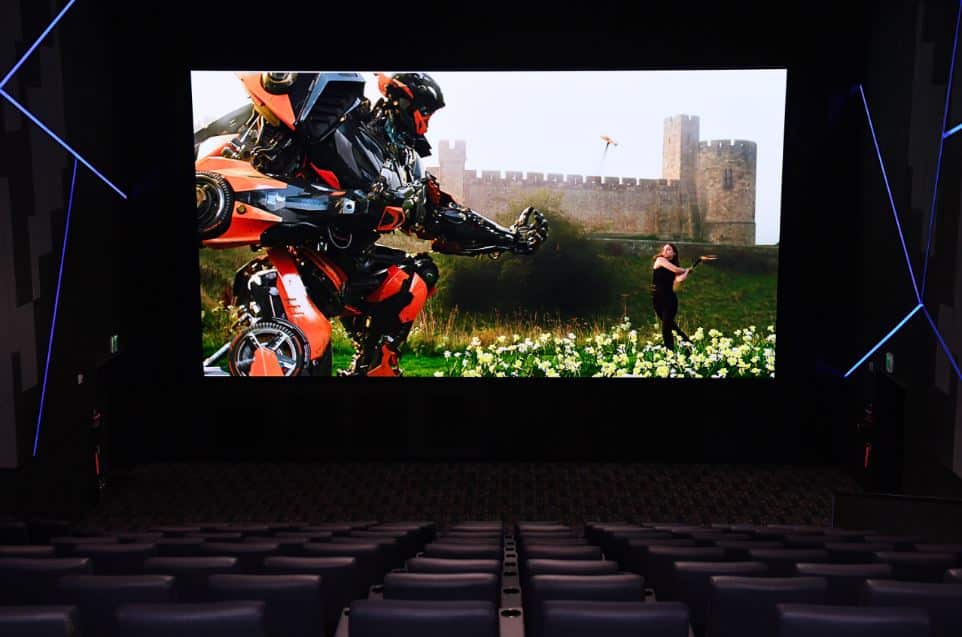 Samsung, the major driving force behind the leading display technology of the modern age has announced the installation of the world’s maiden high dynamic range (HDR) cinema LED display.

This latest innovation has been installed in the Lotte Cinema, World Tower, South Korea.

The 33.8 foot wide mammoth screen is the first of its kind. Touting a 4K Ultra HD resolution of 4096×2160, the display has the ability to output the latest HDR content with great clarity and with mesmerizing colors.

Partner that with its industry leading 146 footlambert (fL) brightness, it is sure to catch your eye and then some. The level of brightness the LED backlight provides is close to 10 times of that provided by your standard projectors.

Samsung claims the distortion free display offers close to infinite contrast ratio (which can only be achieved by OLED) and low gray scale settings which provides a vibrant result with deep inky blacks and neutral whites. 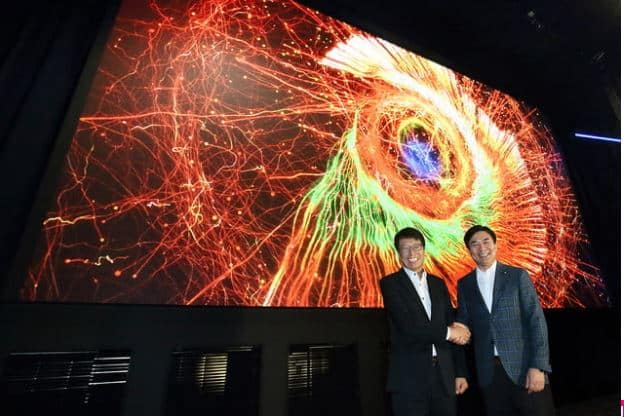 The display tech is not all this cinema screen has to offer. It also includes an array of speakers along its border which are powered by JBL from HARMAN. These speakers are finetuned to produce sounds the way they were meant to be produced by the developers.

The final accomplishment would be the display’s compliance with the Digital Cinema Initiatives (DCI). It is a certification which acknowledges the display’s ability to represent the complete color spectrum with unaltered accuracy.

What does the future hold?

The president of the visual display business at Samsung, HS Kim, said the display would be sharper and have much more realistic colors than anything on the market. It would be akin to the user actually experiencing the virtual world in front of them.

We’ve heard these words countless times in various marketing adverts from Samsung and LG alike. Only a hands on experience tells the true story.

At the moment the Cinema LED screen is only available in Korea’s Lotte cinema. Samsung hasn’t given any information about its expansion plans as of yet.

Nonetheless, the future looks ‘vibrant’ or so to say when it comes to innovative, upcoming display technologies.