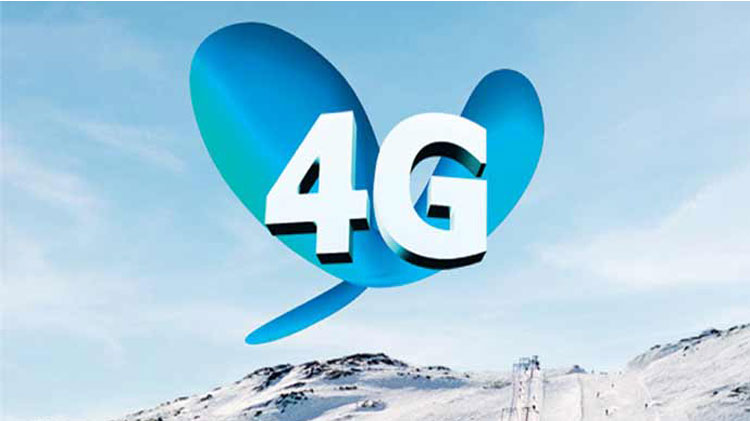 Telenor Pakistan today reported its second quarter 2017 results where it demonstrated 11 percent growth in total revenues at Rs. 26.11 billion, up from Rs. 23.49 billion during the same period last year.

Company said that positive revenues during the reported duration were mainly due to growth in subscription, traffic and higher incoming international traffic.

It maybe recalled that Easypaisa has been moved under Tameer Bank and its revenues were not shown in Telenor Pakistan’s results. Similar revisions were made to reflect changes in last year’s results as well.

Telenor said that its major capital expenditures during the quarter were focused towards expanding the 4G network.

The number of subscriptions grew by 0.7 million during the quarter, resulting in a 8% larger subscription base compared to second quarter last year.

Telenor’s total subscription base stood at 40.80 million out of which some 454,000 subscribers were postpaid while remaining were prepaid.

Below are the financial highlights for Telenor Pakistan for Q2 2017: 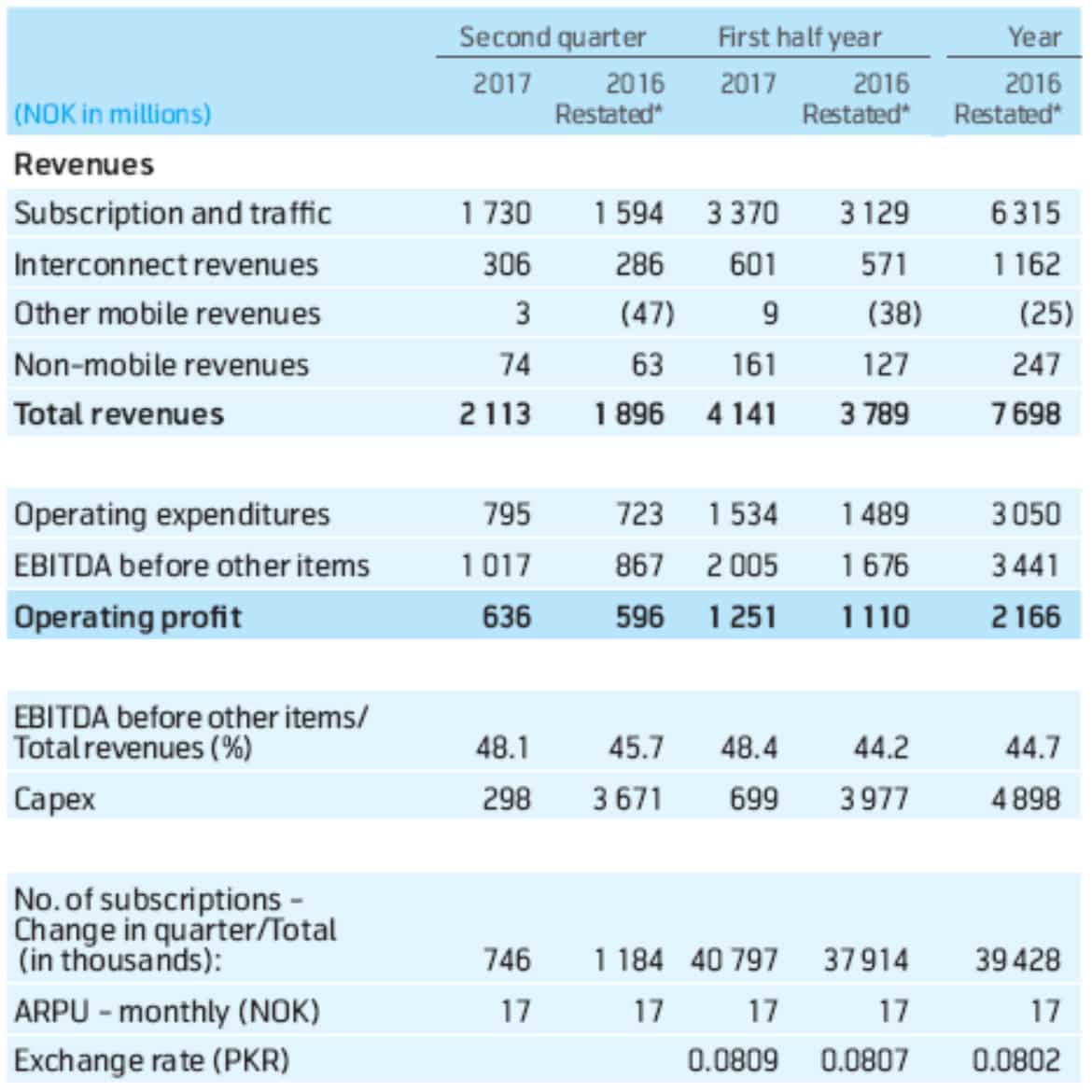