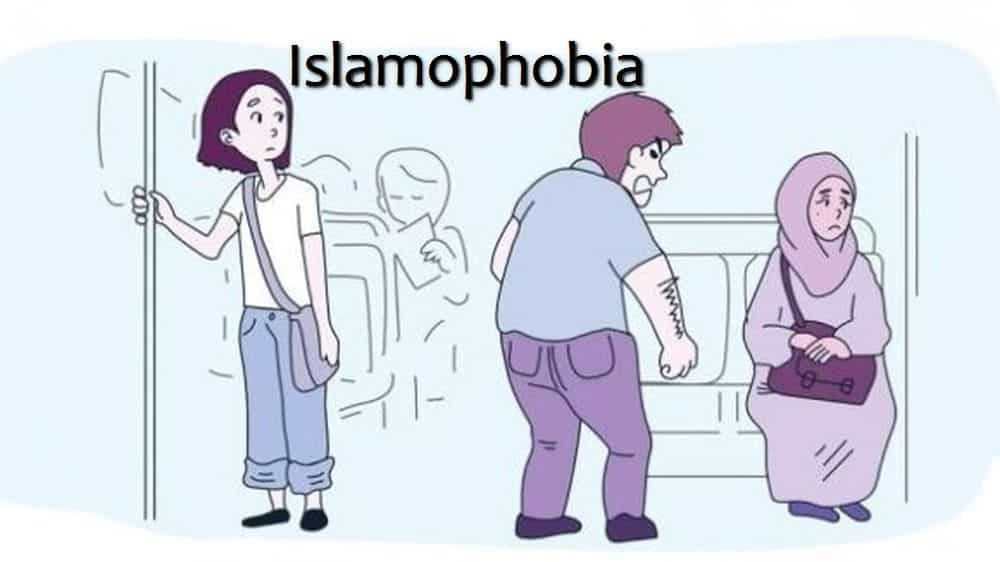 During the last few years, there has been a rise in Islamophobia in Europe and other Western countries, particularly in the USA. Hate crimes against Muslims are increasing and the election of Donald Trump as the President of USA has further aggravated the issue.

Amidst such a bleak state of affairs, there are some who want to combat hate in all its forms. Many people believe that if only there was more communication between different communities, things could be so much better.

This seems to be the aim behind a poster campaign that launched in Boston on Monday. The campaign encourages the bystanders to talk to Muslims who’re being harassed, thereby dis-empowering the harasser.

Following a racist incident in Boston where a man hurled anti-Muslim slurs at an old woman wearing a headscarf while travelling in a train, the community and the authorities alike decided that it was high time to safeguard the rights and values of its Muslim inhabitants, especially in a politically and racially charged atmosphere.

The theme of the campaign is to encourage people from all walks of life to converse with Muslim citizens and immigrants in America, especially when they are being targeted for their faith.

The posters are a ‘How-to’ guide for the bystanders to intervene when they see anyone harassing fellow Muslims. The posters go a step above, opting for a more peaceful approach to defuse explosive situations that target Muslims, all this without confronting the harassers directly.

Boston has already installed 50 posters all around the city in a bid to educate people, bring them closer, and most importantly, to combat the rising cases of Islamophobia.

Here is one such poster:

The posters were designed by Maeril, a Paris-based artist. The original version of these posters was designed for a Feminist Group based in the Middle East.

Marty Walsh, the Mayor of Boston, is backing this campaign as well. He stated:

“These posters are one tool. We have to send the message that all are welcome in Boston. Education is key to fighting intolerance, and these posters share a simple strategy for engaging with those around you.”

San Francisco has also initiated a similar campaign to promote harmony among the different communities.

The initiative has been welcomed by the representatives of different communities. Executive Director of the Islamic Society of Boston Cultural Centre, Yusufi Vali said, “The climate across the nation is certainly different under the current White House administration. The Boston-Muslim community is feeling what the rest of the nation is feeling: a lot of uncertainty and a sense of insecurity”.

The campaign will be active for six months and all the posters will stay there for the specified time. Everyone is hoping that this step will lead to a more congenial society.