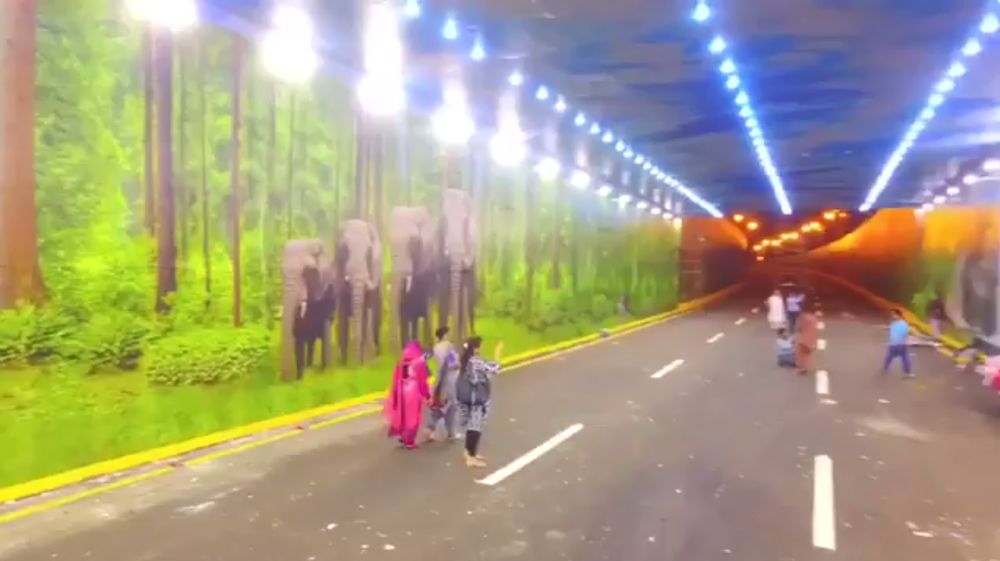 Infrastructure, especially roads, get little attention in Pakistan, especially when it comes to its aesthetics and decoration. Most routes are as dull as they come. However, the new underpass that has been inaugurated at Drigh Road, Sharah-e-Faisal, Karachi is a sight to behold.

The underground passageway has been named Shaheed Munawwar Suharwardi Underpass. Inaugurated on Saturday, this underpass is 250 metre long and was completed 15 days before its estimated deadline.

It cost the Sindh government Rs 660 million to complete the project in a little less than 4 months.

The “beautification” part of the project has also been completed prior to its public inauguration. Take a look at the video below to see what it looks like:

According to the public announcement, the eye-pleasing underpass has an efficient drainage system which should mean no rainwater swimming pools (something that most Karachites are a bit too familiar with when it comes to their daily commuting).

The underpass was inaugurated by Bilawal Bhutto and Chief Minister Sindh, Murad Ali Shah. The CM has now announced the reconstruction of the Dright Road flyover as well. He said that the flyover is misaligned and will be fixed to reduce problems for the locals. However, he pointed out that during the construction of the project, routine travelers will have to choose alternate routes.

CM Sindh has also informed the people of Karachi that the government is focused on improving the city by constructing roads, underpasses, flyovers and is also trying to resolve the cleanliness issue.

The Sindh government definitely has its hands full after ignoring the largest city of the country for most part of the past four years and needs such publicity projects to improve its image in front amongst the public.

What do you think, are such projects needed to improve a city’s looks or should it be considered just a publicity stunt? Let us know in the comments below.