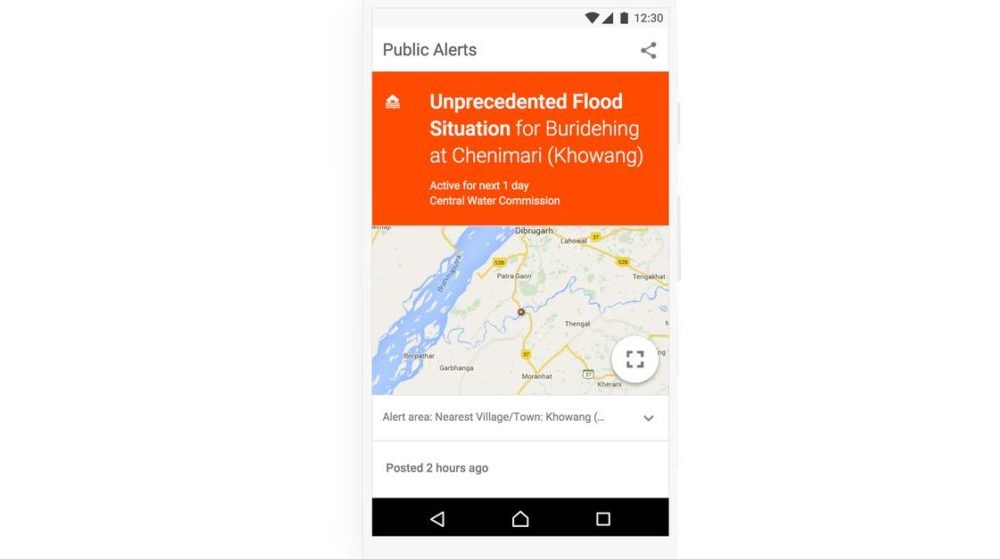 When disaster strikes in an area, it often takes a few hours for the news to spread and get attention.

Google will speed up the process by alerting you about floods, fires and other disasters in search results and Google Maps locations. The feature is called “SOS Alerts” and will show you relevant news articles, websites, emergency phone numbers and updates from local law enforcement/emergency teams.

The SOS Alerts will be handled by Google’s staff with the teams picking individual events to issue an alert for. Google does say that it won’t be able to cover everything:

While we can’t guarantee that you’ll see an SOS Alert for every major crisis, we aim to make them available more broadly over time.

According to the blog post by Google, the alerts will also be issued for “human-caused crisis”. This could mean terrorist attacks but it wasn’t clearly mentioned in the company’s post.

This is similar to Facebook’s Safety Check feature which does something similar. Facebook lets you check on your friends or family if they’re in or near a disaster affected area.

SOS Alerts, however, will help you find information about a disaster but in some cases Google will also issue push notifications to people in the disaster area sharing relevant info with them.

Facebook’s Safety Check has been the subject of controversy. At first the feature would activate automatically and ask if you are safe or not (if you’re within the disaster area). It would then tell your friends and family that you are safe. Sometimes it would activate on trivial events and would not activate for major crises.

This lead to Facebook handing over the feature to the users themselves, letting them activate it by choice. But that didn’t make it any less annoying.

An example would be an oil tanker running off the road – recently oil tanker accidents are getting more attention after the tragic Ahmedpur incident – your distant relatives or friends would issue a safety check even though the truck could be several kilometers away from where you live.

Google’s version is purely informative which would be less of an annoyance at least, despite being less useful for checking up on loved ones.