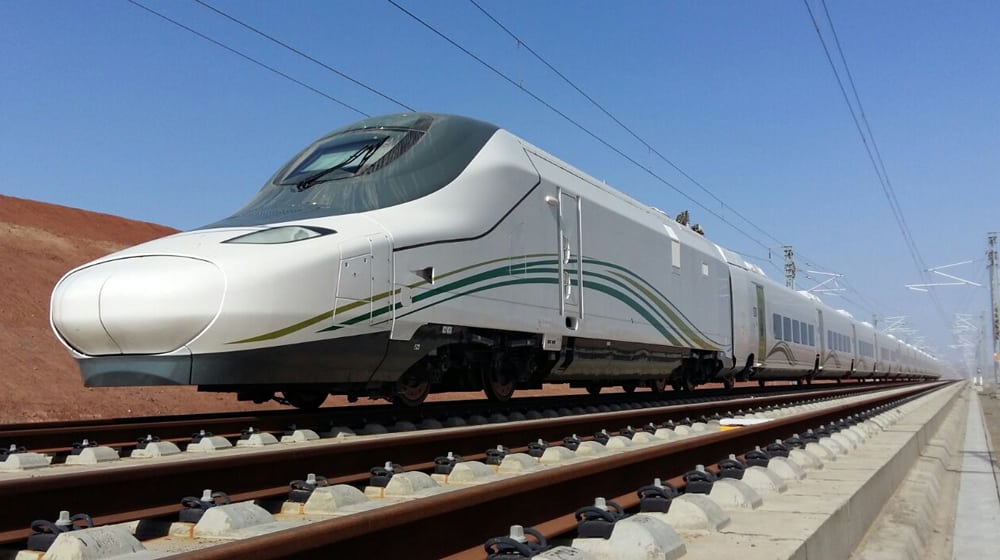 Planned in 2012 by the Saudi authorities in order to facilitate quick movement of Muslim pilgrims from Mecca to Madina, the Harmain high speed railway project has been completed. It started its operations today.

About the Harmain High Speed Railway

The high speed railway project links the holy cities of Medina and Mecca. It is spread over a distance of 449.2 kilometres (279.1 mi) for the main line and 3.75-kilometre (2.33 mi) for the branch connection to the King Abdulaziz International Airport (KAIA).

Reaching a speed of 330 kph, the new train could cut travel time between the two cities down to as little as 90 minutes. The new 12,000 horsepower electric locomotive would save as much as 120 minutes of the current commute between Jeddah and Madina.

According to the details of the project, more than 1.9 million meters of telecommunication cables were laid down. About four million tonnes of gravel was in its construction, and more than 1,500 closed-circuit television (CCTV) cameras for control and command were installed.

The fares have not yet been revealed.

Expected to carry about three million people throughout the year, the train has five main stops: