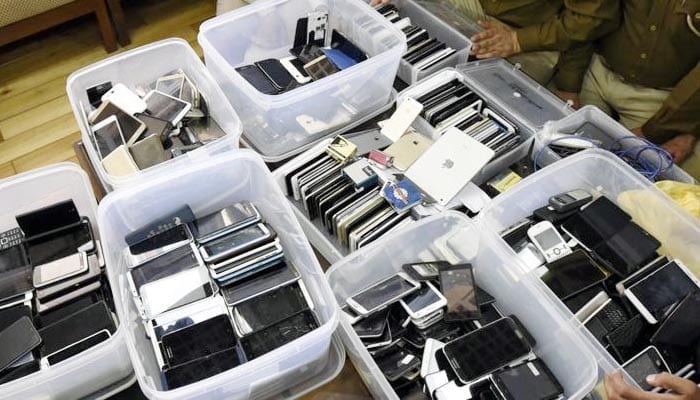 Custom officials, during a raid at the Benazir Bhutto Airport, recovered up to 700 cellular phones from cartons. They took the phones as well as the culprits into custody. An investigation was also started for the same to ascertain the facts behind the case.

According to available details, these up to date phones (numbering 700 units) were recovered from from 19 cartons which were marked as vaccines from the World Health Organization (WHO). The cartons in question were destined for Quetta before they were seized by customs officials. Upon further inquiry, it was found that the cartons were being sent to Quetta by workers of a company named EPI.

A company representative from EPI soon after established contact with the customs officials, urging them to release the seized consignment. According to the EPI representative, he  told customs officials that these Mobile Phones have been gifted by the international organization for use. However, the customs authorities have demanded their record from the company. They are, for the time being, treating it as a case of smuggling until investigations conclude and the matter is cleared up between all parties.