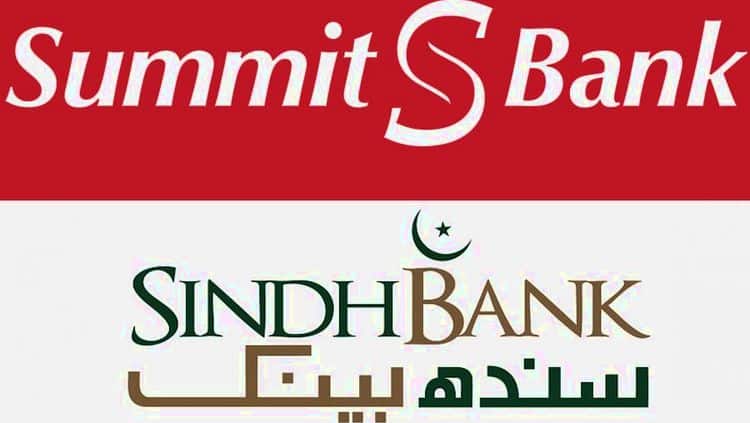 Summit Bank’s board of directors has set a share value of bank at par with 3.85 shares of the Sindh Bank as part of the merger and amalgamation scheme of the two banks.

The board, in the meeting, finally approved the scheme of amalgamation of Summit Bank with/ into Sindh Bank Limited subject to the approval of the banking and its shareholders.

Setting up share price of the bank is likely to be dependent on the merger of the two banks with a share swap as was the case with MCB Bank and NIB Bank. However,  sponsors and shareholders will  have their stakes in the combined or merged bank.

In the next step, the management of the bank will obtain approval from the banking regulator along with general shareholders in the upcoming proceedings and meetings.

Summit Bank, a struggling and loss-making bank, surprised the banking industry with the profit of Rs 106 million it posted in the first quarter of 2017.

The bank closed the calendar year of 2016 with a whopping loss of Rs 2.17 billion. This showed that the highly outstanding performance of the bank which is going to merge into another profitable bank, Sindh Bank in the next couple of months.

Summit Bank and Sindh Bank will likely get merged in the second half of 2017 with the official approval of the banking regulator. The amalgamation deal of these two banks is in the formal stages presently. The newly merged bank could be named as Sindh Summit Bank.

Due to the merger process, Summit Bank has revoked its ambitious plan to convert its 100 percent operations into Sharia-based Islamic banking. On the other hand, Sindh Bank withdrew its application seeking listing with Pakistan Stock Exchange.

Summit and Sindh Bank are also mulling to separately set up their Islamic Banking Division as a subsidiary (as seen in the case of MCB Islamic Bank) as part of their strategy to run the organization profitably and effectively.

Summit Bank is already a combination of three former banks – Arif Habib Bank, My Bank and Atlas Bank — which is all set to merge into Sindh Bank, which is 100 percent owned by the provincial government of Sindh.