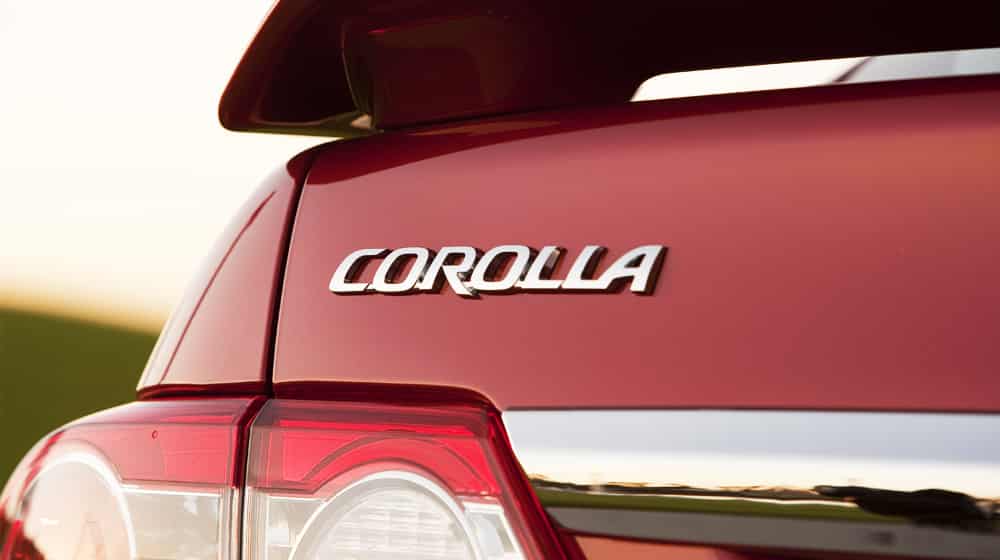 Indus Motor Company has increased the prices of different variants of Hilux and other Toyota models by up to Rs 160,000. The new prices will be effective starting this month, automobile dealers told ProPakistani.

The sudden surge in prices of different variants is actually a routine exercise for the automobile company.

The unusual rise in car production costs was cited as the reason behind the increase. Cost of production is also said to have increased on the back of depreciation of Rupee against Dollar and Yen and duties or surge in CKDs.

According to the dealers, prices of different variants of Hilux went up by Rs 50,000 to 100,000. Pricing details of individual variants are given below: 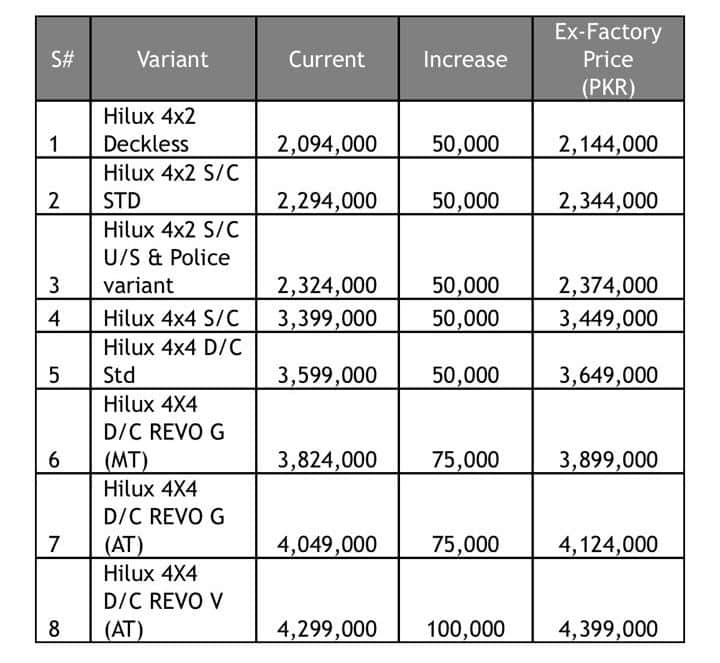 In the outdoing financial year 2016-17, the sales of Toyota Hilux stand at 5,860 as per data from Pakistan Automotive Manufacturers Association (PAMA).

Recently, the company also increased the prices of Toyota Corolla and its different variants by Rs 100,000 to Rs 160,000. Details of pricing revision are given below:

The demand for the Corolla car is high in the local market as always, however, customers are reportedly are being delivered their booked cars after delays of 6 to 8 month.

Corolla is the highest selling car brand in Pakistan. In the closing financial year, the Indus Motor Company (Toyota Pakistan) sold 52,676 units of Corolla’s different variants, by far the highest in the country.