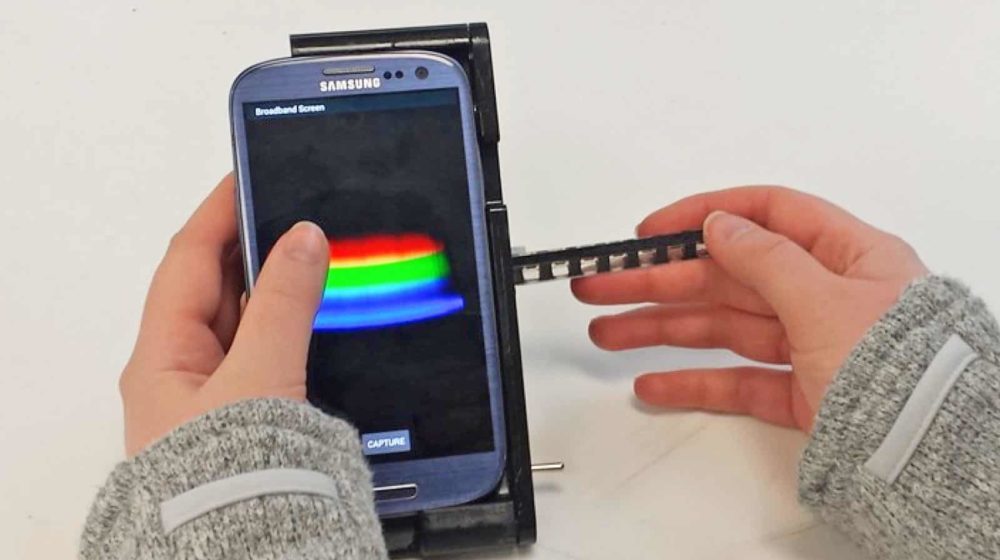 It’s not everyday you see a smartphone being used for a seemingly unconventional solution. A team of bio-engineers from the University of Illinois have mad a spectrometer using a smartphone.

Using a Samsung Galaxy S III smartphone, the researchers have managed to construct a transmission-reflectance-intensity (TRI)-Analyzer. The device is used to analyze samples of organic materials and biofluids using complex procedures.

It utilizes the smartphone’s camera, transforming it into a high-performance spectrometer. It is accompanied by a series of optical components which are stored in an external 3D printed plastic cradle. The phone’s LED flash throws the light on the object being tested, which gets passed through an optical fiber and a diffraction grating inside the case.

Cheaper Than Other Solutions

However, while usually the devices used for similar purposes can cost thousands of dollars, the current solution costs just $550, which could potentially disrupt the industry in the future.

The system is also fast, with the ability to carry out multiple tests using a system similar to “the way magnetic strip credit cards are swiped”, according to the lead author of the study. Any process where the sample liquid that changes color or emits a fluorescent substance can be tested accurately.

As always, the solution is most helpful for people living in areas with a lack of medical facilities. In such scenarios, it truly offers the best deal with a convenient, cheap and portable solution. The patented technology can be obtained by anyone via licensing.

It could further by used in “point-of use applications that include animal health, environmental monitoring, drug testing, manufacturing quality control, and food safety”, according to the researchers.

The study comes courtesy of Professor Brian Cunningham of the University of Illinois, as well as Kenny Long, a student and lead author on the case.

Via University of Illinois