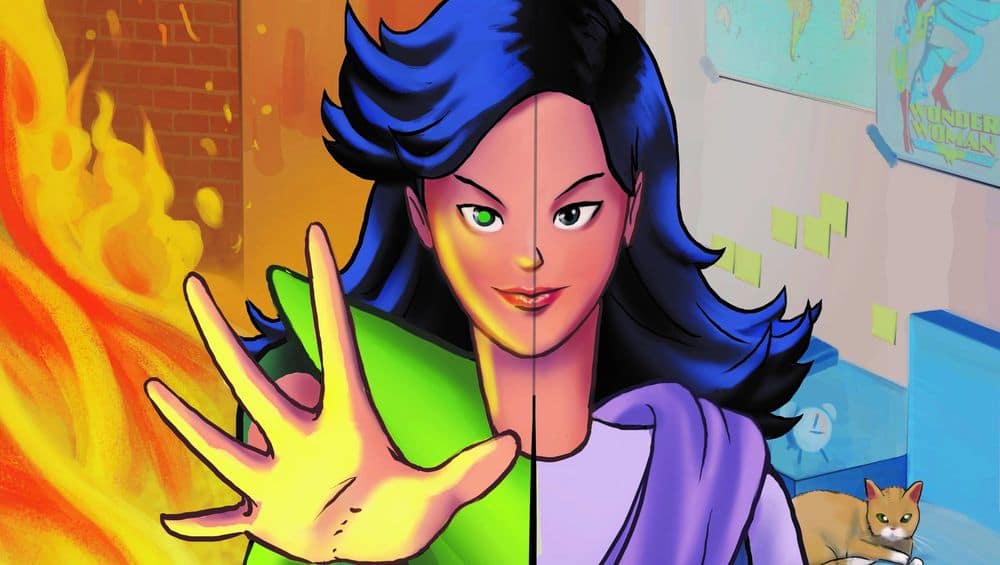 Pakistani youth has never really had an extraordinary fictional icon or a character to look up to, apart from a very few exceptions. The closest we have had to a superhero is Captain Safeguard, who was more of a flying advertisement than a proper superhero to revere or fuss over. Thus, it doesn’t really come as a surprise that heroes like Batman, Spiderman and Superman have become common household names.

In recent days, however, a number of creatively-adept individuals have taken it upon themselves to create some local heroes. One of these artists is Hassan Siddiqui, the creator of PakistanMan (a Pakistani superhero), who is now ready to launch a female superhero comic book for the Pakistani audience.

PakistanGirl is the superhero name of a Pakistani girl (if it wasn’t apparent already) named “Sarah”. A university-going, animal-loving, book-reading, young girl.

Sarah’s story seems completely ordinary at first. Her real story starts after a freak accident kicks of a chain of events, forcing her to embrace her superhero identity and hidden powers.

The character is the brainchild of Hassan Siddiqui. His first creation, PakistanMan, was a success, prompting orders from Harvard university, the library of Congress, and more.

Impressed by the response to his first venture, Hassan now plans to launch a female hero in a country where there very few female action heroes and role models. There have been a couple of other female Pakistani characters with their own graphic novels, like Shahan Zaidi’s Bloody Nasreen but she was more of an anti-hero than a superhero.

“As the first Female superhero Comic book to be launched in Pakistan, I hope PakistanGirl will open even more opportunities for women heroes to be appreciated as a good role model for the society.” said Hassan. “It will also show young girls that they have just as strong woman superheroes they can look up to.”

“The amazing artwork of PakistanGirl makes it one of the most visually appealing Superhero Comic book in the country,” exclaimed Hassan. “The costume for PakistanGirl is also designed by taking inspiration from the traditional Shalwar kameez dress that women wear in Pakistan.”

The PakistanGirl comic book is due to be launched on 20th August, 2017. According to Hassan, It will be available in all the local book stores and cafes in Islamabad and Karachi including Liberty books, Saeed Book Bank, Mr.Books as well as Chaaye Khana.