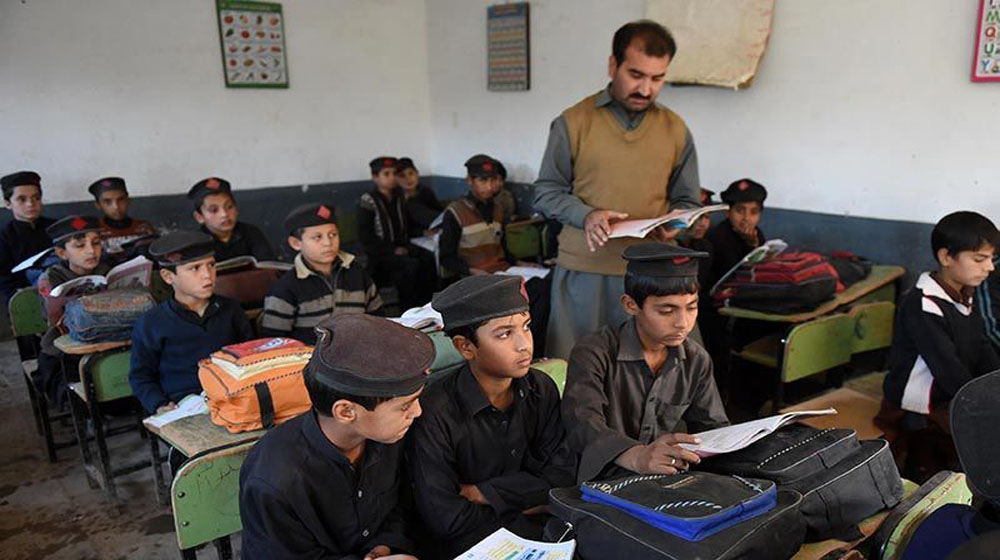 It has been reported that the K-P government is planning to regularize over 40,000 school teachers. These teachers had been appointed after passing tests conducted across the province by the National Testing System (NTS).

Teachers’ Association body had asked that these teachers be moved off contracts and regularized.

On August 11, the K-P chief Minister, Pervaiz Khattak, issued a letter which included instructions for upgrading and regularizing  the contract of employees working in all provincial departments.

The letter contained instructions to maintain a list of designations of the teachers after clearance of NTS and ETEA tests in all provincial government departments.

The list is required to be submitted to the secretariat through a summary along with its financial implications. The letter also included that a separate list, containing all the departments which are pending upgradation, should also be sent through a summary to finance and establishment departments for consideration.

The K-P Elementary and Secondary Education Advisor, Najiullah Khattak, stated that about 40,000 male and female teachers have been hired in the past four years and government is planning to appoint 15,000 more this year. He informed the media that the services of all the teachers, who had passed NTS tests, will be regularized soon.

All Primary Teachers Association Peshawar District President, Azizullah Khan, appreciated the decision and effort made by the government. He added that the hired staff was looking forward to such an initiative as they were discontent and uncertain about the surety of their jobs.

He said that this decision will satisfy them and enable them work harder with full dedication which will contribute in enhancing and improving the performance of students.