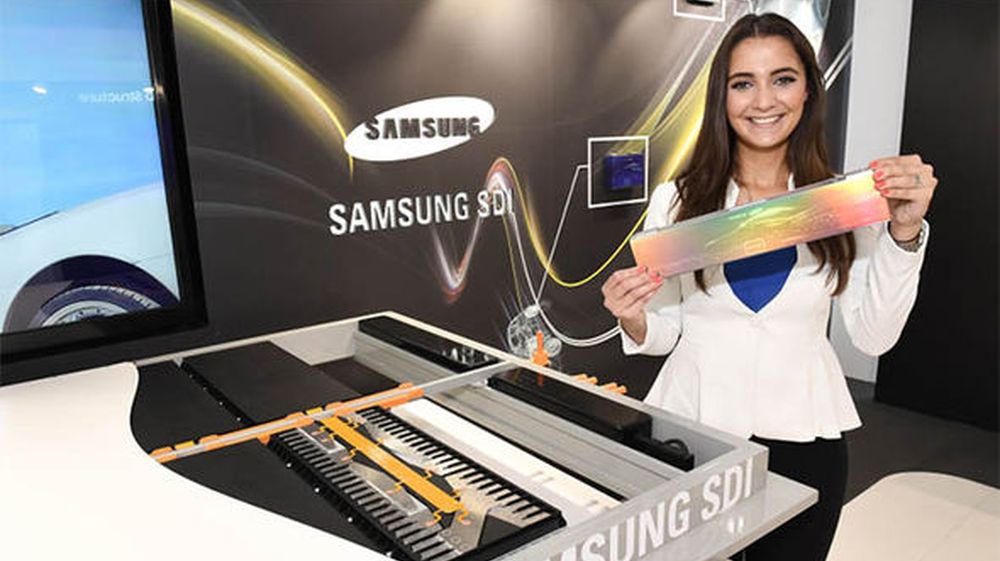 Samsung’s battery division, called Samsung SDI, has stepped up their game and developed a “Multifunctional battery pack” which they showcased at the Frankfurt Motor Show (IAA Cars 2017) this week.

The battery is a solution to broaden the range of electric vehicles. This is Samsung’s attempt to score a larger share of the growing automative market.

Tesla has been using a completely different approach. They are using thousands of individual small cylindrical li-ion battery cells in each pack. This strategy of Tesla has failed to inspire big automakers but other small electric vehicle startups are adapting this battery design. 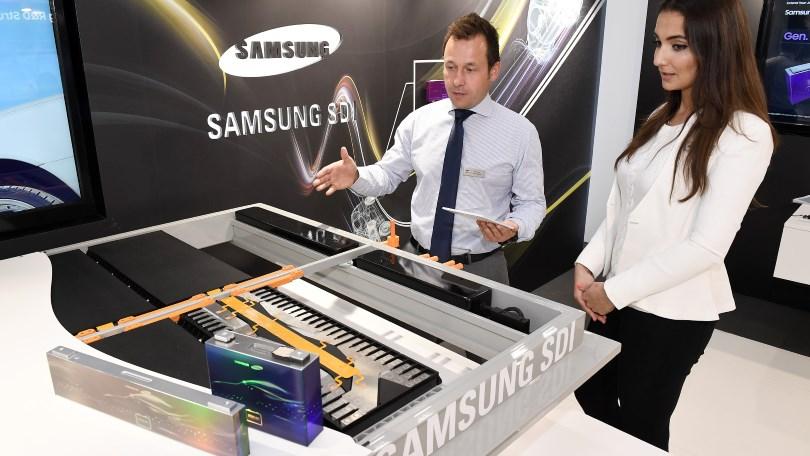 The well-established automakers of old have not changed their design yet but the newer startups are more into innovation and have worked with some battery manufacturers like LG chem and Samsung SDI.

They have built new cylindrical cells for automotive solutions. Tesla’s latest battery cell in the Model 3 is a new ‘2170’ format – manufactured at Tesla’s Gigafactory.

On the other hand, companies like Nissan with the LEAF and GM with their very recent Chevy Bolt EV are using large prismatic cells in the electric vehicle battery packs.

Samsung also made its own ‘2170’ battery cell so it could be back in competition with Tesla. They have further developed the technology and now claim that it can reach very high energy density by using those cells in their upcoming modules.

Variable Batteries For Everyone

The “Multifunctional battery pack” of Samsung SDI attracted the most attention. Its users can change the number of modules as they want as if they place books on a shelf. For example, if 20 modules are installed in a premium car, it can go up to 600 to 700 kilometers. Even the best EV – Tesla Model S – can only manage 419 kilometers.

If 10 to 12 modules are mounted on a regular sedan, it’s range becomes as high as 300 kilometers. This pack is expected to gain attention from automakers. This is because they can design a car with variable mileage depending on how many modules of a single pack are installed.

They did not share any further information related to the new technology.