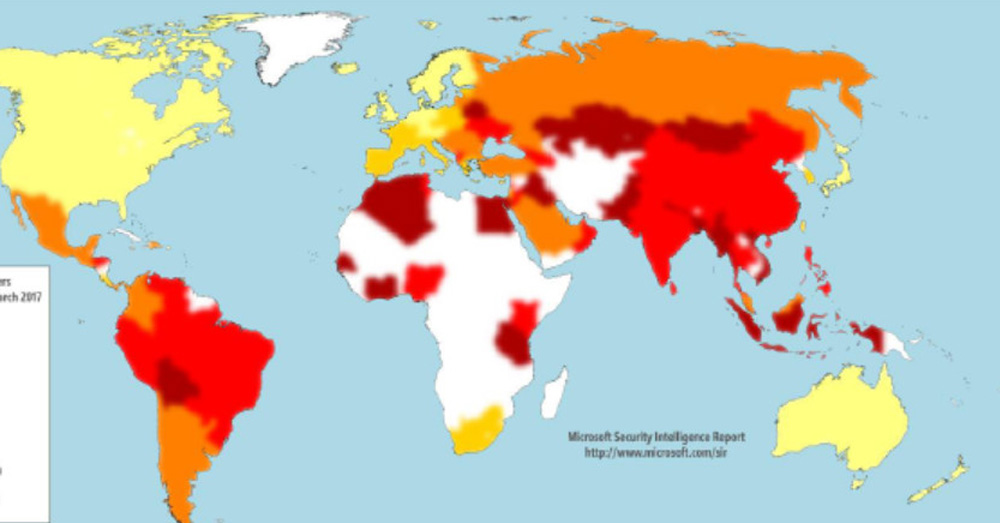 Pakistan has been ranked as top country — after Bangladesh — where personal computers are attacked the most by malware and other cyber threats, said a report published by Microsoft.

According to Microsoft’s latest Global Security Intelligence Report, one in four computers in Pakistan were attacked by malware during Q1 of 2017.

This is most highest average in the world, except Bangladesh.

According to report, threats that were unusually common in Pakistan included Win32/Nuqel, Ippedo and Win32/Tupym, all of which are worms.

Microsoft said that it calculated number of malware attacks by fetching data from Microsoft real-time security products that report a malware encounter.

Report said that encountering a malware or otherwise a cyber threat does not mean the computer has been infected, as Microsoft’s real-time security products mitigate majority of such threats.

However, it is alarming that more than 25% of  all computers in the country are attacked by malware, indicating that their internet usage involves websites that contain malware, worms or other kinds of cyber threats.

Report said that 0.8% to 0.12 percent of Pakistani computers were also encountered by ransomware. However, this number is lower than a lot of other (mainly mature) markets, indicating that Pakistani consumers are not attacked by ransomware by large.

Report said that more than 84% of computers in Pakistan were not enabled with any security software.

How to Keep Your PC Free from Malware

Microsoft has recommended following best practices to reduce the chances of encountering malware: