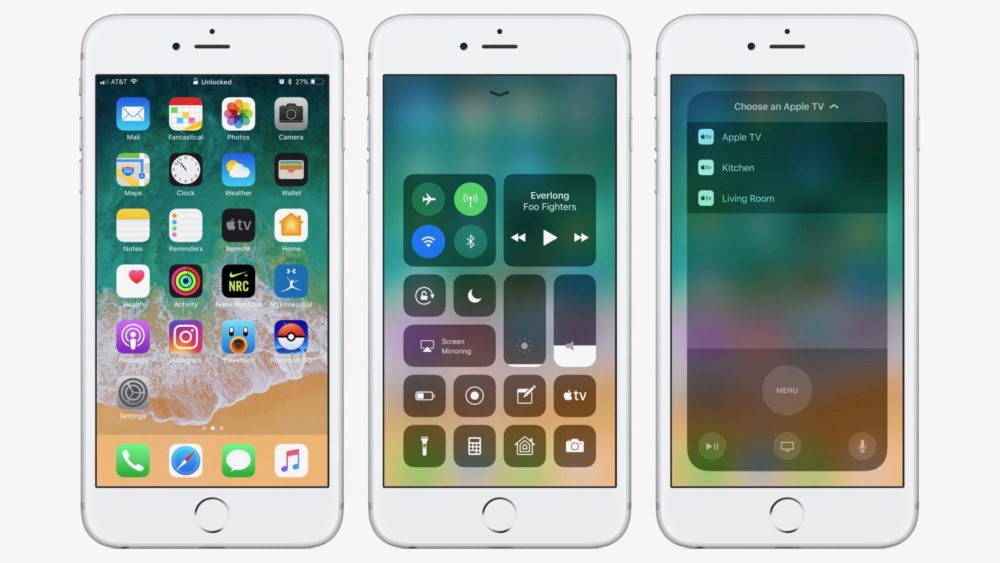 At Apple’s September event, the company revealed its latest and greatest in the form of iPhone X, 8 and 8 Plus. Among other things announced at the event, iOS 11, tvOS 11 and WatchOS 4 didn’t get much attention.

The software upgrades are now available for Apple devices across the world.

iOS 11 will be available pre-installed on the new iPhone X and iPhone 8/8 Plus models. Older devices which will be receiving the update include the iPhone 5S and later, iPad Air/Mini 2 and later, as well as the 6th-generation iPod Touch.

The new update brings with it a plethora of software improvements and features. App Store has been enhanced to give a better look at the content. The iPad gets multi-tasking through Slide Over.

Control Center has been updated and can be customized now. Do Not Disturb automatically gets triggered in your card, while the keyboard gets one-handed view at last.

Finally, the ARKit allows immersive augmented reality content to appear on your phone. Siri gets more natural with better response, while Apple Pay can be used to send money over the phone.

The update can be installed from your iPhone under Settings > General > Software Install. You’ll get the download option from there. It isn’t a bad idea to backup your device through your PC beforehand.

Apart from that, the new WatchOS 4 comes to all existing Apple Watches out there. The update is more fitness-focused than before with integration with gym machines, detailed heart-rate history and new workout types. Other than that, there are cosmetic changes and Watch faces, as always.

Lastly, the tvOS 11 update is being released. The headline here is, of course, the 4K HDR content. Compatible content has already been updated to 4K for free, which could help boost the adoption of 4K in the industry.