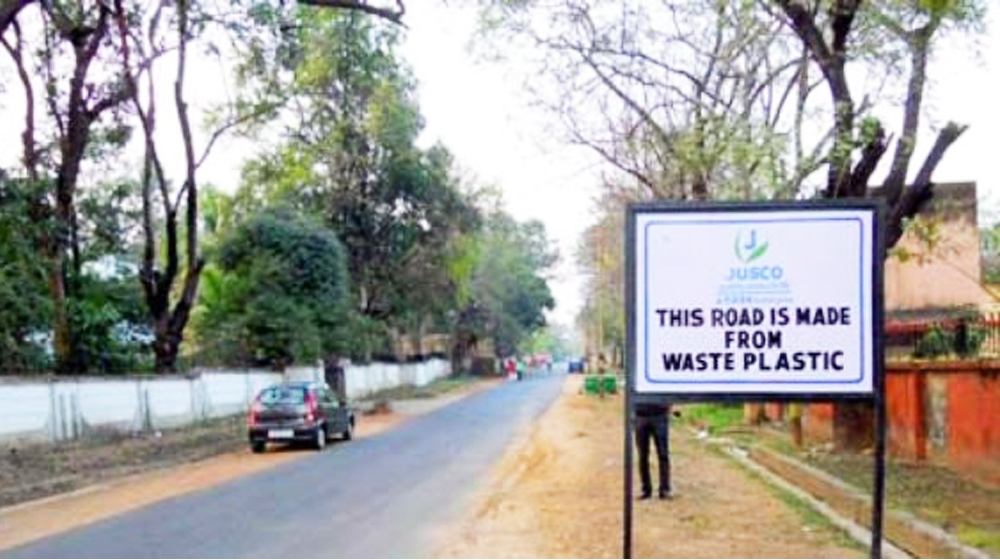 It takes only a few centimetres of rain in Karachi to show the abysmal state of roads. Pools of water gather up on the road, staying there for days at an end, leaving behind a broken, pothole-d mess of asphalt.

And that’s just the ones that are newly made; the old roads that are already riddled with potholes simply cease to exist, converting into muddy, stony patches of dirt.

There are two reasons why this occurs; the gutters are clogged up with waste, used shoppers, shopping bags, wrappers and what not; and the other, the poor states of roads (which the authorities take ages to repave). Karachi may be the most extreme example of this but the situation is the same all over Pakistan.

What if there was a way to kill two birds with one stone? Fix the roads as well as get rid of some of the waste? A way that has already been tried, by our neighboring country, to very promising results?

Dr. R. Vasudevan is a chemistry professor and the dean at the Thiagarajar College of Engineering in Madurai, a city in the South Indian state of Tamil Nadu. He is responsible for coming up with the idea of making Plastic Tar Roads, which not only result in better, cheaper roads but also provide a way to put waste to good use. 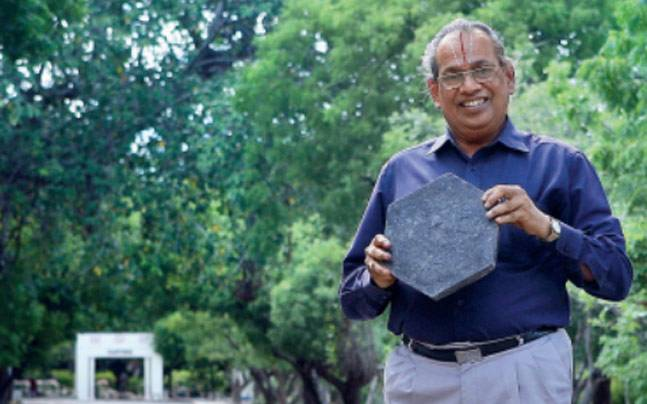 Although Dr. Vasudevan is not the first one to use flexible materials to strengthen tar roads, he is indeed the first person to come up with a technique to do it with a low-grade polymer.

Polymer-modified roads first became popular in Europe in the 1970s and have been used in a number of other countries to build high-traffic roads which don’t break up due to rains, heat or snow.

However, those techniques added 30-50% to the cost of building the road. Dr. Vasudevan’s method saves around one tonne of asphalt and costs 8% less than a conventional road.

Gravel is covered with a thin film of plastics by heating it and sprinkling shredded plastic over it. The plastic-coated stones are then mixed with molten tar or asphalt. Plastic and tar, being petroleum products, bond well together and prevent the formation of potholes. Dr Vasudevan’s research paper on the subject explains in detail how the process works.

All that is needed to accomplish this is a shredder for shredding plastic, a gas cylinder for heating the gravel, a wok for mixing it, and lots of plastic waste.

A road 1 kilometer in length and 3.75 meters in width (single lane), formed using this method, can consume one million shopping bags.

The road formed thus is 100% stronger and prevents pothole formation

Imagine trash-free Pakistan where all the trash ends up being used on making unbreakable roads.

India has already implemented the use of plastics in road-building. Jambulingam Street, a street in the city of Chennai, was built 15-years ago and still doesn’t show any of the usual potholes or cracks that appear after time and rains. Now, there are numerous projects across India that are employing this method as a part of the country’s multi-billion dollar overhaul of roads and highways.