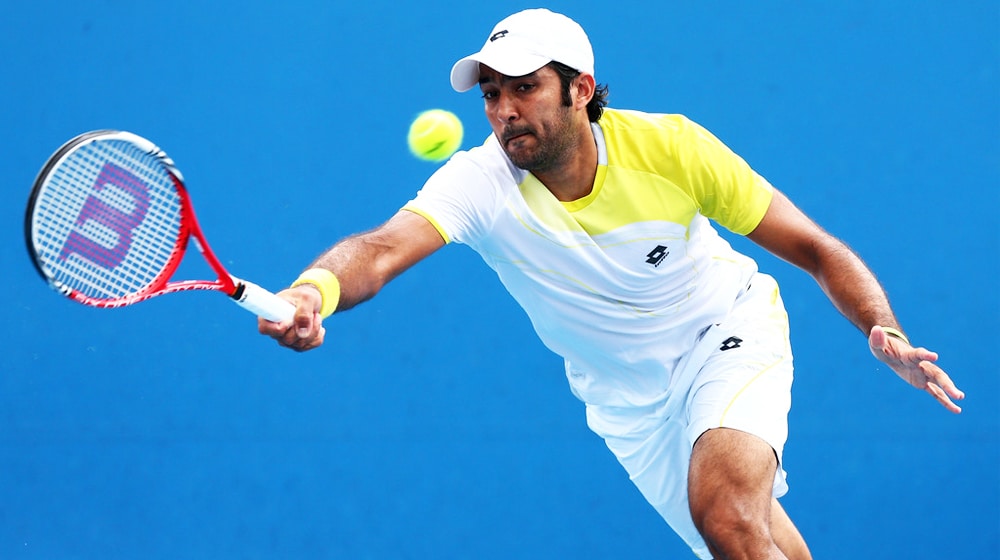 Starting the season as 40th seeded player in Emirates ATP rankings, it was near impossible for Aisam-ul-Haq to achieve what he has achieved. Aisam has added one more title to his tally by winning the ATP World Championship in Chengdu.

Pakistan tennis star ,Aisam-ul-Haq, along with his partner from Israel, Jonathan Erlich, defeated Marcelo Demoliner and Marcus Daniell. The duo from Brazil-New Zealand was defeated in straight sets , 6-3 and 7-6. Aisam was absolutely delighted with his performance and thanked his partner for trusting him despite having fitness issues.

Talking about his win, Aisam said:

When I came here, I was on one leg and I had an MRI and wasn’t sure if I would even play. I signed up with Jon five minutes before the deadline. He was still in Israel.

He took the risk and flew all the way here on Sunday. Thanks to him for trusting in me. I just focused on being the best partner I can be.

He showed why he’s won Wimbledon before and been Top 5 and won 19 titles. Everything he touched was a winner. He took over.

This victory has added 250 Emirates ATP Doubles Rankings points to the duo’s ranking. Both the stars also clinched a prize money of $96,610.

Both these stars have played extremely well throughout the tournament, they thrashed top seeds, Oliver Marach and Mate Pavic, in the first round and third seeds, Santiago Gonzalez and Nenad Zimonjic, in Saturday’s semi-finals.

This is Aisam’s fifth title of the season with five different partners. He has partnered with 14 different players this year so far. Pakistan’s tennis ace broke his own personal record of four titles in a season.

Aisam won his first title of the season in Auckland, New Zealand. His other titles of the season include Barcelona Open, Antalya Title , Newport Tennis title and now the Chengdu Open Title.