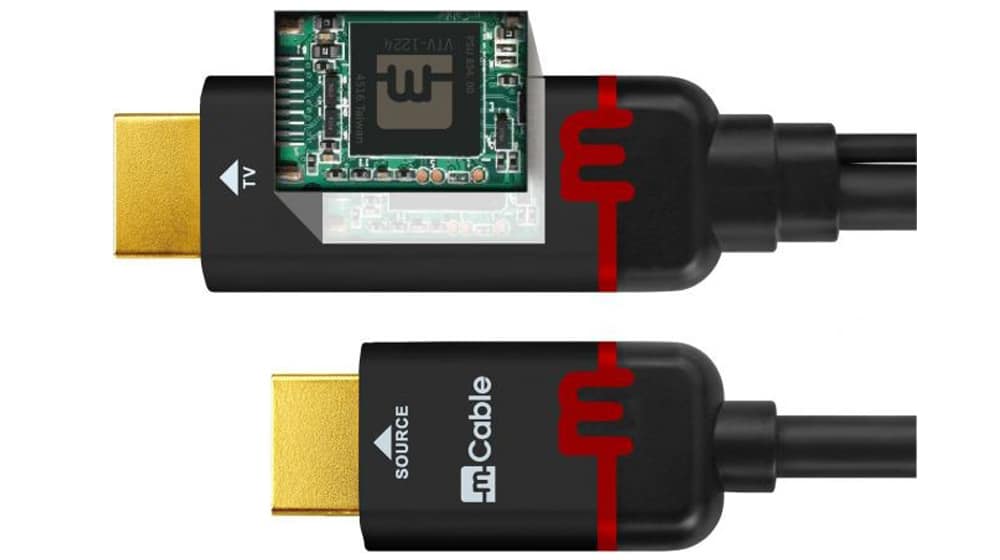 There are many HDMI cables out there in the market but Marseille’s mCable Gaming Edition, is one to look out for.

A distinguishing feature of the mCable gaming edition is that it comes integrated with a chip that removes jaggies from games and other media. Jaggies are small edges that appear on objects in a video game if anti-aliasing is turned off.

What the chip does is that it processes the displayed image on the screen to appear sharper and more visually pleasing by removing jagged edges. This leads to the formation of a clearer image and enhances the user experience be it while gaming or watching TV.

The said cable applies a post-process AA algorithm onto the images before splitting them out on a monitor. Along with that, it is also capable of working at frame rates as high as 120 fps at 1080p resolution.

People at PCPerspective tried out this new cable and were really impressed with the results. They confirmed the company’s (Marseille) claim saying that they didn’t get any noticeable difference in lag with the cable. In addition, they also experienced a “noticeable difference in image quality” when switching from a regular HDMI cable to the mCable.

Here is a comparison of an image using regular HDMI and the mCable on PS3. Notice how the car window has tiny jagged edges with the original cable and none with the mCable.

And another one, this time from Xbox 360:

According to Marseille, most gaming consoles (even high-powered ones) do not have enough power to decrease the effects of jagged edges and that was the reason behind this new external solution. They said,

Gaming consoles have a problem: they can’t draw very well. Even if they’re high powered, they still miss a lot of key details because all processors are physically limited, leading to insufficient sampling resolution and framerate, which leads to common ‘artifacts’ such as jagged edges and shimmering textures.

Currently, the mCable is priced at $119 for the 3-foot cable, the 6-foot one is for $129, while the longest, 9-foot version, costs $139. PC gamers will have to sit this one out, as most would agree that this money would be better spent on getting a new graphics card instead but those who already have high-end cards might consider this a good buy.