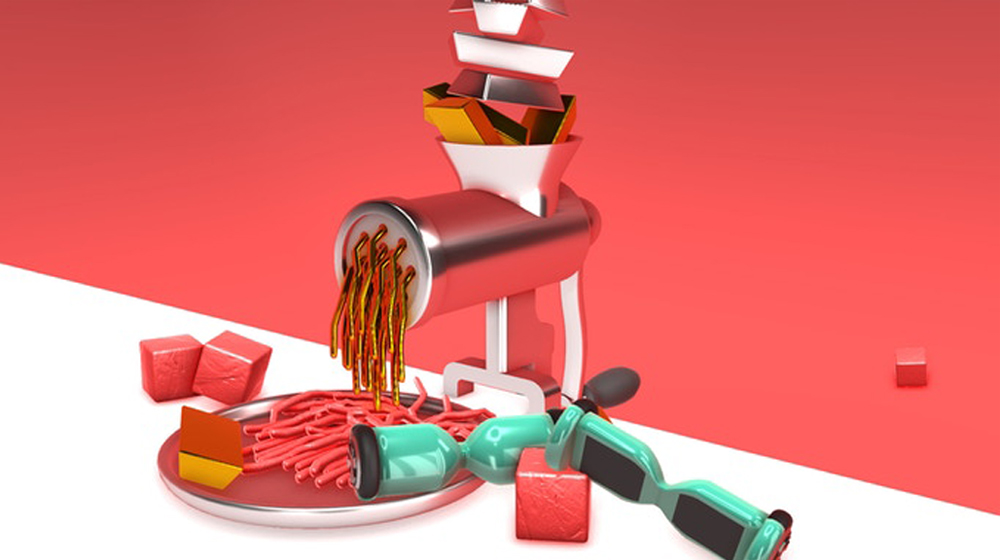 Just when you thought you couldn’t be any more hungry, there’s this new game that just might take your foodie mania to stratospheric heights!

Introducing ‘Nour’ (short for nourishment), its a crowd funded game that excels at one thing and one thing only – giving you a life-like simulation of your favorite foods. In short, it encourages players to enjoy playing with their food! Only this time, your parents won’t chide you for it.

The minimalist game distracts and engages with you with your senses and the aesthetics of your food, color as well as touch and sounds, this being based on a color theory and featuring a variety of pastels and rich deep format.

The game will feature famous foods like: ramen noodles, boba tea and pop corn, as well as kitchen gadgets like toasters and meat grinders. As you play the game, you’ll get to interact with your food up close, by all means.

This game interacts with your brain from scene to scene and stage to stage, and the controls will continue to change—a gentle prod to experiment with the world at your fingertips.

Press any key on your keyboard during the game and you’ll get immediate feedback from your doings over the keyboard, which you can use to discover combinations of interactions throughout each scene. Definitely an evolution in the basic gamer’s world.

How the Idea for Nour Came About

The idea for Nour came after developer and self-taught designer Tj Hughes visited a local boba shop. What then turned out to be a 3D art project for Tj featuring the Taiwanese tea-based drink (boba) initially, became a lot more than that.

Tj Hughes knew he could do better than this and so he went on to Kickstarter to fund his idea of a game.

“Every time I presented my bubble tea art to someone, they would remark about how it really made them crave bubble tea at the time, and I became fascinated with this idea. The idea that I could make someone crave a certain food simply by catching the visual aesthetics and colors and textures of a food.”

How to Play and Enjoy Nour

There’s no end goal to this game. You can play it as you like, so casual players are less likely to get irritated or quit, according to Hughes.

“The game is really inviting to any type of interaction you want to have with it,” Hughes said. “and I really see the effects of that when demoing the game live at events.”

The calming interface and repetitive nature of the game can also help people with certain disabilities, Hughes has discovered. “…Games like this can be used for ‘stimming,’ which is repetition of physical movements, sounds, or objects—like tapping your foot, playing with your pen, rocking your chair,” said Hughes. (Talk about pet peeves or aesthetics).

“The repetitive sensory stimulation can help calm one’s nerves, or satisfy the need for stimulation, which especially helps people on the autistic spectrum.”

Hmm, could this be the all new digital version of the fidget spinner?

Ultimately though, the game was designed around how colorful food can be. Hughes also wishes to highlight basic foods in a way for us to value the food we have been blessed with.

According to Hughes, he aims to answer the question: What are the exact colors that elicit hunger?

Help Fund This Game at Kickstarter!

Looks like we have a new addiction coming up, associated with our love for food, and I have to say that it sounds pretty exciting!

However we’re still not sure if it works or if it’s as good as it sounds. But we’ll make sure to give a final verdict when or if the final game product does come out.

You can watch NOUR in action here: