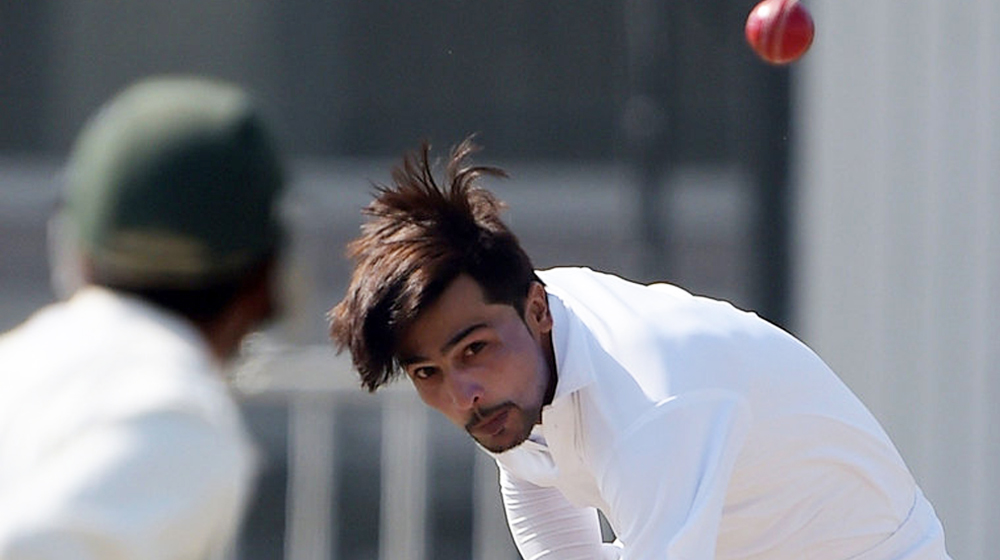 Pakistan’s series against Sri Lanka has just gone from bad to worse as Muhammad Amir has been ruled out with an injury from the ODI series. Usman Khan Shinwari has been named as the replacement by the PCB on Monday.

Amir, upon his return, has been an automatic selection for Pakistan in all three formats. His absence due to his stress-related injury on his right shin is already a huge setback in the ongoing Test match in Dubai.

Before 20 overs bowled in Sri Lanka’s first innings, Amir was cleared off the field due to discomfort. He struggled with the same issue on the first day of Test as well. The MRI scans revealed the extent of his injury and he was advised to rest for three weeks, which puts him out of the Test and the ODI series.

Usman Khan Shinwari, at present representing Habib Bank in Quaid-e-Azam Trophy, has been added to the Pakistan squad for the five-match ODI series against Sri Lanka. Recently, while playing against Rawalpindi, he picked up a five-wicket haul to bowl his side to an innings victory.

Usman has played for Pakistan in four T20Is, albeit he still needs to work on his game to impress in international colors.

After a match in UAE in December 2013, he wasn’t seen playing for the national team before featuring in two T20Is in the recently-concluded series against World XI in Lahore. He came into the limelight during the departmental T20 cup at Gaddafi Stadium, when he led SNGPL into the finals with his outstanding-spell against Misbah-ul-Haq, grasping 5 wickets for 9 runs in 3.1 overs.

He has also played for Karachi Kings in PSL 2017, taking six wickets at an average of 33 with an economy of 7.61. He made a great come back with a prominent name on the domestic circuit..

The ODI series will commence on October 13 in Dubai. The second and third ODI will be held in Abu Dhabi on October 16 and 18, while the last two will be played at Sharjah on October 20 and 23.