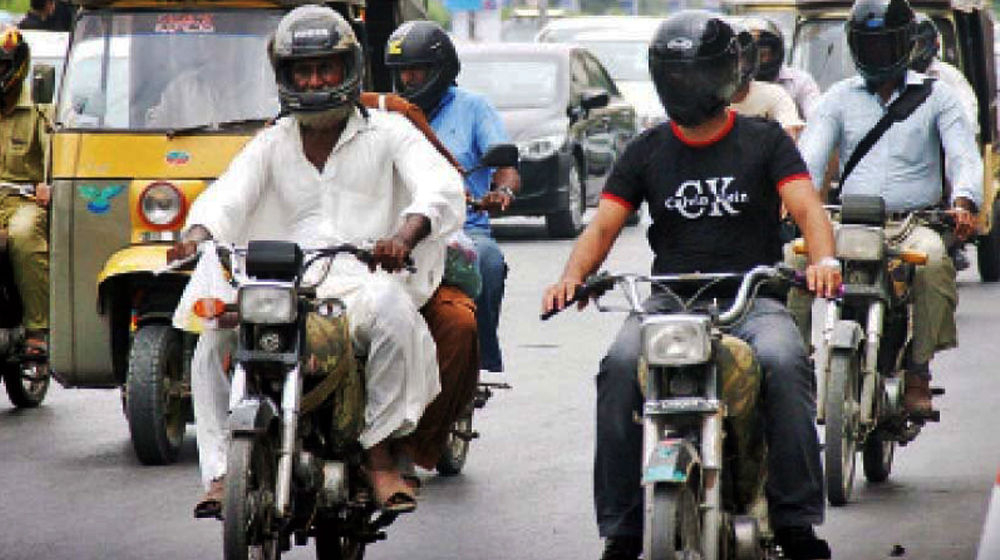 It has been reported that Islamabad traffic police intends to impose the use of helmets for all bike riders. Since the objective is very difficult to achieve, considerable efforts have been made in this regard.

A month-long campaign was launched to educate motorcyclists regarding the importance of using helmets. After the completion of the campaign, the authorities were ordered to implement the new rules from the next day (October 11).

In the campaign, a large number of road users were made aware of the consequences of not wearing helmets while riding and about 300 free sponsored helmets were distributed.

Islamabad Traffic Police (ITP) proclaimed that from October 11, motorcyclists themselves, as well as women and children riding pillions, must wear helmets while riding or else the riders and the passengers will be fined.

Traffic Police is likely to face difficulty in keeping a check on all the motorcyclists. It has also been observed that a few policeman themselves do not abide by the rules and ride without wearing helmets and sometimes even without license plates.

SSP-Traffic Malik Matloob avoided addressing a question regarding the implementation of the newly established rule. He was asked how will he be able to enforce the new laws when the officials themselves disobey openly. He guaranteed that it is his responsibility to ensure that the traffic police personnel wear helmets.

Furthermore, SP-Traffic, Khalid Rashid, declared that a fine of Rs. 100 will be imposed on both the rider and the pillion if anyone of them is not wearing helmets.

To facilitate the riders in this regard, the ITP has requested the district administration to order the motorbike showrooms to provide two helmets for every bike they sell.