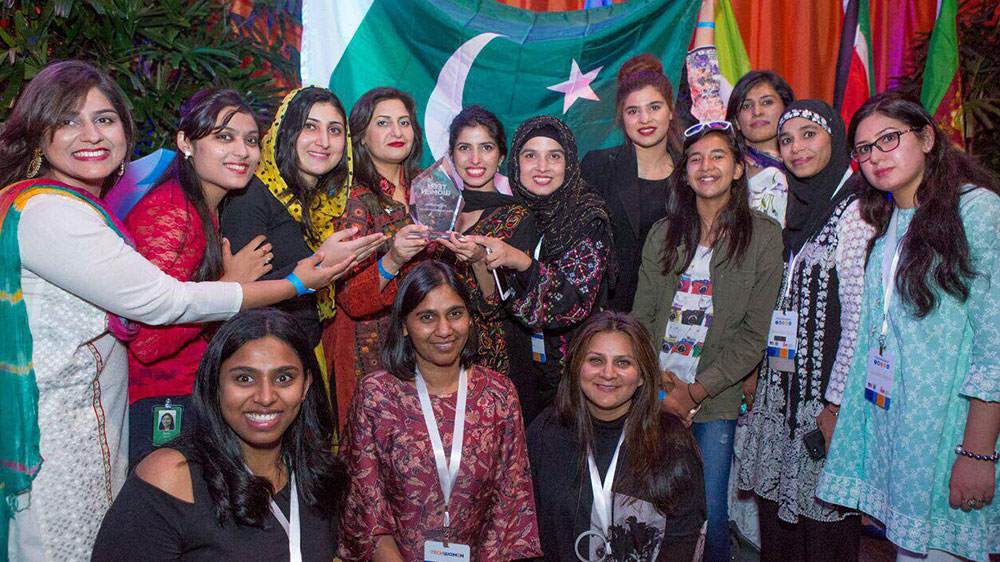 TechWomen is an initiative of the U.S. Department of State’s Bureau of Educational and Cultural Affairs (ECA).

TechWomen, launched in 2011, supports the United States’ global commitment toward advancing the rights and participation of women and girls around the world by enabling them to reach their full potential in the tech industry.​

TechWomen is managed by the Center for Women’s Leadership Initiatives (WLI) at the Institute of International Education ® (IIE).​

TechWomen brings emerging women leaders in science, technology, engineering and mathematics (STEM) from Africa, Central and South Asia, and the Middle East together with their professional counterparts in the United States for a mentorship and exchange program.

TechWomen provides participants access to networks, resources, and knowledge to empower them to reach their full potential.

During the five-week program, participants engage in project-based mentorships at leading companies in the San Francisco Bay Area and Silicon Valley, participate in professional development workshops and networking events, and travel to Washington, DC. for targeted meetings and special events to conclude the program.

This year, ten Emerging Leaders from Pakistan are part of this Programme. ​​As part of the Five Week Programme, women in Country Groups work on an idea that can make a sizable social impact back in their home country.

The teams presented their ideas to venture capitalists from Silicon Valley on 13th October at Microsoft.

The final results were announced on Community Celebration Day on 16th October at Twitter’s Headquarters in San Francisco.

Their idea involves Introducing Hands on STEM Camps for young girls in Pakistan. They want to bridge the gender gap in Pakistan by encouraging more women here to take up careers in STEM-related fields.

Overall, five teams out of 21 won seed grants to pilot their idea in their home countries.