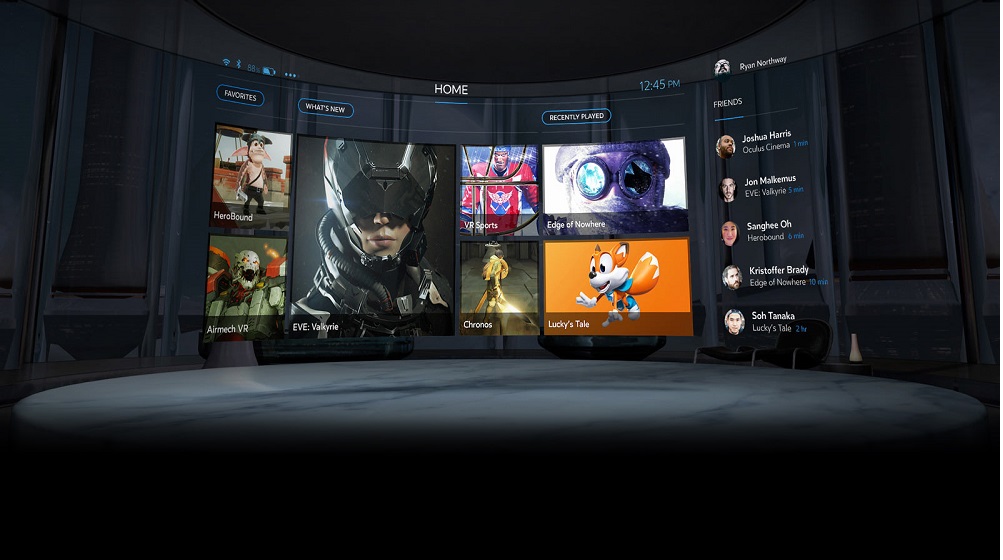 Hold your horses peeps the future has finally arrived! Your monitors are soon going to become outdated. Oculus Rift has taken their game to a new level. They have introduced a new customisable user interface for your VR Home space. The new interface has unlimited desktop space and will be taking place of your conventional monitors.

The new interface is like one of those interfaces you saw in movies back in your childhood where the screen dangled in mid air and you could navigate through it just by swishing of your hand. Your wildest dreams are finally coming to life. The Minority-Report style interface would not only let you code but will also support all your favourite social media sites like Facebook and Messenger, YouTube, Spotify. It will even support an extension of Google chrome. All these apps were seen in the preview of the app picker.

The Dash allows you to do all the tasks a traditional monitor would support. You can multitask using this new interface. It will also allow you to code and use other computer apps all at the same time. You will even have access to all your computer apps along with core apps. The apps are pretty precise and look exactly like they would on your normal monitor screen.

Good News For The Developers

Coders and developers are going to be able to code and debug apps using Visual Studios, Unity and Unreal. The interactive outlook will make the job easier and interesting for the developers.

The interface will also solve the problem of rigging together multiple screens that the coders require during their development process. Oculus turns your whole surrounding into a screen where you can swipe through the screen you are working on and shove the others behind you.

What Makes The Interface So Cool?

The interfaces are completely customizable. You can embellish your screen with your all your wildest though sensible desires. You can even put up your in-game trophies and achievements. You can even play all your childhood games.

Plans For The Future

Oculus is working on making it possible for the users to hang out with their friends inside their Home space. They want to adopt sims approach which will enable the users to build their own homes around you in VR. They hope that their developments will get the users completely hooked to their products.

For many, the idea of spending the whole day in a VR might seem exhausting, but for others sci-fi freaks it will be a dream come true. Oculus Core 2.0 will roll out in beta version in December.