The stock market saw an impactful bullish session after a long time with impressive volumes  as ousted Prime Minister Nawaz Sharif, his daughter Maryam Nawaz and her husband retired Captain Mohammad Safdar were indicted by an accountability court in Islamabad on Thursday. 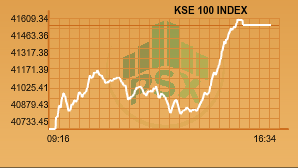 The market went up to an intraday high of 881 points over the indictment of ousted Prime Minister’s family.

Fertilizers, Cement, Steel, Oil and gas were the main sectors that brought up the gain today. Pakistan Stock Exchange performance year to date has yielded a return of -14.81%. Fertilizer Sector on the other hand has not fared any better. With a return of -16.71% during the last 10 months, the Fertilizer Sector is trading at a Price to Earning Ratio of 4.61.

Volumes were impressive today as the All shares index had a traded volume of 232 million shares Overall, stocks of 356 companies were traded on the exchange, of which 272 gained in value, 71 declined and 13 remained unchanged. In KSE 100 113 million shares were traded with a net worth of just Rs 9.11 billion. 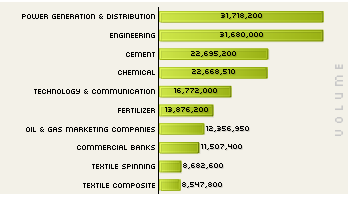