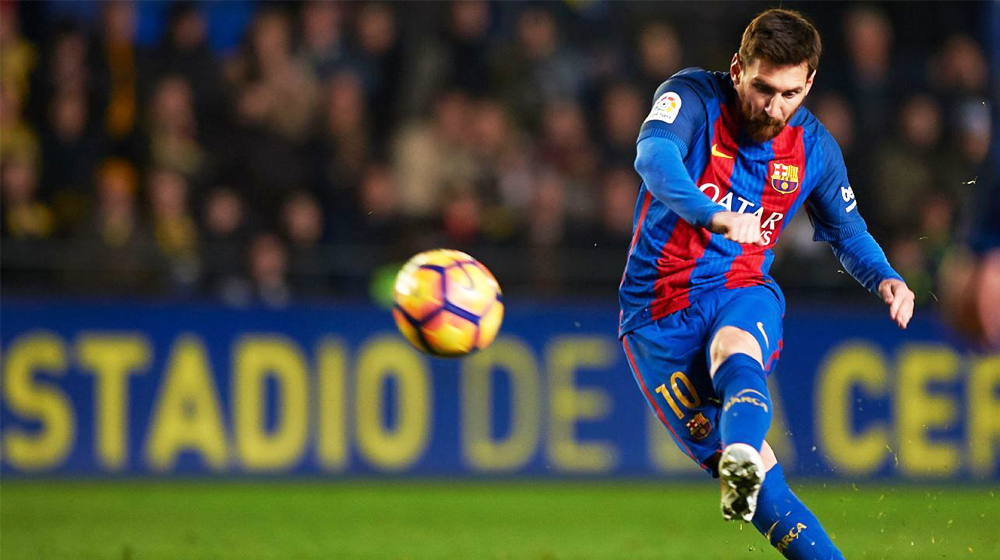 Lionel Messi reached the 100 European goals tally on Wednesday after he whipped a free-kick through goalkeeper Silvio Proto’s gloves in Barcelona’s 3-1 Champions League victory over Olympiakos.

Messi, at the age of 30, is only the second player ever to reach this landmark after Cristiano Ronaldo, who brought up his century of European goals earlier this year.

However, Messi has reached the 100 goals tally in 122 games compared to Ronaldo’s 151; becoming the fastest player to reach the landmark.

The Argentinian started Wednesday’s game with 99 goals, with 96 of them in Champions League and three in European Super League.

Messi began this journey in 2005, when he was just a teenager, scoring his first ever European goal against Panathinaikos.

Cristiano has since then moved to 113 goals, which also includes the penalty he took in Madrid’s 1-1 draw with Tottenham on Tuesday.

Messi has now scored 522 goals in 596 appearances for Barcelona and is now the third most capped player at the club after Iniesta and Xavi Hernandez who have represented Barcelona 641 and 767 times in their career.