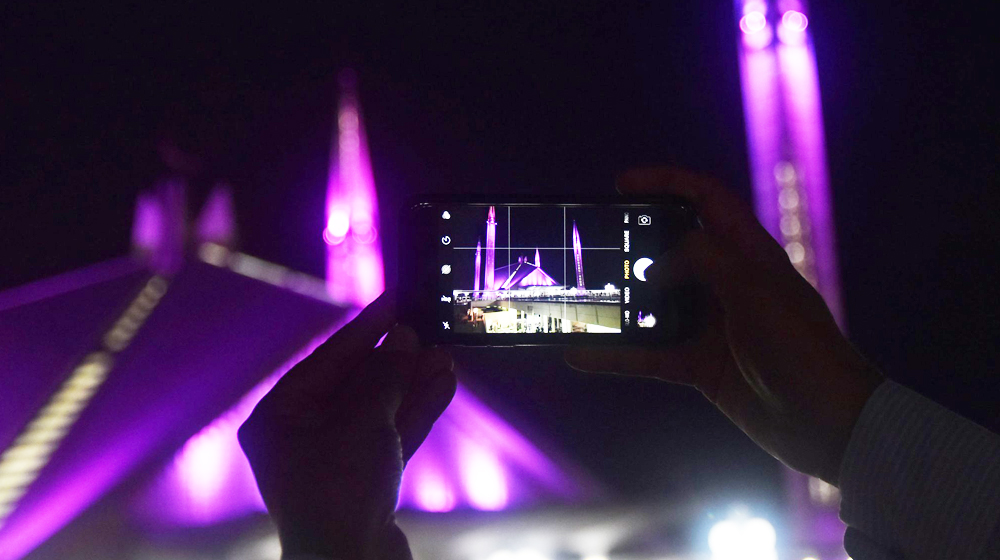 Monday saw Faisal Mosque go pink in solidarity with the breast cancer patients and survivors. It was done as part of the awareness and solidarity campaign that is being observed all over the world.

Pink Ribbon and CDA collaborated to increase awareness among people about breast cancer and its early detection. In addition to lighting up the Faisal Mosque in pink, CDA commemorating the month of October as PINKtober.

Dear @pid_gov, here are a few more pics of Faisal Mosque, you can share these with or without credits. #Islamabad #Pakistan pic.twitter.com/aFPIZeGojS

An event was also organized in the lawn of Faisal Mosque where people were briefed about various symptoms of this disease and how timely detection benefits the patients.

This is not the first time that a public building has gone pink. In the start of October, Parliament House in Islamabad also lit in pink to draw attention towards breast cancer which causes 40,000 deaths every year and more than 90,000 are diagnosed with it.

Government of Pakistan and Pink Ribbon also collaborated last year for the same purpose. Mazar-i-Quaid was illuminated in pink lights to show that Pakistan stands with the victims. 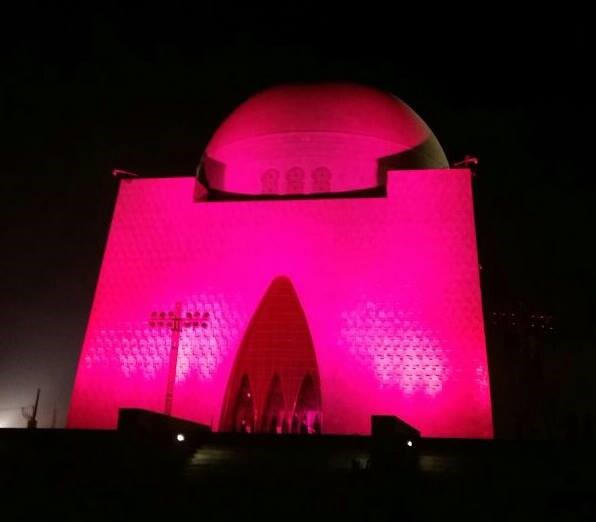 Other historical buildings that make the cut in this global campaign are Minar-e-Pakistan and Wapda House Lahore. 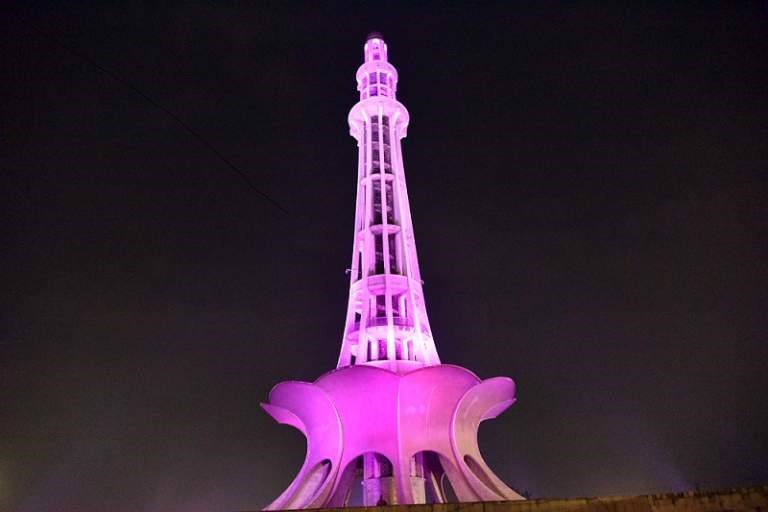